Since we are going to be on the road for the next couple of days, yesterday we slept in for a while, neither one of us willing to poke our toes out from under the covers to greet the chilly morning air. When we finally did get up, we had a quiet morning, with our usual routine of checking e-mails and our favorite blogs, and checking my sales stats on Amazon.

I spent two or three hours working on trying to get the links in the table of contents of my new travel book, Overlooked Arizona, to work. All I accomplished was to get myself very frustrated. I was ready for a break, so about 2 PM we took off with Greg and Jan for a road trip to the charming little Ohio River hamlet of Rabbit Hash, Kentucky. 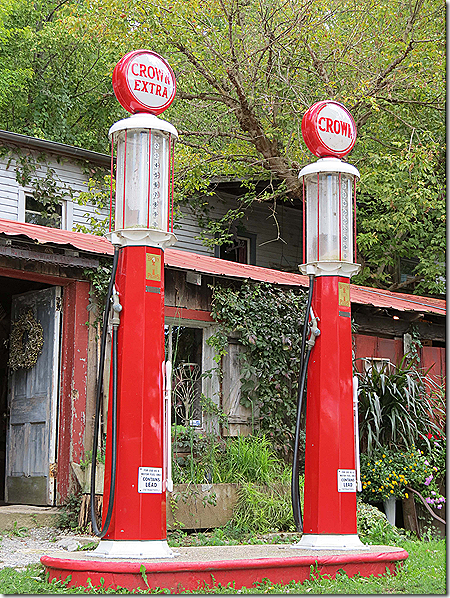 You’ve got to want to get to Rabbit Hash, because the place is so far off the beaten path that their mayor is a dog! I didn’t make that up, check the Rabbit Hash website if you don’t believe me.

But apparently a lot of people do want to get there, especially bikers. The narrow two-lane road through town was lined with motorcycles when we arrived. And I don’t blame them, the twisty roads leading into town are perfect for a motorcycle ride on a crisp Fall day. 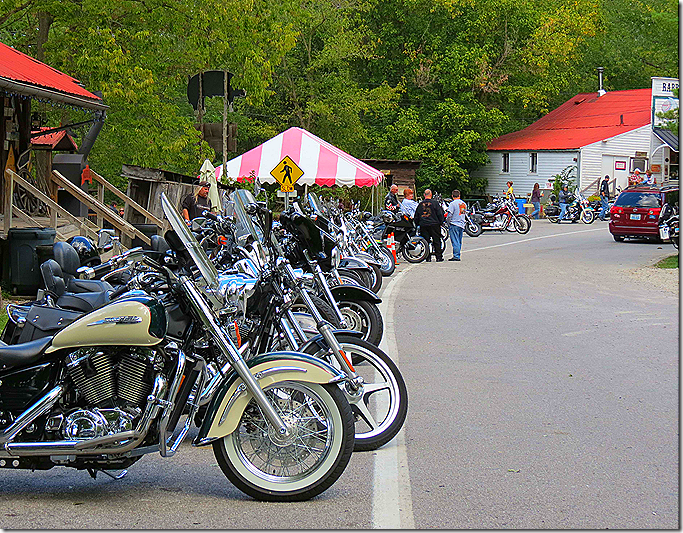 But if you don’t like adventuring on 2 wheels, maybe this beautiful old Chevrolet Super Sport is more your style. 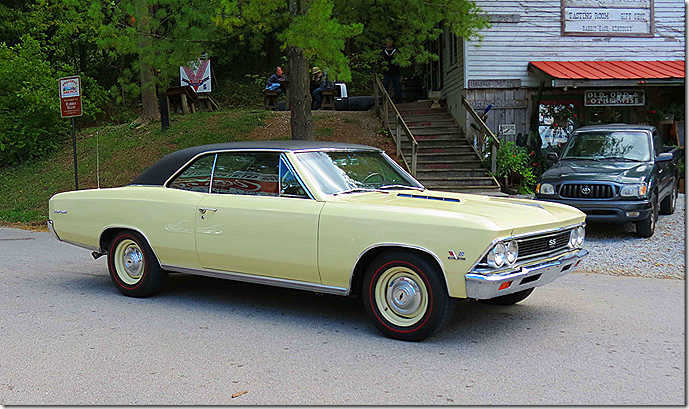 Like so many of the small towns along her path, Rabbit Hash owes her very life to the Ohio River. Settled in the early 1800s, it was a trading center for farmers throughout the region. Unfortunately, the river was too shallow on this side to allow steamboats to land safely, so much of the river traffic was diverted to Rising Sun, Indiana, directly across the river. A ferry operated between the two towns, giving Rabbit Hash citizens access to the rest of the world. Today a riverboat casino since on the Indiana side of the river is a popular attraction. 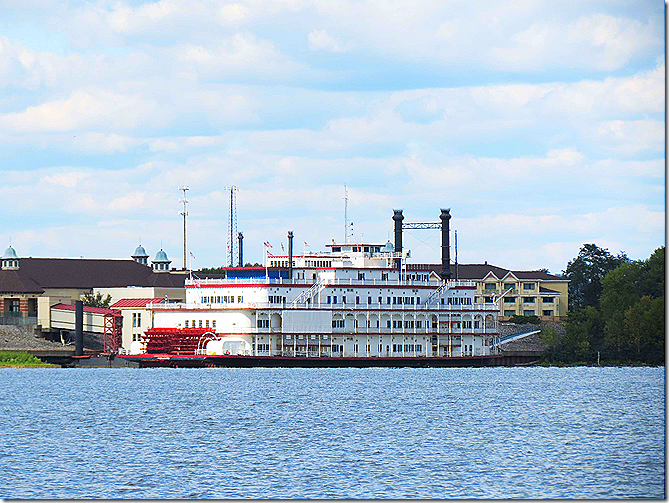 Rabbit Hash was also an important stop on the Underground Railroad and many slaves owed their freedom to the courage and dedication of the brave men and women who lived here and risked their very lives to help them escape.

The Rabbit Hash General Store is the centerpiece of the community, its crowded aisles filled with everything from souvenirs and snack foods to antiques and all kinds of other little treasures you didn’t know you couldn’t live without until you saw them. 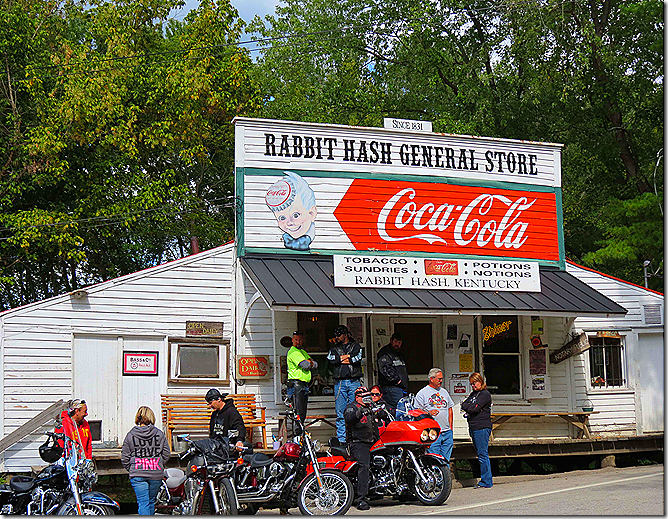 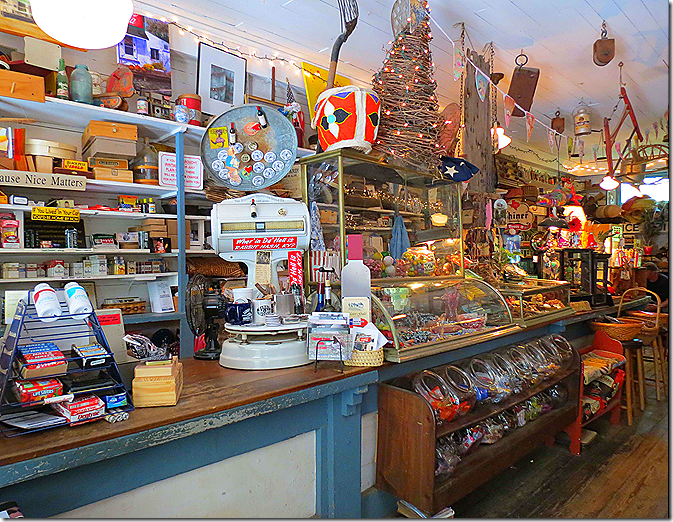 We spent a couple of hours poking around Rabbit Hash and then headed back across the river to Indiana. There’s something interesting to see around every bend in these country roads, whether it be an old pickup truck that’s seen better days, or a rustic old barn doing its best to stand upright for another season. 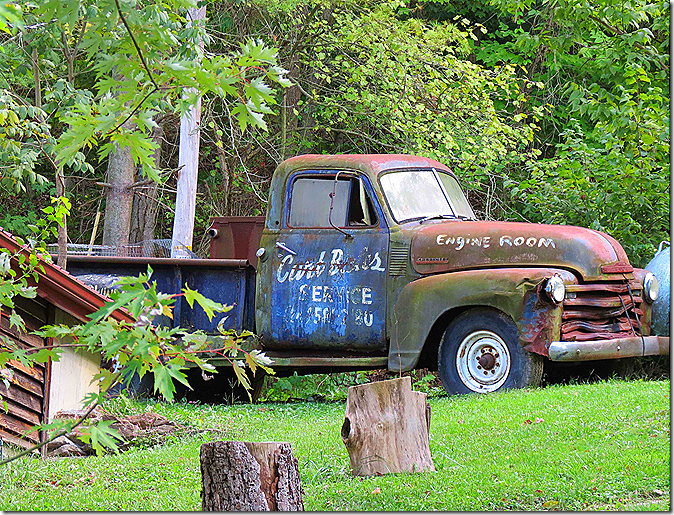 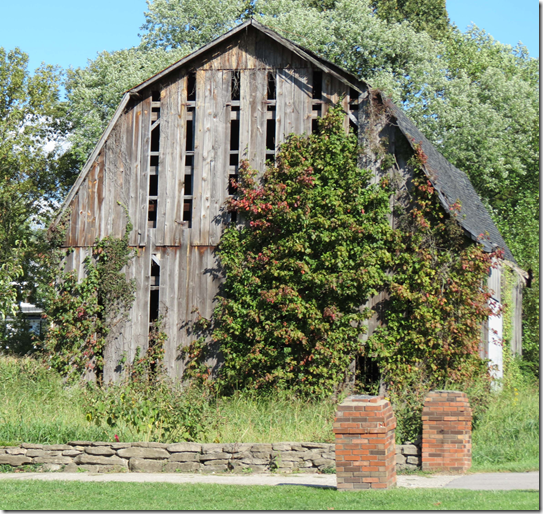 A lot of the barns around here have quilt designs painted on them and Terry told me you can actually find brochures with a self-guided driving tour in some of the visitor centers. We will have to give that a try one of these days. 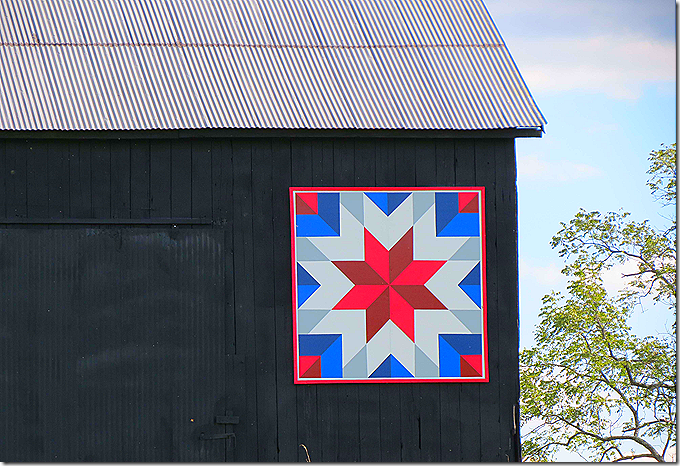 We went back to the Sherman House in Batesville for dinner because everybody wanted to try the German food one last time before we leave the area. Back at home I fought with the table of contents links again and after an hour or two I finally figured out what I was doing wrong, and then it was a quick job of adding them in. If all goes well, it should be live on Amazon Kindle today.

We’re headed out this morning for the Thousand Trails Preserve in Hershey, Pennsylvania, one of our favorite parts of the country. It’s a little over 500 miles, much of that on the very bumpy Pennsylvania Turnpike, so we will break it up into a two-day trip, spending the night somewhere along the way.

Thought For The Day – A friend of mine was complaining about how expensive his wedding is. He’s going to be really upset when he finds out what his divorce is going to cost him!