Yesterday we had a party to celebrate our good friend Al Hesselbart’s 70th birthday, which is actually today. But as I wrote a few days ago, when a guy gets that old, you don’t put things off if you can avoid it. Yes, Al’s gotten to that age when he doesn’t buy any green bananas, just in case. 🙂

Terry, Chris Yust, Brenda Speidel, and Barb Westerfield were busy all day, preparing a feast that would have made a Pilgrim turn green with envy. Chris grilled up chicken, pork chops, and smoked sausage. Terry made a Faro salad, red pepper garlic humus, and six loaves of her oat flax bread. Barb made up several vegetable and fruit trays, and a delicious treat of baked parmesan cheese. Brenda prepared corn on the cob and a delicious banana pudding for dessert. There was a lot more, and it was all delicious!

And, of course, the company was even better than the food, if that was possible. Here is the birthday boy, flanked by Ron and Brenda Speidel. Brenda’s job was to nudge Al in the ribs from time to time to keep him awake. Ron was just there to provide eye candy. 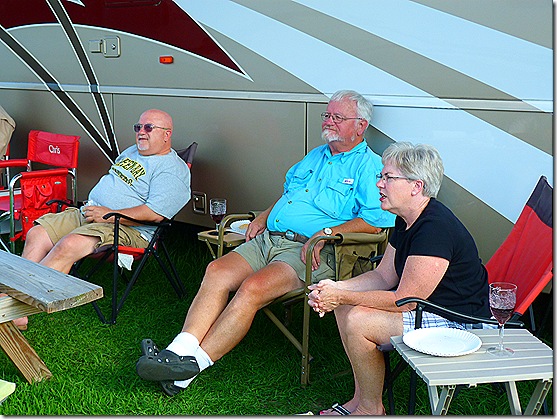 I’m not sure what Tom and Barb Westerfield were talking about here, but I’m sure it wasn’t as serious as it looked. Mainly because when this crowd gets together, there’s not much serious conversation going on. 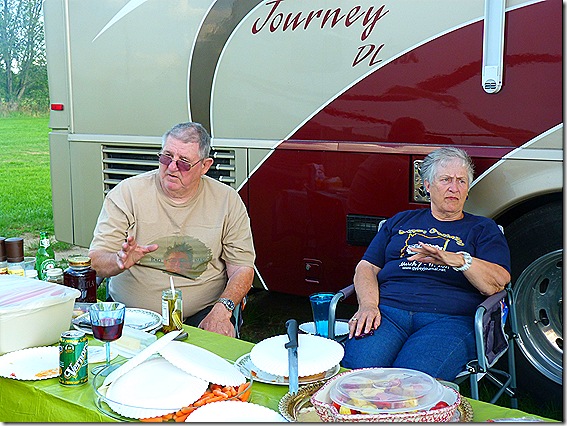 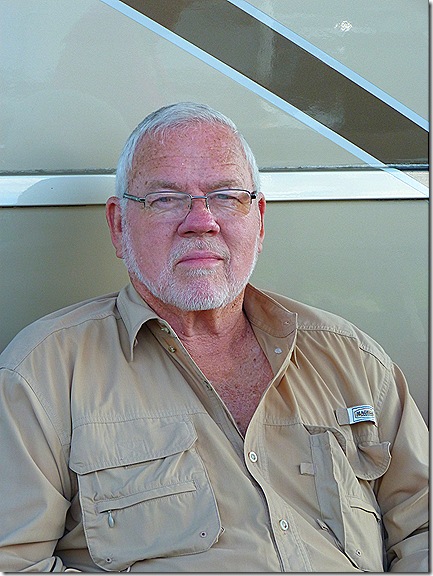 As you can see from this picture, she’s never serious! 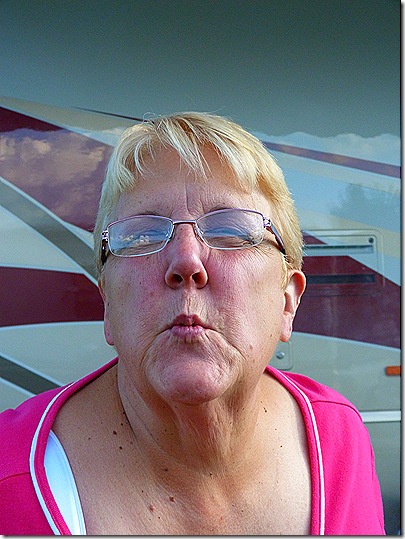 And here is Miss Terry, looking beautiful, as always. 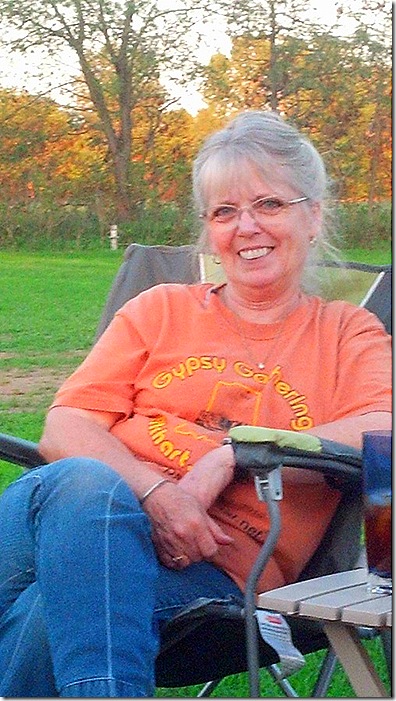 We had a great time visiting, enjoying a wonderful meal, and hopefully letting our friend know just how much we all love him. Happy birthday, Al!

Today Charles and Chris are leaving for Goshen, where they will be vendors at an RV rally. From there, they will be going down to Indianapolis for the big FMCA rally.

Ron and Brenda will also be pulling out, heading for Celina, Ohio. Ron is going to check out a couple of things in advance for me for the rally. The fairgrounds manager in Celina that we have worked with in the past has left for a new position, and things were a bit confused the last couple if times I’ve talked to the folks there. Nothing major, I just want to be sure there won’t be any surprises when we get there next week.

Tom and Barb will also be leaving in a couple of days, headed for the FMCA rally in Indianapolis.

We won’t have to miss our friends for very long, because the whole crew, along with Mike and Elaine Loscher, and Greg and Jan White, will all be getting together in Celina to help us with the rally.

In the meantime, I guess Terry and I will be left without adult supervision. Whatever will we do?

Not to worry, we’ve got a lot to keep us busy getting the new issue of the Gypsy Journal mailed out, collecting door prizes for the rally, and a few hundred other details that need to be attended to before we leave for Celina. It won’t be long now!

Thought For The Day – A kite rises against the wind, not with it.