Yesterday morning we left the motorhome at the Beacon Elks Lodge to go back and spend the day at West Point. But this time, instead of taking the more direct route across the Hudson River on the Newburgh-Beacon Bridge and then taking Route 9W to the Military Academy, we took a more scenic route.

We stayed on the east side of the Hudson and drove south on Route 9D, pausing in the charming little communities of Cold Spring and Garrison to enjoy views of the river and across the water to West Point. 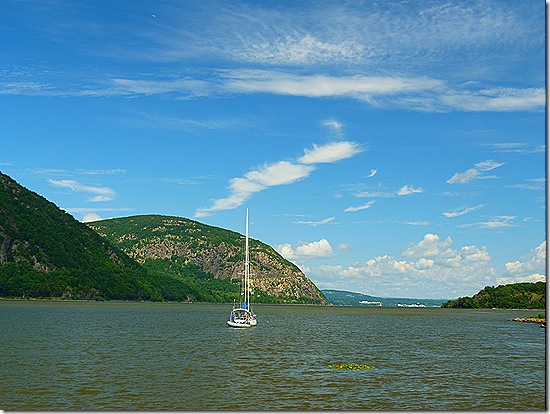 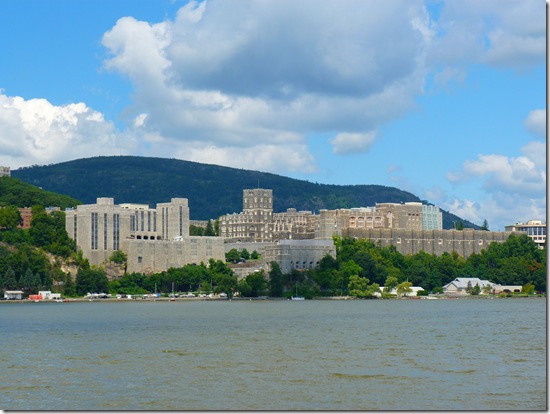 We crossed the river on the Bear Mountain Bridge and then it was a short drive to Highland Falls, where we visited the West Point Museum. 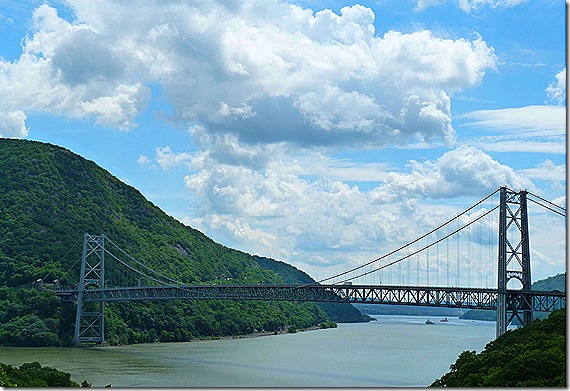 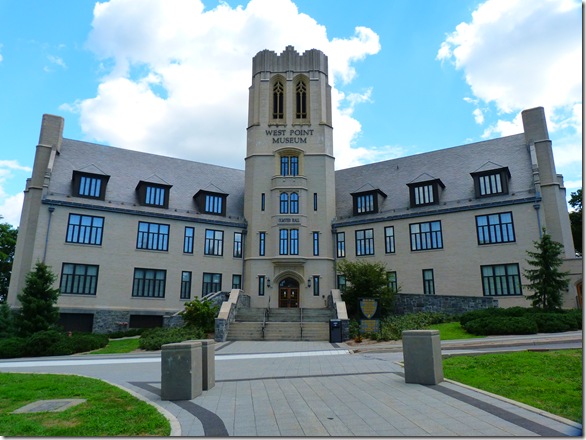 I mentioned in yesterday’s blog that I spent some time as a firearms instructor at West Point a long time ago. It was a great job; we worked a lot of hours during the summer training not only cadets, and but also regular GIs, National Guard, Army Reserves, and occasionally even police officers. But during the wintertime things were much slower, and if we didn’t find a job, the officers would find some way to keep us busy.

Way back in the winter of 1973–74, myself and a couple of my partners in crime finagled our way into cataloging all of the small arms in the Army Museum. The collection there is amazing, everything from ancient flintlock pistols to the modern stuff. There were also quite a few weapons owned by such notables as General Patton, George Armstrong Custer, and even Adolph Hitler. We disassembled and inspected each gun, test fired it if it was safe to shoot, wrote an inventory number in yellow paint stick on the butt or grip, and an index card for each weapon. Even today, nearly 40 years later, here is my handwriting (or should I say hand numbering?) on some of those old guns! 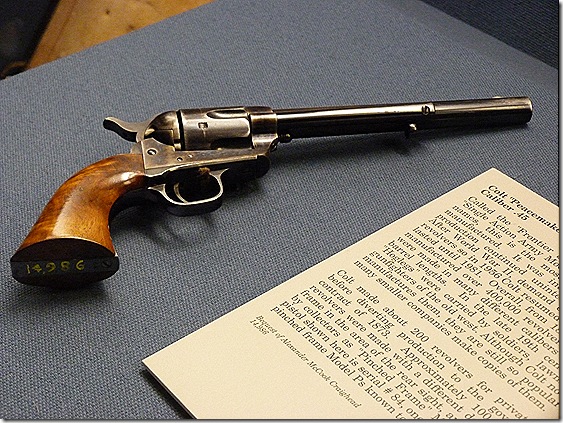 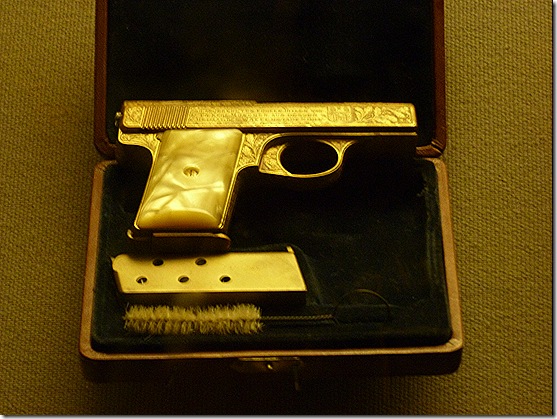 When he wasn’t strutting around with two pearl handled revolvers, General George S. Patton carried a Thompson submachine gun, more commonly called a Tommy gun. After my third worn out M-16 failed on me, I lugged one of these around Vietnam for a while. These were three of the guns I test fired over that winter way back then.

This is an AK-47 with its wicked bayonet extended. This has been the weapon of choice of many communist countries for decades and is still used around the world today. I’ve been on the receiving end of one of these puppies, and it wasn’t nice!

When we left the museum, we drove onto the Academy grounds and spent several hours playing tourist. This is Battle Monument, the centerpiece of Trophy Point and probably the most popular place to visit at West Point. Miss Terry made me stand still long enough for her to take a picture of me at the monument. 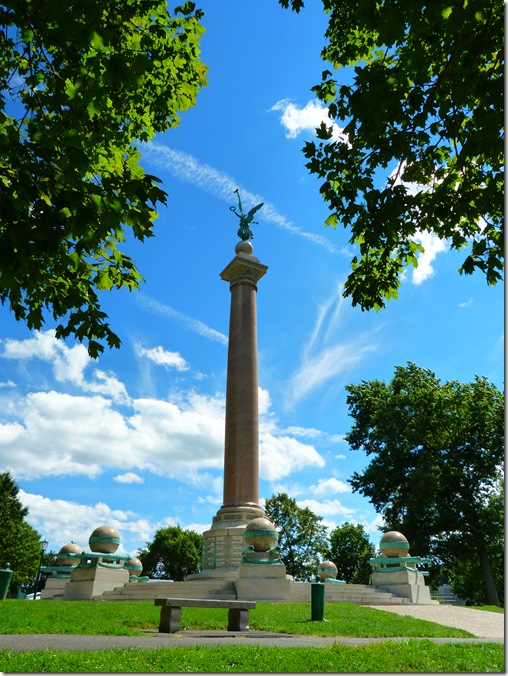 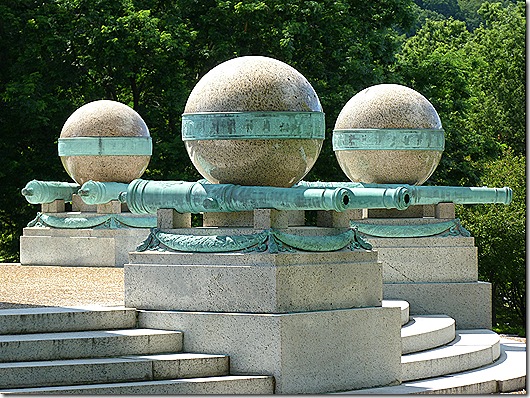 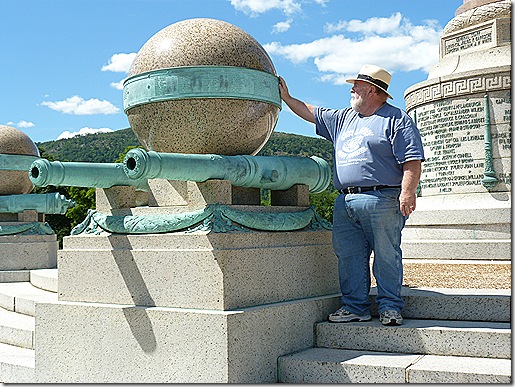 Trophy Point also has a lot of neat old cannon on display from many of our early wars. 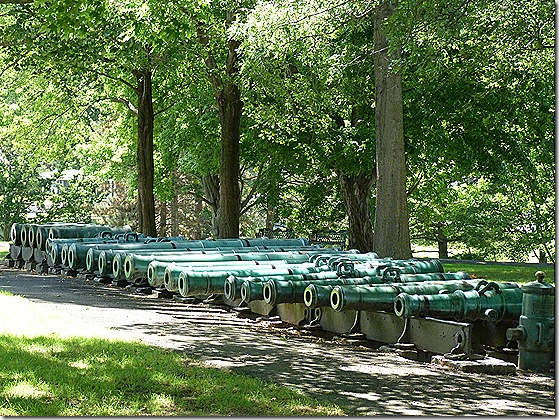 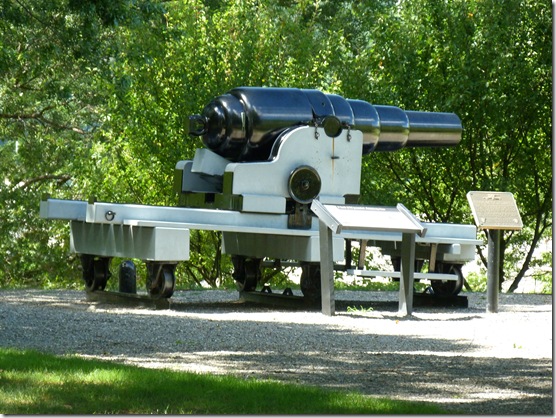 And these are links from the Great Chain, which was stretched across the Hudson River to block British ships from traveling upriver to attack West Point during the Revolutionary War. Each two-foot long link of the chain weighed 114 pounds. Eventually the chain was melted down and the metal was used in other building projects at West Point. But these thirteen links were saved and have been on display at Trophy Point ever since. 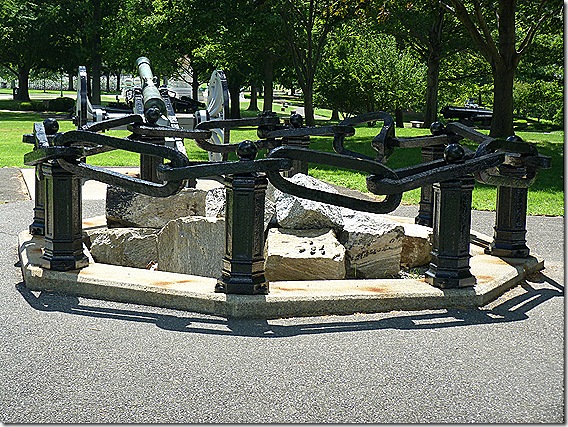 Our next stop was the West Point Cemetery, the final resting place of heroes from so many of our nation’s wars, and famous military leaders who helped shape our country’s destiny. 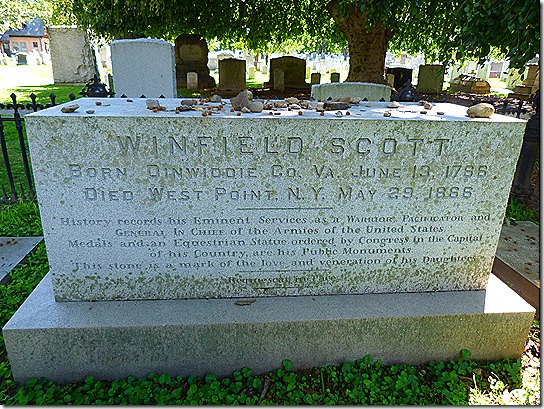 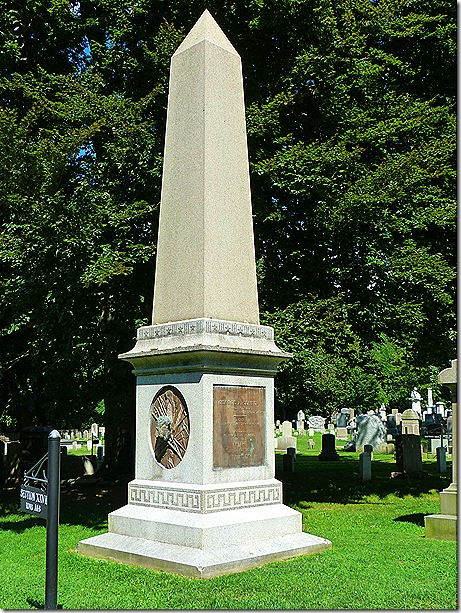 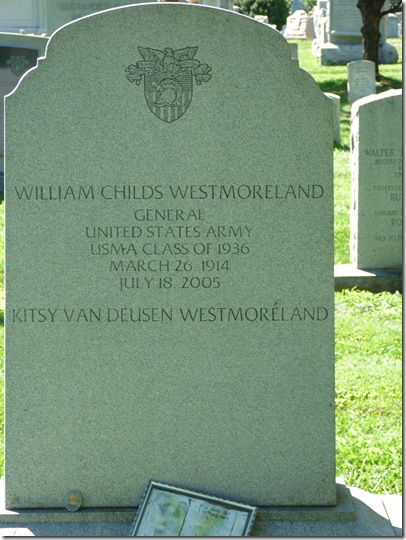 You may remember the old classic movie The Long Grey Line, in which Tyrone Power played the role of Marty Maher, a feisty Irish immigrant who worked his way up from dishwasher to noncommissioned officer to athletic instructor during his 50 year tenure at West Point. Sergeant Maher is buried in the cemetery, and visitors leave coins and other tokens of respect on top of his headstone. 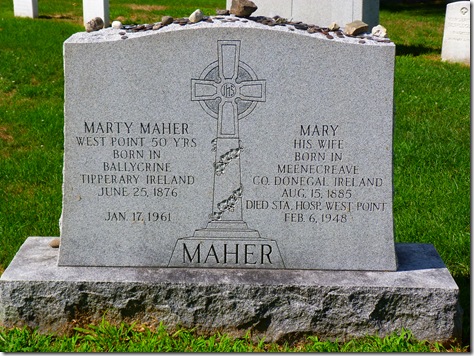 We spent hours wandering around the Academy, and I’m sure by the time we finally left, poor Terry had seen enough gray granite and statues of old soldiers to last her a lifetime. But she suffered in silence because she knew how much going back to West Point meant to me.

Soon after I came to West Point, another soldier, who was from Brooklyn, asked me if I wanted to split a pie with him. I asked him what kind of pie, and he said, “A tomato pie, what else?” I had no idea what he was talking about, but soon learned that folks in this part of the world called pizza a pie! I had eaten frozen pizza few times, although not that much, and I could take it or leave it. That all changed the first time I bit into a slice of Tony’s Pizza at West Point, and the rest is history. If you have read my blog for very long at all, you know that we love pizza.

Tony’s is still in business, so you just know we had to try it, to see if it was as good as I remembered. Oh yeah! This was the one that started it all. I was a skinny runt back then, but Tony’s Pizza was the beginning of my downfall. And it was worth it! 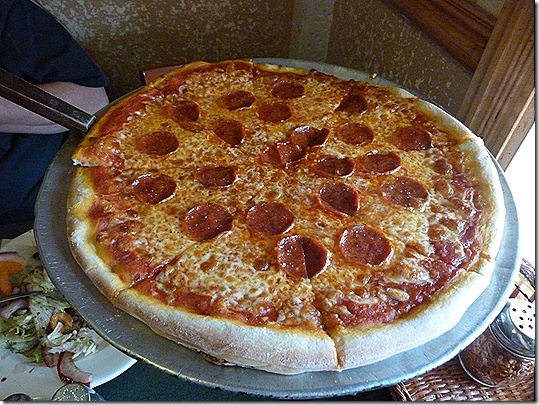 Driving back to Newburgh to cross the river and go home, I took Terry down windy, twisty Route 218, one of the most curvy roads you will find anywhere, but also one of the most scenic. It clings to the side of the mountain and offers some spectacular views. If those curves and the rock wall seem familiar to you, it’s probably because you have seen them in many automobile commercials on television. 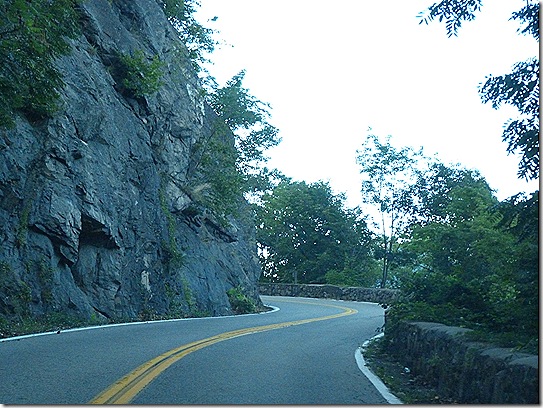 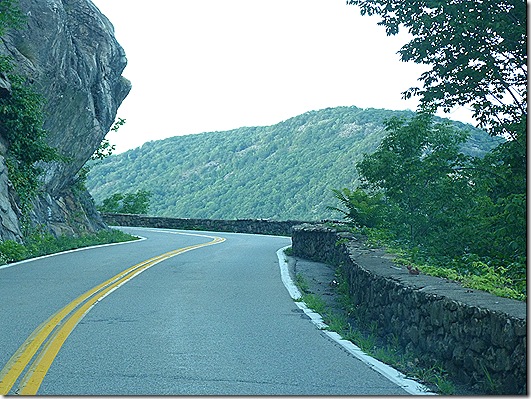 We have enjoyed our time in New England, but it’s time to get back to work. We’re leaving today, headed back to Elkhart Campground so I can get the next issue of the Gypsy Journal ready to go the printer before we have to go up to Traverse City, Michigan for Terry’s annual oncology checkup. It’s about 700 miles to Elkhart, and if all goes well we will roll in there sometime Wednesday afternoon or evening..

Thought For The Day – The secret to getting ahead is getting started. – Agatha Christie

15 Responses to “A Day At West Point”