Yesterday I got to cross one more thing off my bucket list when we spent the day exploring Cape Cod. Ever since the first time I heard the old Patti Page song about the Cape back when I was a kid, I have wanted to go there. I’m glad I went, because now it’s behind me and I don’t have to do it again anytime soon!

There are two routes out to the Cape, US Highway 6 and US Highway 6A. Friends had told us that 6A was the slower route, but we that would see more along the way. And we did; we saw yuppified shops with yuppified names, and we saw endless lines of restaurants, all of them selling lobster, which the locals refer to as lobstah. 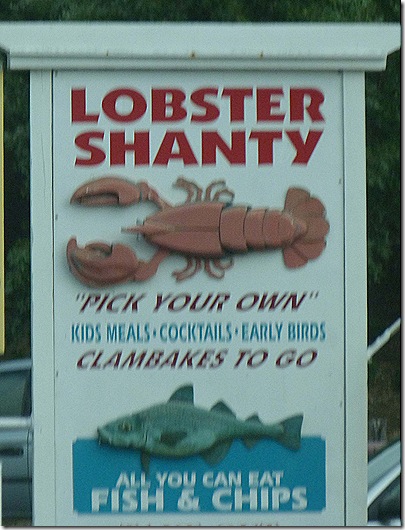 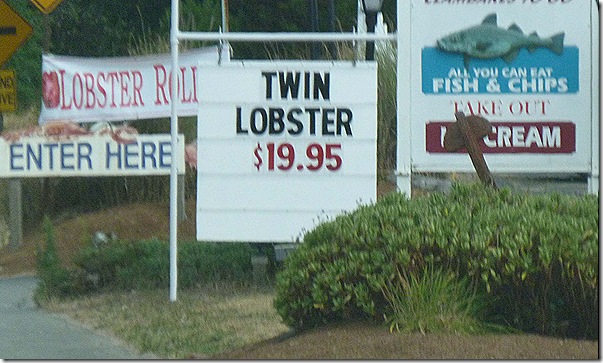 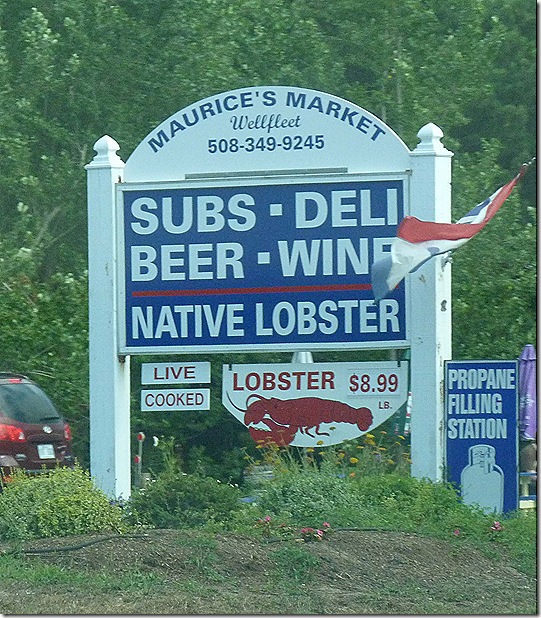 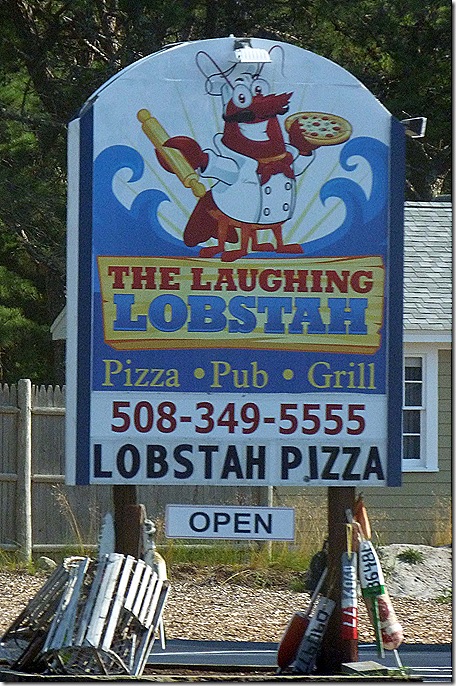 And did I mention the traffic? There was a lot of traffic. I mean, a lot of traffic! In fact, when we stopped at the National Park Service Salt Pond Visitor Center, where we watched a couple of videos on the Cape, I mentioned all of the traffic to the nice lady behind the desk. She told me, no I hadn’t seen any traffic yet. I disagreed, and she said, “Come see me after you have been to Provincetown.”

The closer we got to Provincetown, the heavier the traffic got. And as we’ve seen all over New England, people just go where they want, turn when they want, change lanes when they want, and they expect you to get out of their way. 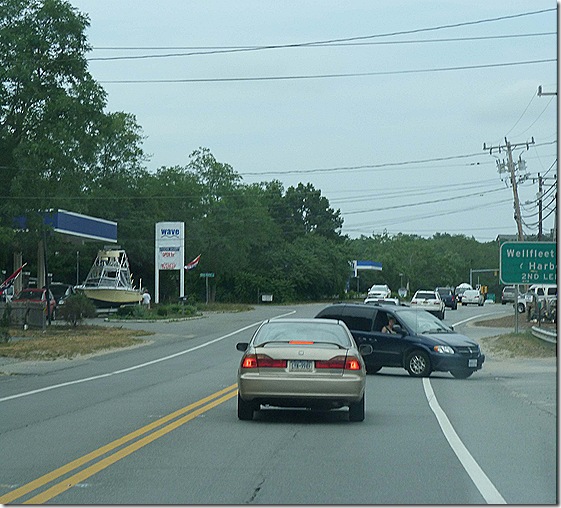 Since we were on an island, or a peninsula, whatever the heck Cape Cod is, we thought we would get a lot of views of the ocean, but we didn’t. There are too many trees, houses, and businesses, and the highway doesn’t really go that close to the water. We had the same experience when we drove to Key West a few years ago. Even though the Keys are a series of islands, for much of the way you down, don’t really see the water.

That’s not to say that we didn’t enjoy the Cape. There’s a tremendous amount of history here, and if we ever did come back, it would be in the spring or fall, when things are a little less crowded.

We stopped at Marconi Beach where the parking lot was packed, but we did manage to find a spot and walked up to the beach overlook. You know those beaches that Patti Page sang about? Well, here you go! A narrow strip of sand that was absolutely packed shoulder to shoulder with people. If it weren’t for all the cute little gals in their cute little skimpy bikinis, it would’ve been a totally wasted trip. 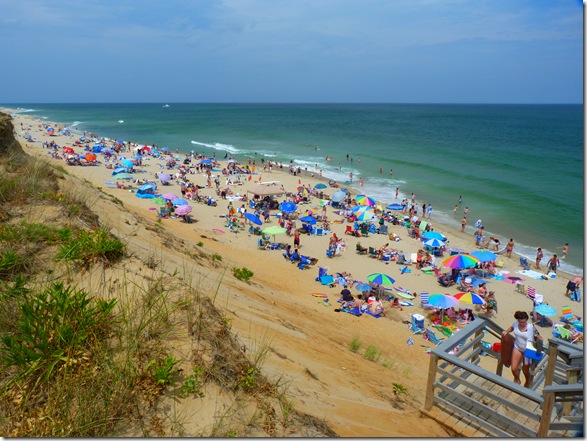 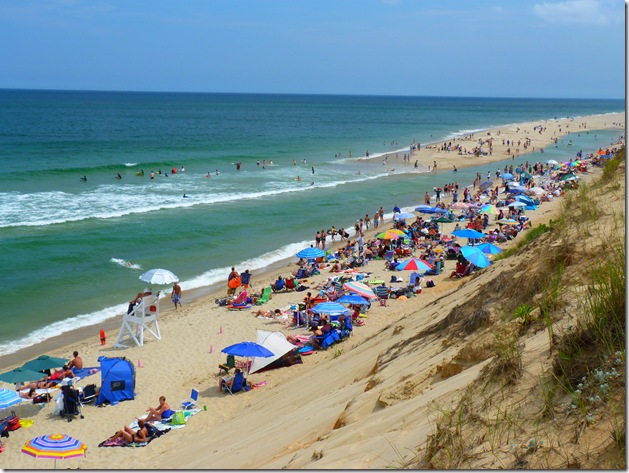 Driving back to the highway from Marconi Beach, we stopped at the Marconi Station Site, where the first wireless telegraph message was sent from the United States to England, in 1903. The station was also one of the first to receive a distress message from the Titanic when it sank in 1912. There isn’t much left of the old station these days, just a few pieces of concrete foundation and some heavy iron chain. 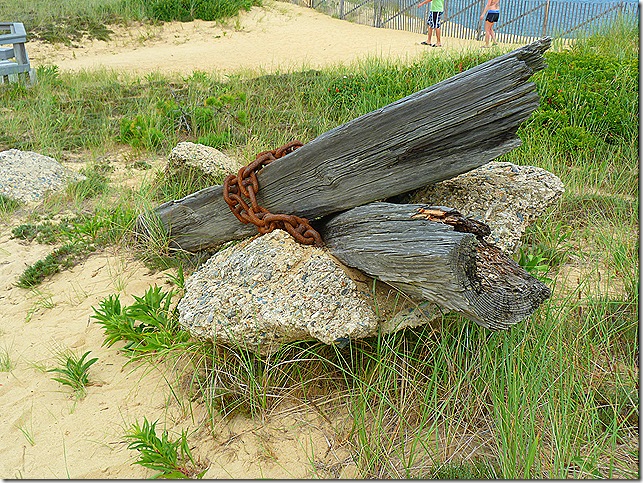 We did enjoy much better views of the beach here. The cliffs above the beach are very unstable and people are not allowed down there due to the danger. These are the kind of vistas I came to Cape Cod to see. 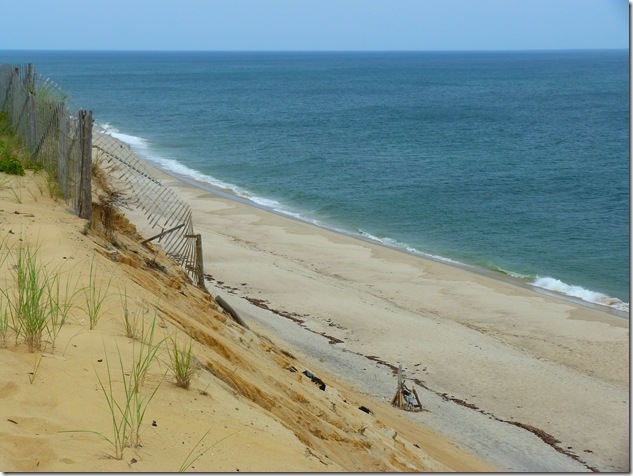 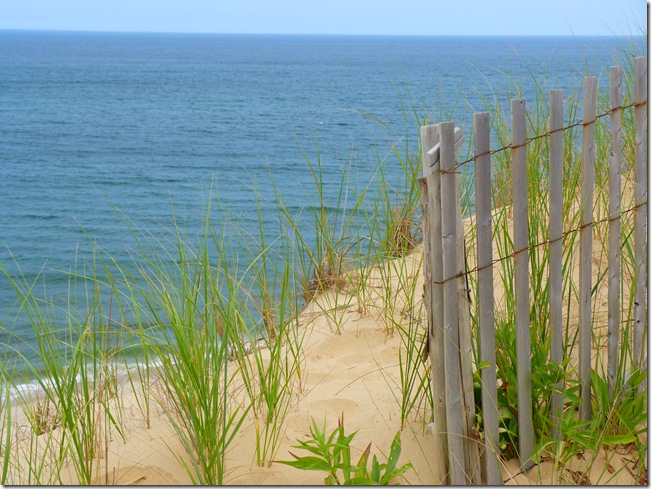 And what’s a trip to Cape Cod if you can’t see a lighthouse? We have seen a lot of lighthouses over the years, on the Great Lakes, the Gulf Coast, and in the Pacific Northwest, and we always enjoy them. How can you not love lighthouses?

In several places we stopped, we came across this very neat old 1949 Hudson. My dad had several Hudsons when I was growing up, and they were always very cool cars.

And then there are some sights you just can’t explain. When we saw this, I realized there is a point in pet ownership when you have to ask yourself who owns who? Give me a break! If I tried this with any of the German shepherds or spaniels I’ve owned over the years, they would have probably ripped my ears off. When I look at this lady’s hand, I really have to wonder where that thumb is! 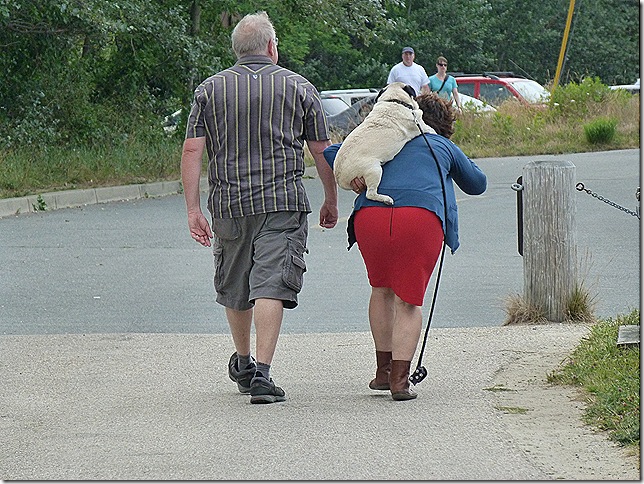 When we got near Provincetown we stopped at the Province Lands Visitor Center, and from the observation deck we were lucky enough to spot a couple of whales spouting a mile or so offshore. They even breached several times. It was a long distance away, and Terry was using her camera without a tripod, but she did get a few pictures. That alone made the trip worthwhile. 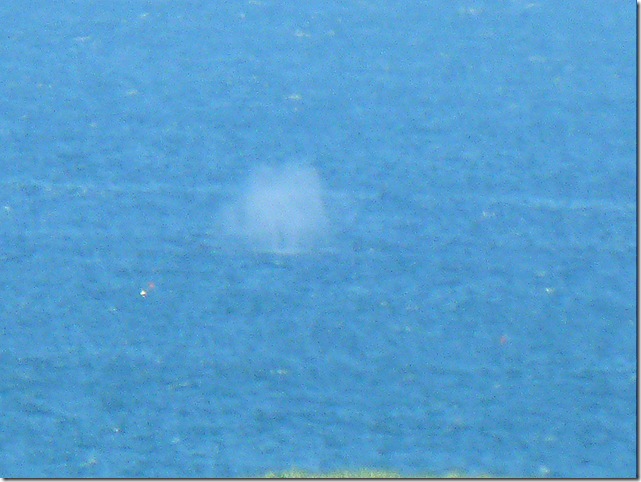 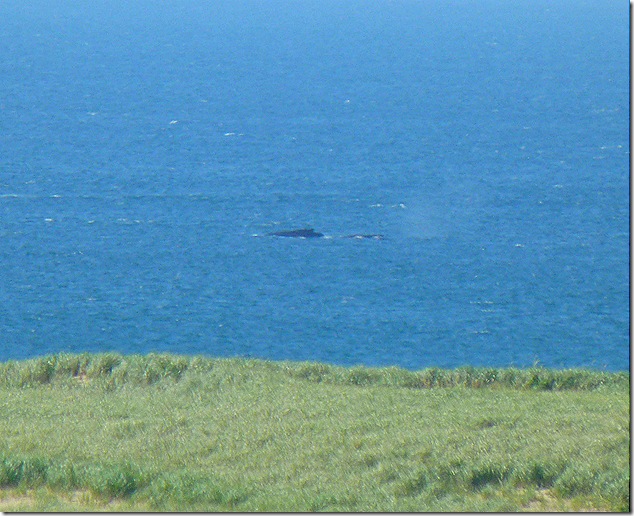 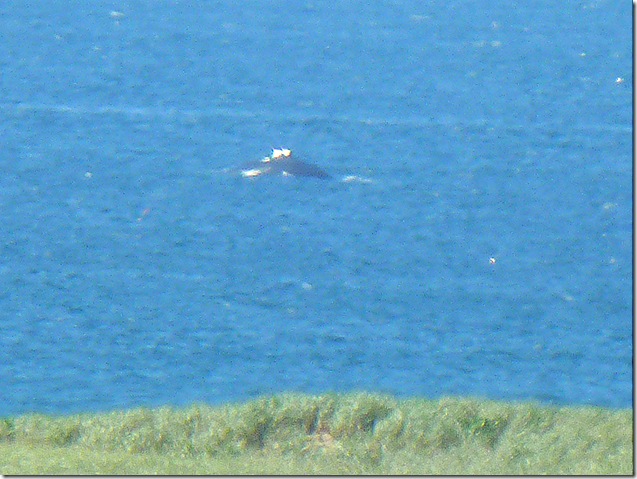 Provincetown was incredibly crowded, with narrow streets and more traffic than you would think could possibly be in one spot. Within a block or two I had to agree with my friend back of the Salt Pond Visitor Center. Until we got to Provincetown we hadn’t seen anything yet.

We wanted to stop and see the Pilgrim Monument in Provincetown, but it looked like we would have to park a couple of miles away and walk back to get there. Terry and I just don’t handle that many people in that small of a space well, so we didn’t linger long in Provincetown. 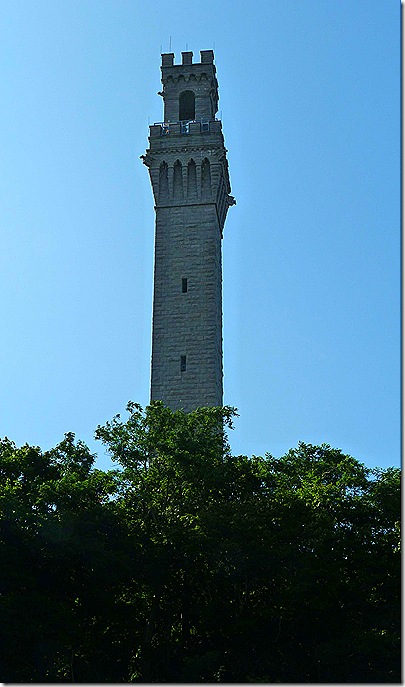 We took US 6 back, which was indeed a quicker trip, but that didn’t mean there still wasn’t a lot of traffic to deal with. By the time we got to Sandwich, it was after 6 PM and we hadn’t eaten all day so we stopped at Marshland Restaurant and Bakery, which is very popular with the locals. Think typical diner, where you sit in booths or at the counter, and where the portions are huge.

Terry had a baked seafood platter, which included a stuffed quahog, which is a scooped out clamshell that is filled with a concoction of clam meat, stuffing, and spices and then baked. She said it was good, but there was a lot more stuffing then there was anything else. Even so, of the three places we’ve had seafood while we have been in this area, it was head and shoulders above the others. We would definitely go back again.

It was about 8 o’clock when we got back to the campground and we were tired from our long, busy day on Cape Cod. But we learned some things, we saw a lot of neat things, and we added more treasures to our memory bank.

We’re supposed to have rain today and since we spent the last two days playing tourist, I think today we’ll just stay home and take it easy. Terry has a crochet project she is just about finished with that she wants to get wrapped up, and she said if I’m really good she’s going to make pasta for dinner. Among my favorite dishes that Terry makes, which is just about everything Terry makes, her homemade pasta sauce is real high on the list.

6 Responses to “Whales, Lobstah, And Lots Of Traffic”