Although she was tried and acquitted for the crimes, most people believe that Lizzie Borden killed her father and stepmother with an ax at their home in Fall River, Massachusetts, in 1892.

You all remember the song we learned as kids, “Lizzie Borden took an axe and gave her mother forty whacks. When she saw what she had done, she gave her father forty-one.” In reality, Lizzie’s stepmother Abby suffered nineteen blows from the ax, and her father eleven, but you know how kids exaggerate. Aren’t those wonderful statistics to start your day with?

We spent the day in Fall River yesterday, and after dealing with the traffic, the crazy drivers, the road construction, and everything else, all I can say is, it’s okay Lizzie, I understand. If I had to spend much time there, it could turn me into an ax murderer too!

The home where the murders took place is now a bed-and-breakfast, and for a fee you can take a tour, by appointment. 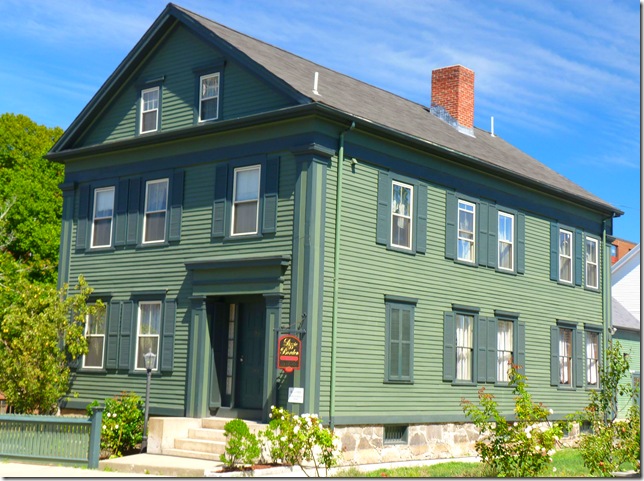 Lizzie’s father, Andrew Borden, her mother Sarah, stepmother Abby, her two sisters and Lizzie are all buried in the Borden family plot in Oak Grove Cemetery, a couple of miles from the Borden home. 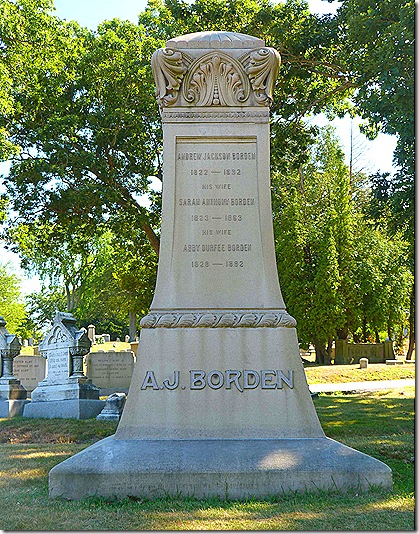 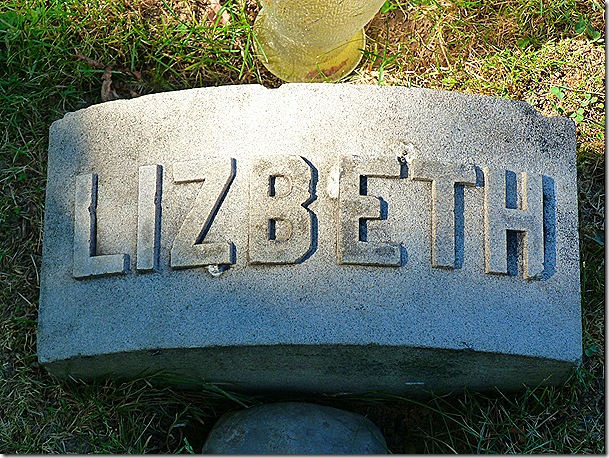 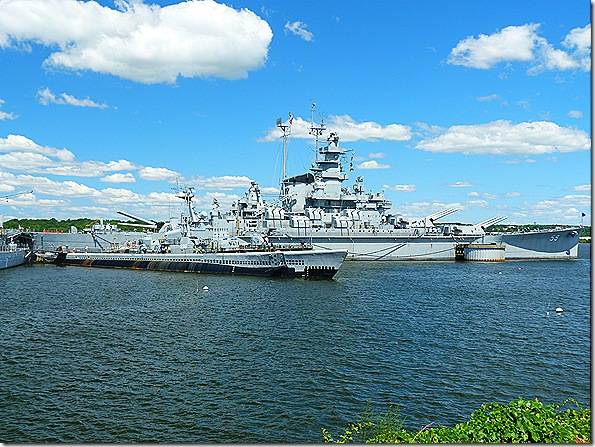 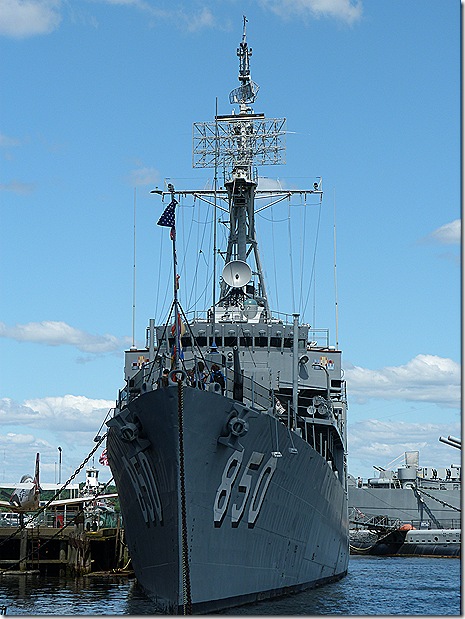 We spent several hours at Battleship Cove, watching a video on the role that PT boats played during World War II, touring the ships from stem to stern, and watching another video on the Battle of Midway in the South Pacific. After climbing up and down so many ladders, stepping over high gangways and hatches, and winding my way through narrow passageways below decks, I told Miss Terry that I was glad I was a grunt in the Army instead of a Navy squid. I may have had to walk over half of Vietnam, but at least most of it was flat!

Although I almost changed my mind when I read the menu posted aboard the Joseph P Kennedy Jr. Scrambled eggs, French toast, bacon, and cereal for breakfast? Hotdogs and grilled sandwiches for lunch? Roast beef, lasagna, and hamburgers for dinner? That sure beats the heck out of cold beans and weenies out of a can!

Sleeping and living quarters were cramped, at best, aboard battleships. 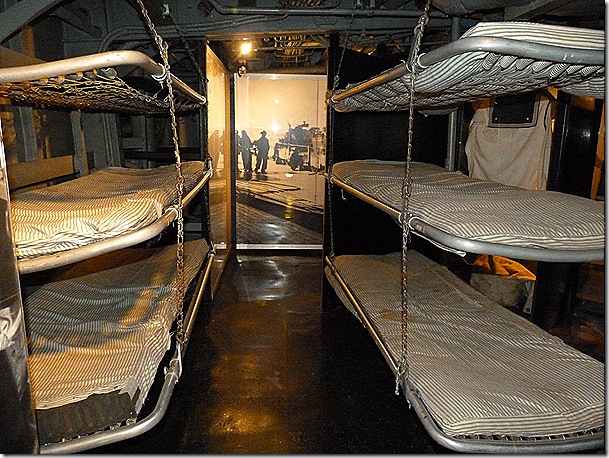 But how would you like to have these bunks, in the forward torpedo room of the submarine? Those green tubes below them are torpedoes. There’s nothing like sleeping on top of high explosives to make for a restless night! 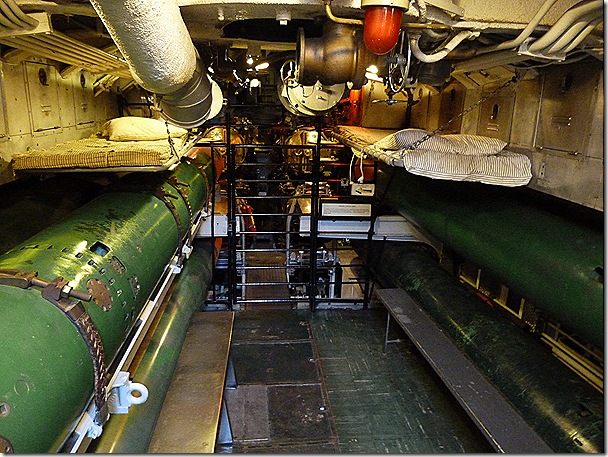 I would have hated to have been an enemy sailor looking across the water and seeing the Massachusetts aiming her guns at me. That thing had guns of every size bristling on every deck! Light machine guns, heavy machine guns, 40 mm guns, and her big guns, which fired rounds as big as Volkswagen’s, that cost as much a Chevrolets. 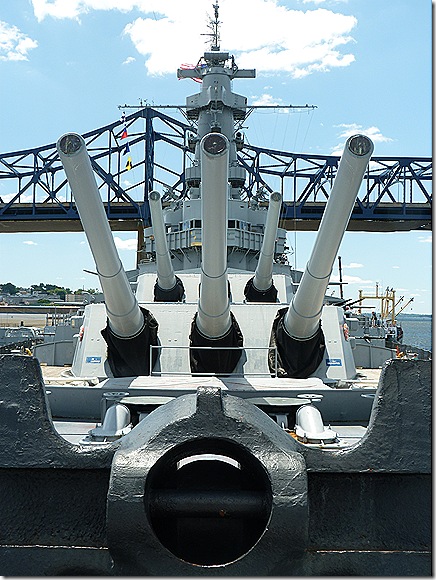 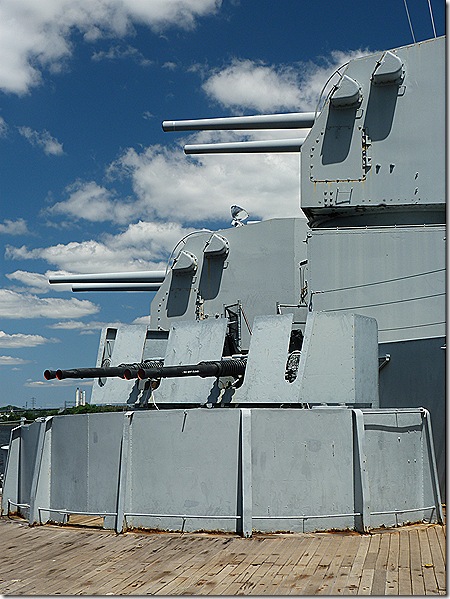 PT boats were like the waterborne version of fighter airplanes, fast, heavily armed, and crewed by fearless men who accomplished amazing things against overwhelming odds. 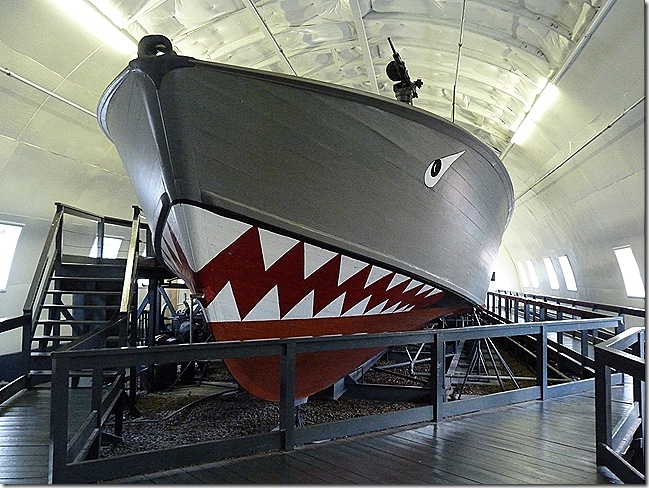 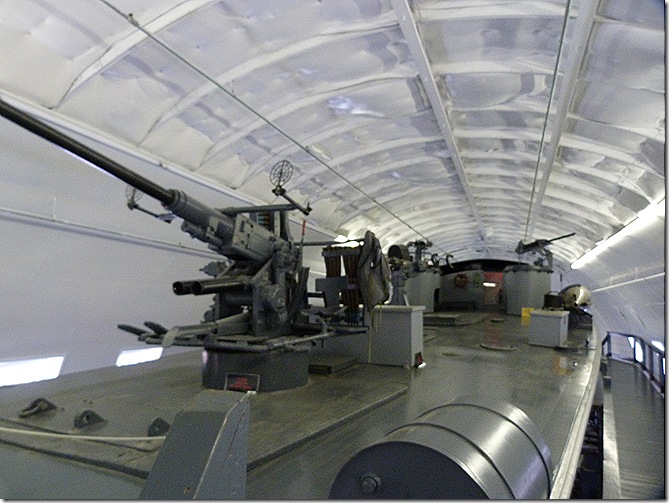 Battleship Cove is also home to a beautiful working carousel that was built by the Philadelphia Toboggan Company in 1920, and was located at nearby Lincoln Park until 1986. It has been completely restored and is housed inside a building constructed just for it. The beautiful old carousel is a true work of art. 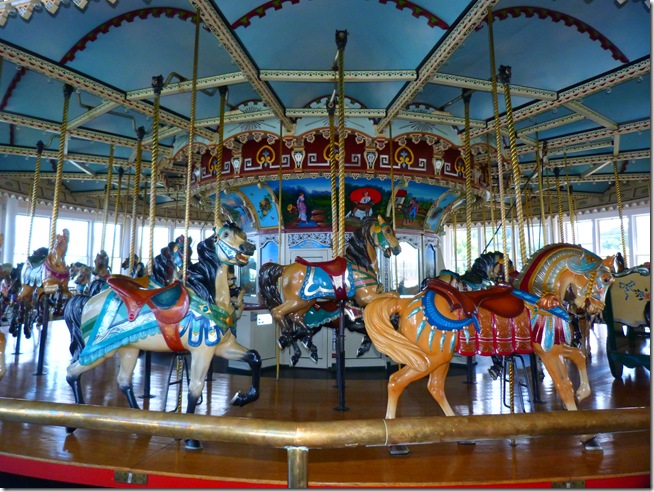 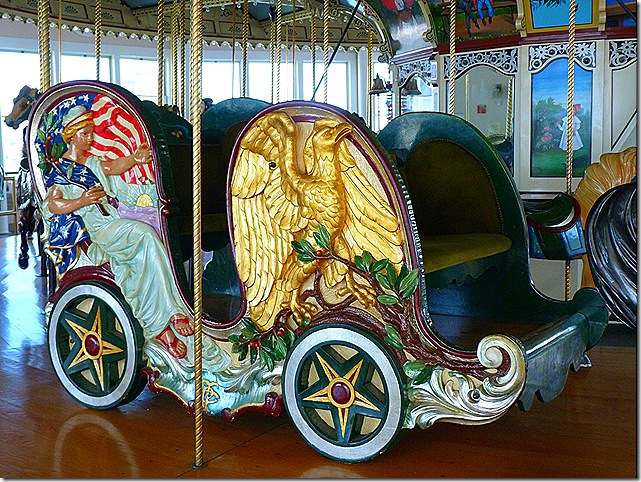 All of that touring made us hungry and it was late in the day, so we started looking for someplace to eat. The Yelp app on my Droid led us to Al Mac’s Diner, which has been a Fall River institution delighting local folks and famous visitors alike, since 1910. Unfortunately, we visited on Wednesday, and Al Mac’s closed its doors for good on Sunday. I wish we would have come a few days earlier, I’d have loved to have had dinner there one time. 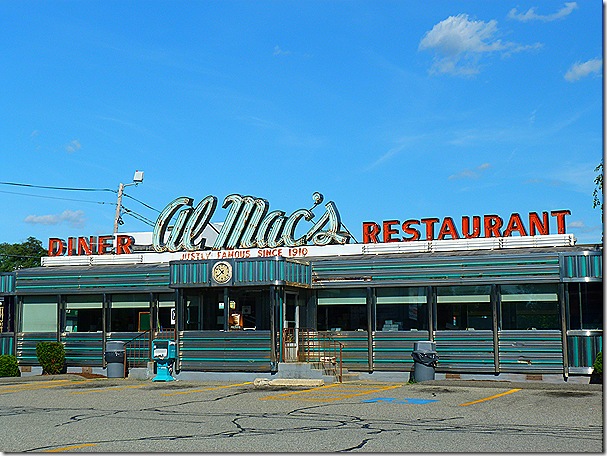 I found another nearby restaurant that looked interesting, but wound up getting lost and confused in the maze of construction zones and one-way streets in Fall River, and the next thing I knew we were crossing the very high, very long Charles M. Braga Jr. Memorial Bridge over the Taunton River. Since we weren’t in the motorhome, it wasn’t too bad and once we got to the other side we dodged traffic and got back on Interstate 195 to return across the bridge, and then we kept right on driving. I’d had enough of Fall River for one day.

It’s an interesting city with a lot of history to it, and I might go back someday for another visit. But if I do, I’m taking my ax with me, just in case!