Yesterday was one very busy day for us, but it was worth it because we got to see and do some very neat things, we covered some new territory, and we discovered a very nice small town with a lot to offer RVers.

We were up and out the door early, hoping to beat the predicted rain and thunderstorms, since much of what we wanted to do was outdoors. Our first stop was Fort Larned National Historic Site, known as the Guardian of the Santa Fe Trail. The 1860s-era fort was established to protect the wagon trains and traders who carried goods and supplies westward to Santa Fe, New Mexico, and furs and gold back east on their return trips. We spent a couple of hours dodging the occasional shower as we explored the old barracks, post hospital, quartermaster stores, and officers’ quarters. Fort Larned is well worth a visit, and if you are a history buff like we are, you’ll love the place. 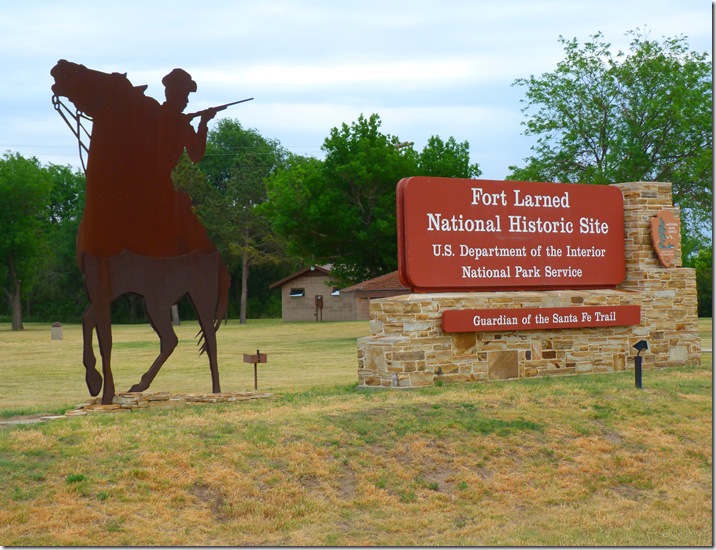 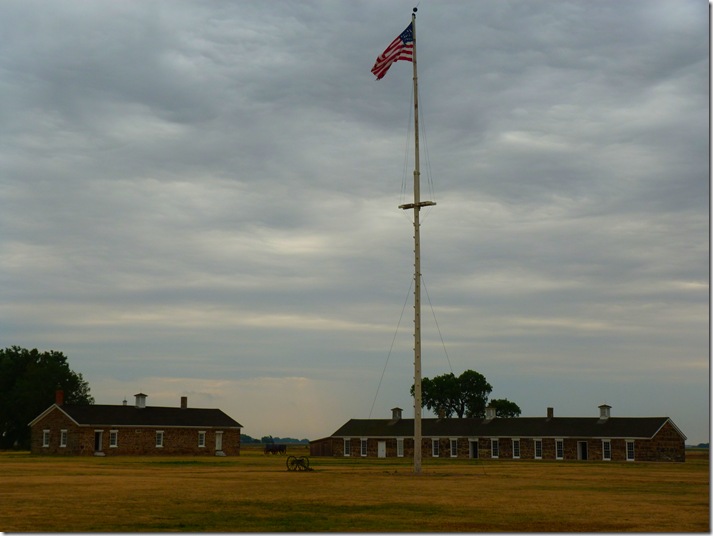 From Fort Larned, we drove a couple of miles down the road to the Santa Fe Trail Center, an interesting museum dedicated to telling the story of the famous trade route that helped spur America’s westward expansion. The museum complex includes displays on the traders who used the Santa Fe Trail, and the soldiers and settlers who followed in their wake. There are also several buildings, including a typical settler’s sod house, historic church, railroad depot, and the one room L’Dora School. Fans of the old television series Gunsmoke will be interested to note that actor Milburn Stone, who played Doc Adams, was a student at the school when he was a child. The Center also had a nice collection of early-day farming equipment and antique tractors. 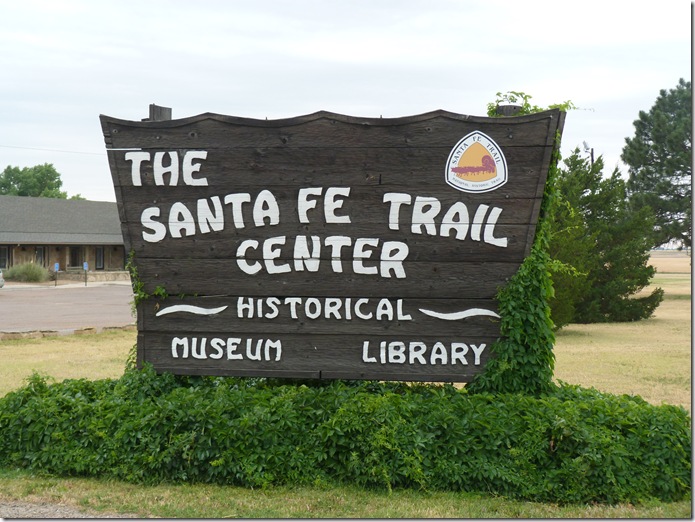 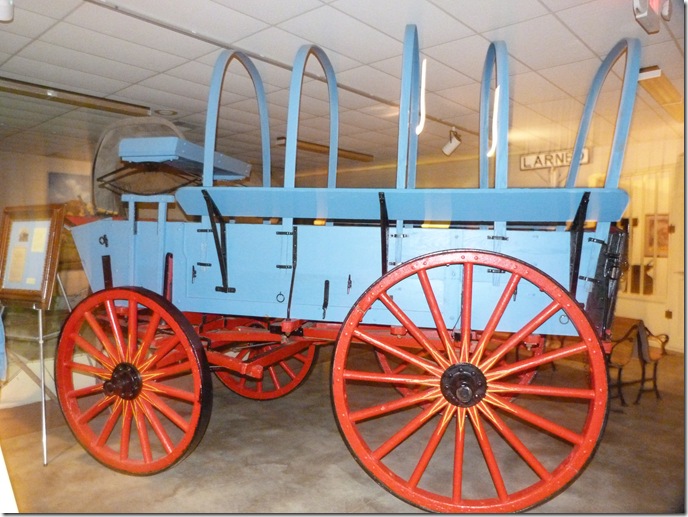 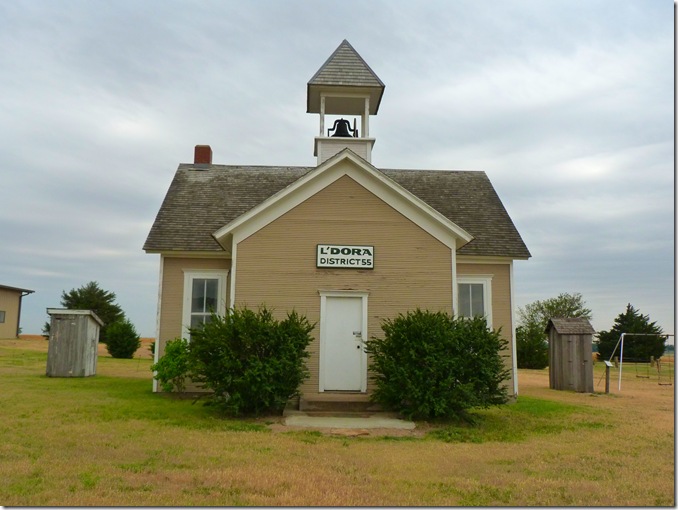 Our next stop was the Central States Scout Museum, an amazing collection of Boy Scout memorabilia dating back over 100 years. What a neat find in a small town like Larned, Kansas! 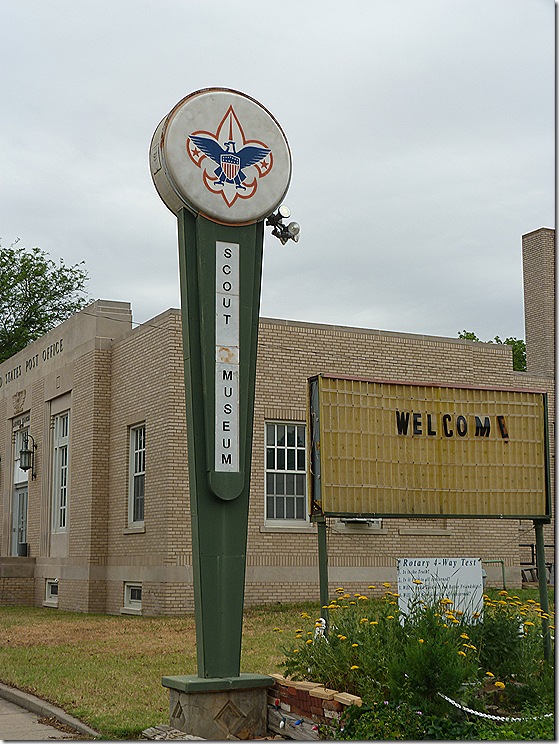 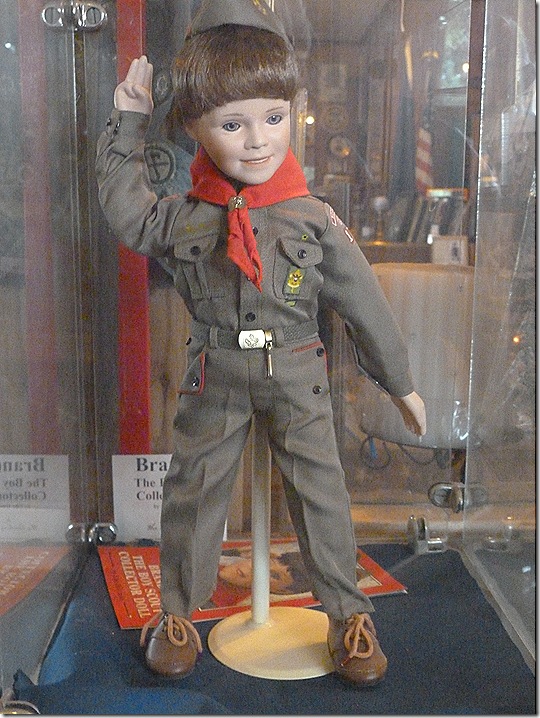 We’ll have feature stories on Fort Larned, the Santa Fe Trail Center, and the Central States Scout Museum in an upcoming issue of the Gypsy Journal. So if you’re not already a regular reader, subscribe today.

After a quick lunch, we went back to the fairgrounds, hitched the Explorer to the back of our motorhome, and drove 150 miles north to Concordia, where we stopped for the night at a city park that has paved pull through RV sites with 30/50 amp electric, water, and a dump station. There is no set fee, but there are envelopes and a drop box for donations. We put $10 in the drop box, but watched the next three RVs that came in ignore it altogether. One older fellow said “It’s not a real RV park, so why should I pay? Taxpayers pay for this.” That’s right you cheap SOB, local taxpayers pay for it so RVers will have a safe, comfortable place to spend the night! 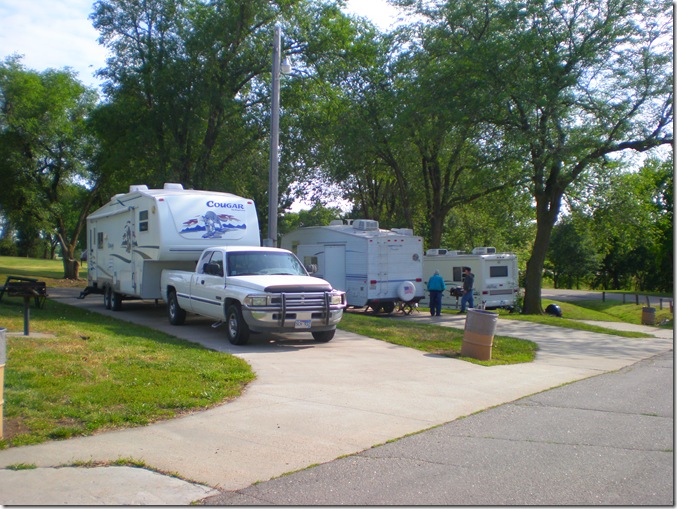 Concordia was a delightful find. Besides the campground, it is home to the National Orphan Train Complex, dedicated to the 250,000 orphaned, abandoned and homeless children from New York City and Boston who were shipped to rural communities across the country to hopefully find them new homes. It is said that 1 in 25 Americans has a connection to somebody who rode the Orphan Trains between 1854 and 1929.

Concordia is also home to the historic Brown Grand Theatre, which at one time was the biggest and best theater between St. Louis and San Francisco. 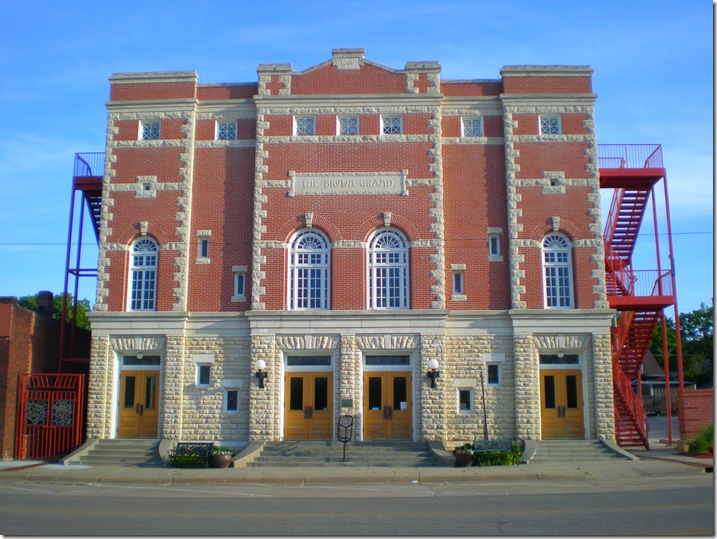 Another handsome structure is the Nazareth Convent, home to the Sisters of St. Joseph since 1903. The magnificent five story building features beautiful stained glass windows and an extensive collection of art and artifacts. 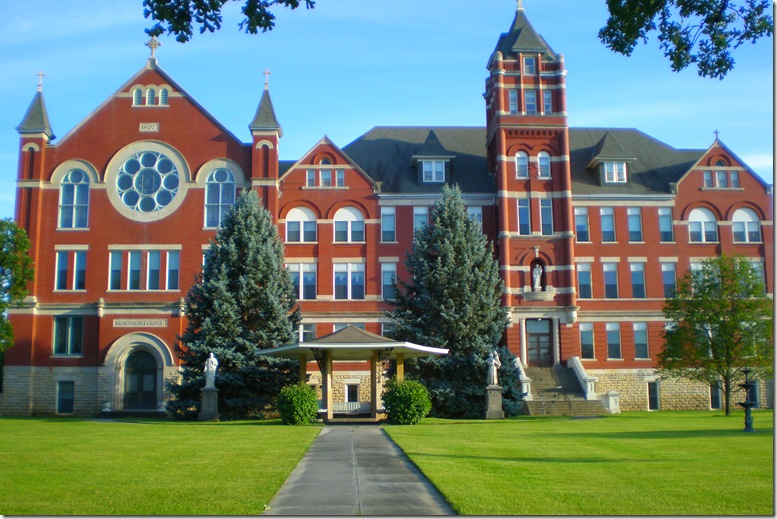 As if all of that wasn’t enough, the wall of the Cloud County Museum Annex features the Whole Wall Mural, the longest sculpted brick mural in the United States. The images depict the history of Cloud County, Kansas and their detail is amazing. 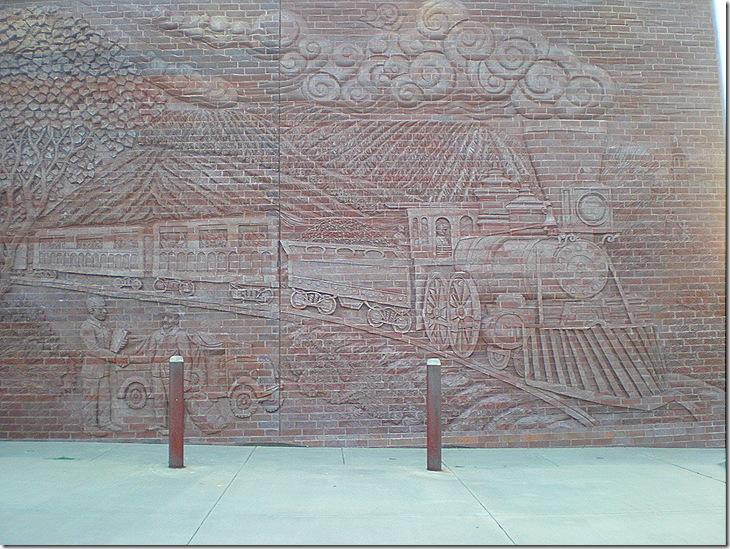 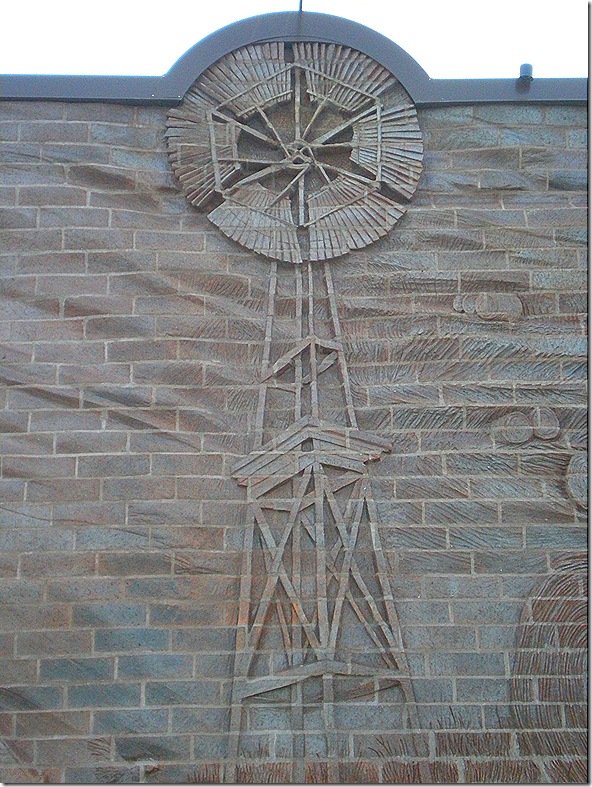 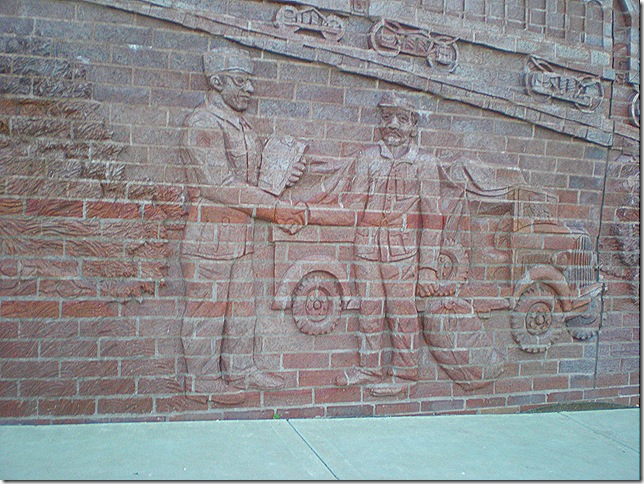 And then there’s the World War II prisoner of war camp! We had planned on just a quick overnight stop before we continue on to Blue Ox, in Pender, Nebraska today. But needless to say, we’ll be getting a late start. We’re going to spend some time getting to know this friendly and interesting town before we pull out!

Thought For The Day – Sometimes the prettiest smiles hide the deepest secrets, and the kindest hearts have felt the most pain.

8 Responses to “One Very Busy Day”