There’s never a dull moment when we’re visiting Rocky and Berni. There’s so much they want to show us and so much we want to do together, from sightseeing around Muskegon, to sampling the fare at the local restaurants, to playing Mexican Train, or a dozen other things, that we hit the ground running in the morning and never stop until late at night.

Yesterday was a good example. Rocky had arranged a tour of the SS Milwaukee Clipper, a Great Lakes passenger ship that ran between Muskegon and Milwaukee, Wisconsin back in the golden age of steamship travel. 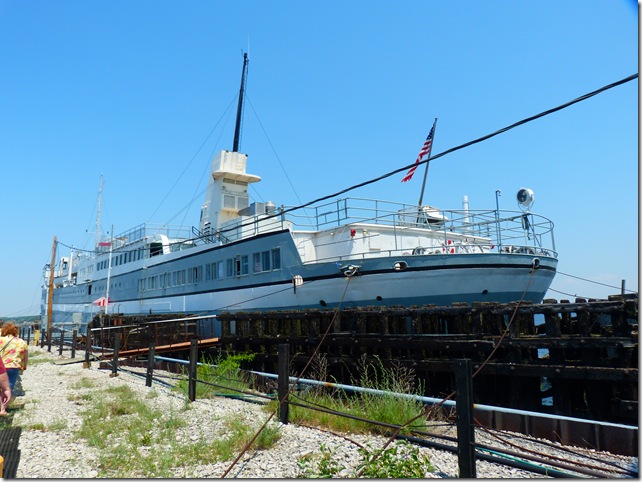 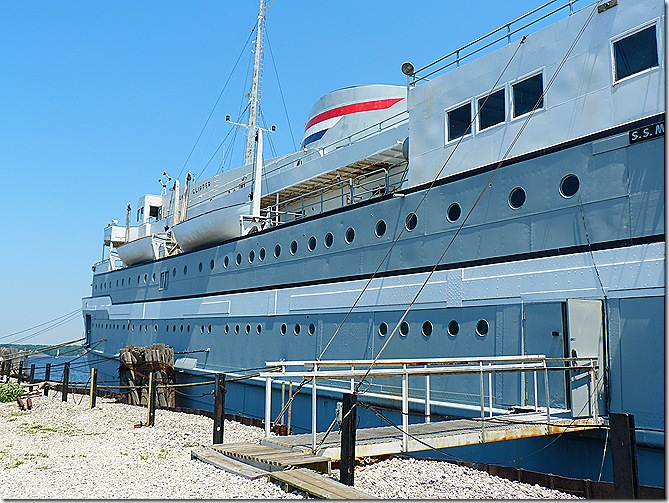 T. J. Parker, president of the SS Milwaukee Clipper Preservation Group, gave us a private tour of the beautiful old ship, which has been designated a National Historic Landmark. We saw everything from the below decks hold that carried automobiles across Lake Michigan at one time, to the lounges, crews quarters, and pilothouse. 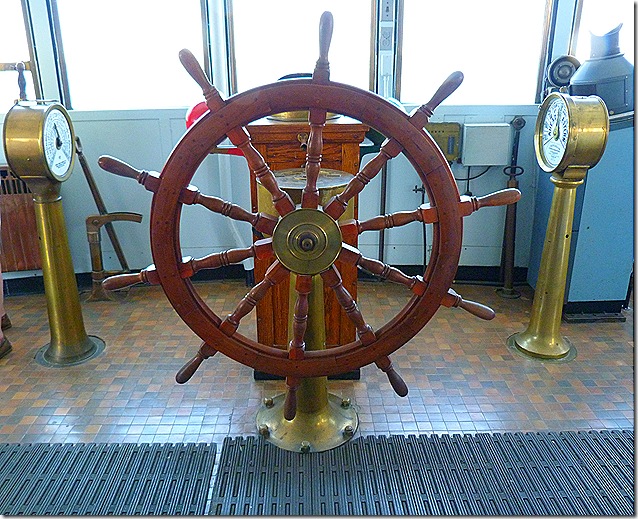 Now, this was traveling in style! The ship featured Pullman berths like were found on old railroad cars, private staterooms, even a movie theater and dance floor! I’m never one to turn down a chance to dance with a pretty lady, and here I am with Rocky’s mom, Shirley Frees, doing a two-step. Well actually, I was just trying not to step all over her feet! Shirley is a sweet wonderful lady and it’s always a delight to see her when we come to town. 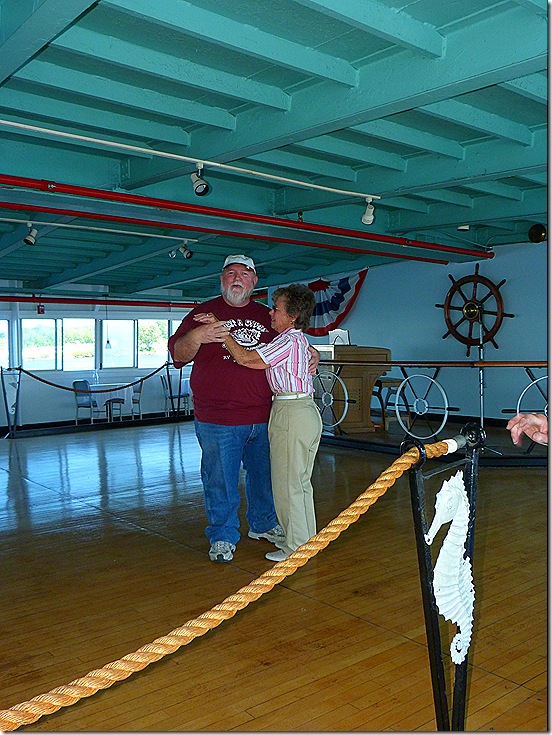 Playing tourist is hard work, so after our tour of the ship, the next order of business was food to replace some of the calories we had burned off climbing up and down five levels of decks. We had an early dinner and then returned to Rocky and Berni’s apartment to relax and watch some television, and of course I promptly fell asleep for a little nap.

I woke up in time for a fun game of Mexican Train, which usually takes us two or three hours, mostly because we spend more time picking on each other and acting like fools than we do counting points. Rocky won, but only because I’m convinced Miss Terry and Berni conspired with him against me. That may sound like sour grapes to you, but it’s my story and I’m sticking to it!

After the game, Rocky and I spent some time doing genealogy research on Ancestry. Rocky has a lot more experience researching family trees than I do and I always learn something new from him.

Rocky and Bernie have to work today, so we called it a night earlier than usual and came back to the campground. I spent some time answering e-mails, and was happy to see one from an author friend of mine telling me that Big Lake Lynching recently got a very nice review on Indie BookSpot. It’s always nice when other people like my work.

Today we have some orders to fill and some chores to do around the motorhome, and then we’ll get together with Rocky and Berni again in the evening for more good times. Can you tell we’re having fun?

Thought For The Day – You should never say anything to a woman that even remotely suggests that you think she’s pregnant unless you can see an actual baby emerging from her at that moment.

2 Responses to “Never A Dull Moment”