There was nothing more we would’ve enjoyed than sleeping in yesterday morning, but we were up early so we could start getting ready for our road trip to Show Low, our old hometown.

Anytime we have stayed put in one place for a couple of weeks, it takes a little bit of effort to get everything packed away and ready to travel again. But Terry has it down to a science, and while I took the trash over to the dumpster, then came back and retracted our window awnings and unhooked our water, electric, and sewer connections, she had everything ready to go inside.

We left the Verde Valley Thousand Trails preserve about 11 AM, and were amazed at how much smoke had blown into the valley from the Gladiator Fire just since the previous evening. Usually, from the campground we can look out and see the red rocks of Sedona to the north and Cottonwood to the west. But the smoke was so thick that almost everything was hidden by thick haze. That, and the fact that it was 95° when we left the campground, made us glad we were heading for higher elevations, cooler temperatures, and cleaner skies. 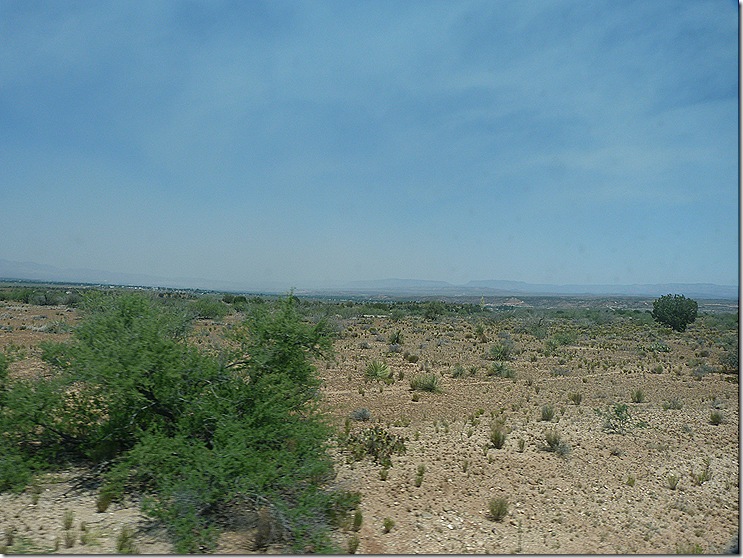 We followed State Highway 260 east, passing through Camp Verde and began the long climb up to the Mogollon Rim. As we traveled, the terrain changed from high desert to deep pine forest. Although it’s a two-lane road most of the way, State Route 260 is a good road and our Winnebago had no problem climbing the hills.

Of course, if you’re driving in mountain country in the West, you have to deal with some sharp curves. There was one where I almost rear ended the Ford Explorer we tow behind us! 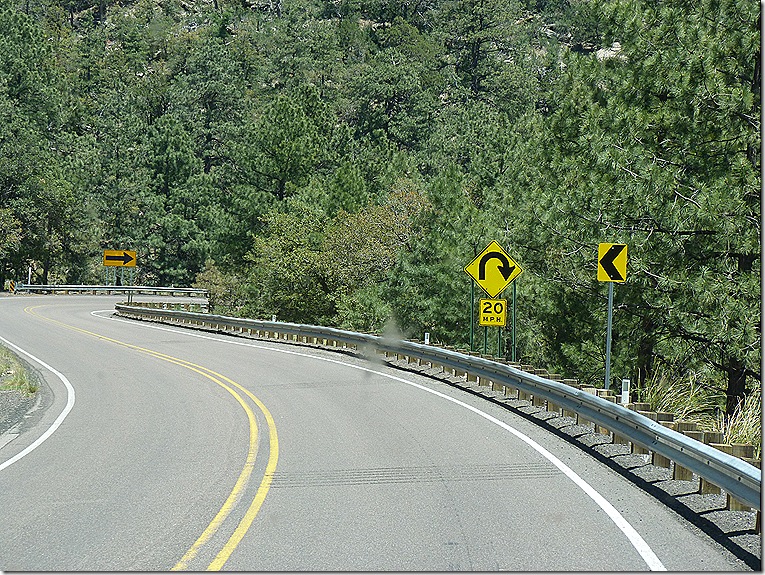 We passed a cowboy with a saddle horse, who had just brought some cows into a watering hole, and Terry and I got into a discussion about horses and mules. My dad spent a lot of time in the saddle in his working life along the border, and he always preferred riding a mule over a horse. He said mules have an undeserved reputation for being stubborn, when actually they’re just very smart and won’t do something or go somewhere where they’re going to get hurt. He wasn’t nearly as complimentary about horses.

Not long afterward, somewhere around the little mountain hamlet of Pine, what did we see but a covered wagon being pulled by two mules, with two horses tied behind. They were pulled over on the side of the road, and there was a brake check area on our side, so we had to stop and check things out. 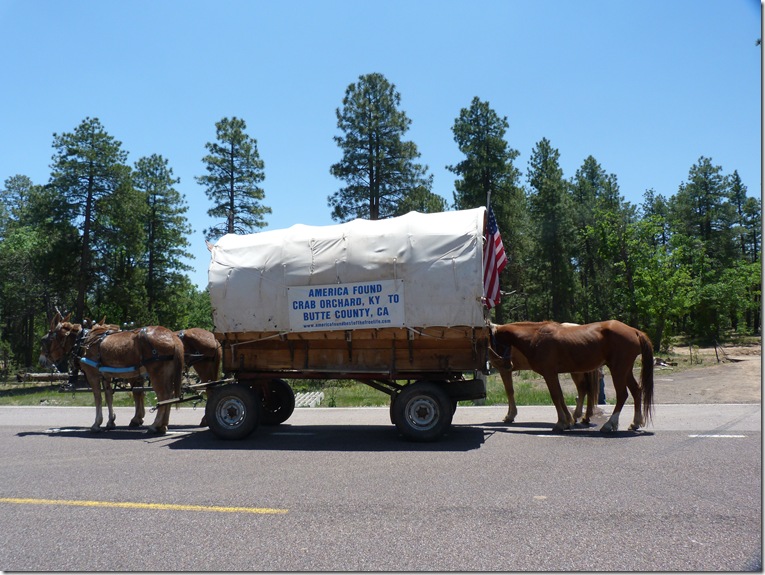 It was Chuck and Mary Reagan, who are traveling from Crab Orchard, Kentucky to Butte County, California, which is near Sacramento. We visited for a few minutes, talked about the merits of RV travel versus covered wagon travel, and I think when we parted company Chuck and I were both convinced that our way was the best way for us. You can check out Chuck and Mary’s website and blog at www.americafoundbestofthefreelife.com. In one of those small world things that I always find so fascinating, I was reading their blog and noticed a comment by James “Butterbean” Carpenter, who is also a frequent reader and commenter on this blog and my buddy Greg White’s. 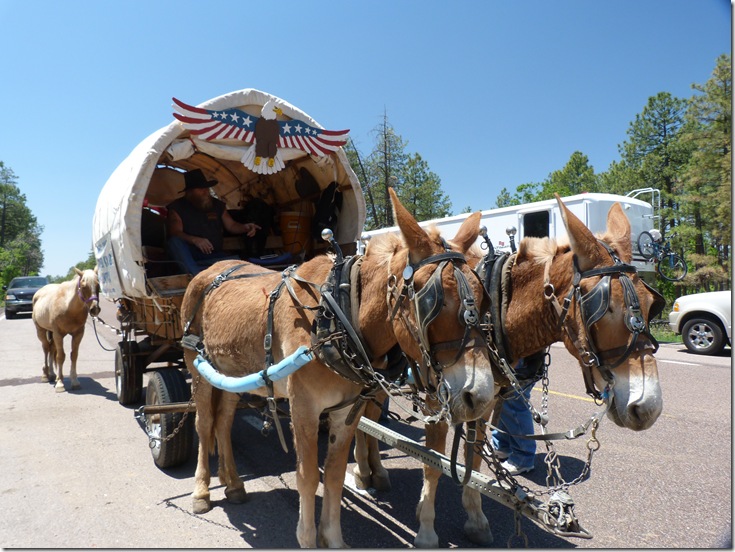 About four hours after we left the Thousand Trails campground we arrived at the Show Low Elks lodge, with 156 miles behind us. We had gone from 3,300 feet elevation to almost 7,000 feet, and it was immediately apparent in the temperature, only 81°. Very nice!

There’ve been big changes here at the Elks lodge since last year. They tore down part of the old building and built a new a 10,000 square foot addition, added some more RV sites, and have a new manager. I didn’t get the warm fuzzy welcome we normally expect here, and was immediately told we could stay for only eight nights because the entire campground is booked for the rest of the summer.

But for $125 we got a pull-through full hook-up RV site with 50 amp electric, and though it was impossible to get completely level, we’re close enough that we can live with it.

We got set up, and were delighted to find that we have fast Verizon 3G internet service. After a couple weeks of slower than sludge service at Thousand Trails, this is a real treat. I hope it continues for the rest of the time we’re here.

About 7 o’clock my daughter Tiffany came by with our grandkids, Haley and Destiny, and those little girls sure have grown in the last year! We got lots of hugs and kisses, and they even brought their brand-new puppy with them, so I got a puppy fix too. It just doesn’t get much better than that!

Today we hope to sleep in, then go visit some friends in the area, and I’m sure we’ll find the time to give those granddaughters of ours a few more hugs and kisses along the way.

Thought For The Day – I’m not saying you’re stupid, I’m just saying you have really bad luck when it comes to thinking.