Note: This is Tuesday’s blog post, but we have changed time zones and I forgot to adjust the date.

We are always sad to be leaving our family and friends in our old hometown, but we’re also always excited to get back on the road. It’s been too long, and our hitch itch really needed scratching.

We left the Show Low Elks Lodge campground yesterday morning, stopped for fuel, and then followed State Route 260 east through Pinetop-Lakeside and onto the White Mountain Apache Reservation. The road is a good two lane route that winds through the Ponderosa pines and eventually drops down to the twin towns of Springerville-Eagar. 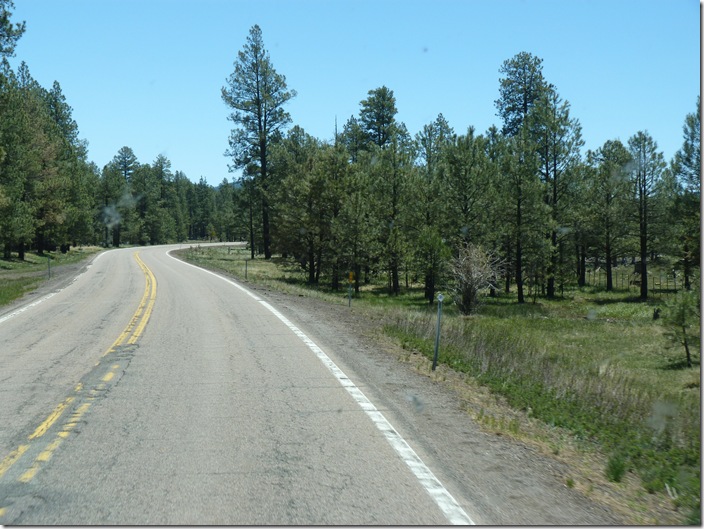 There was a fair amount of traffic, but most of it was going the other direction.

These are snow fences, to keep the snow from drifting over the highway. When I owned the weekly newspaper in this area, I got caught in a whiteout right in this area. It was a very scary experience. 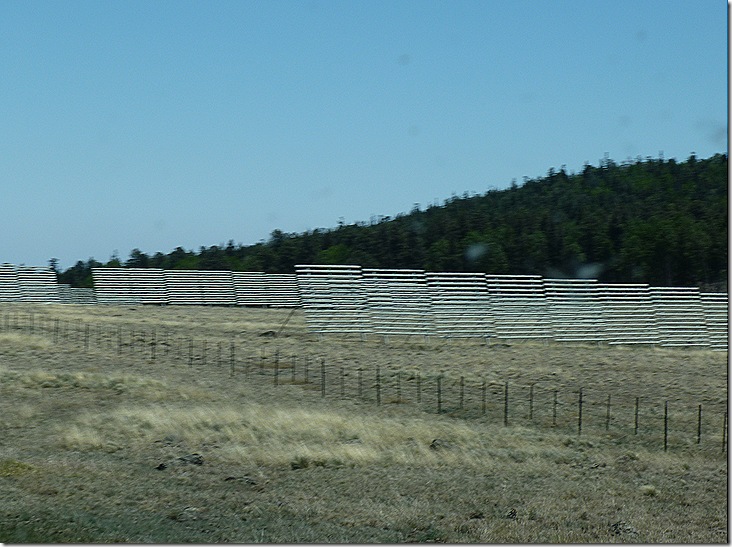 In Springerville, we picked up U.S. Highway 60 and followed it east into New Mexico. U.S. 60 is another good two lane road, and traffic was light.

I have always wanted to stop for a piece of pie in Pie Town, a wide spot in the road that’s known for, well, pie. In all of the years I lived in this part of the world and travelled this route, I never found the time to indulge myself. So this was going to be the trip when I finally got it done.

Or not. The Pie-O-Neer Restaurant was crowded, and the owner met us at the door to say they had just served the last two slices and there wouldn’t be any more pie until the next day. Well, that sucked! 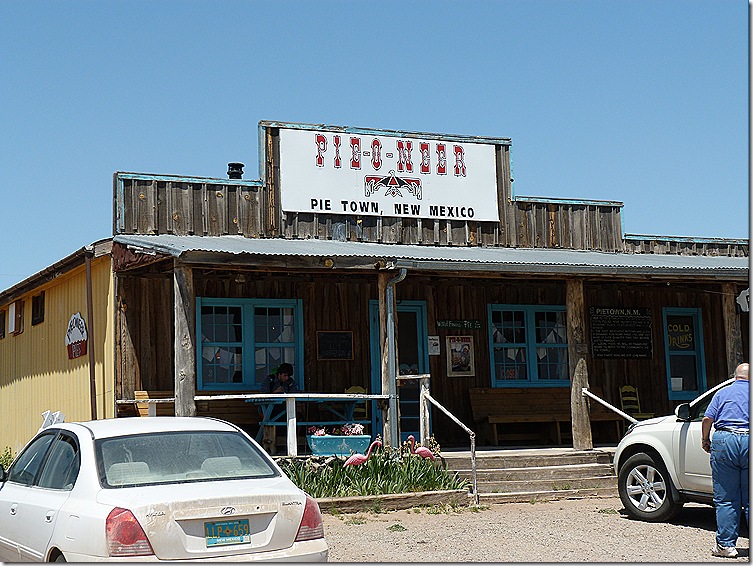 Yeah, they really do have hills this steep in New Mexico. 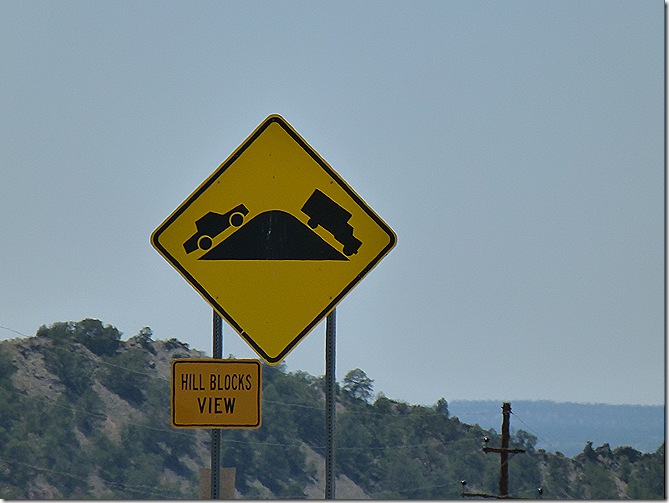 There was a lot of smoke from wildfires south of us, and it reduced visibility and air quality by quite a bit. 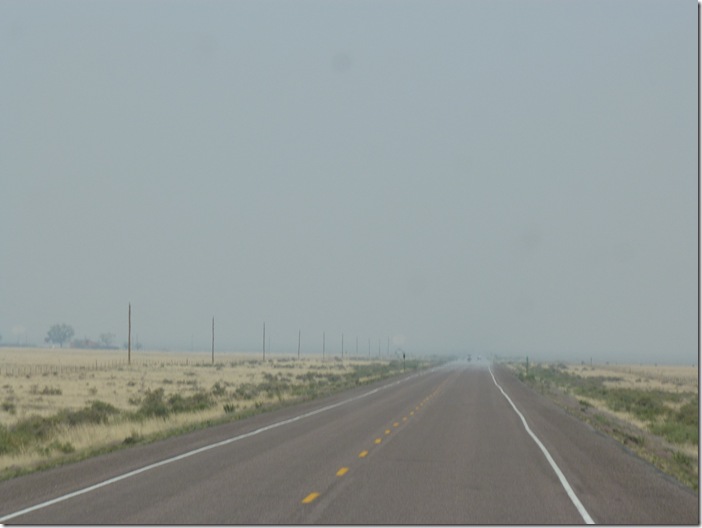 Socorro was a depressing town, with chain link security fences in front of a lot of the businesses we passed. We saw three police cars making traffic stops in the same block. It’s not a place I’d want to stay for very long.

U.S. 60 joined Interstate 25 for a few miles, and then broke off again, and we began climbing up toward Mountainair and Willard, two dying little towns. There was a Passport America campground in Mountainair, but it was still early and we weren’t ready to stop yet. There was another one in Vaughn, a slightly larger town, but it didn’t look like much more than a vacant lot with hookups, so we just kept on rolling.

We saw more antelope than we could count, along with a lot of hawks, and one unidentified smaller bird that did a kamikaze attack on the front of our Winnebago and lost.

Eventually we arrived in Fort Sumner, the Old West town where outlaw Billy the Kid was shot by Sheriff Pat Garret in 1881. We pulled into the Valley View RV Park, where $20 got us a level pull through full hookup 50 amp site. The park is nothing fancy, but it’s right off the highway, and only a block from the Billy the Kid Museum. We had one bar of 1X signal on our cell phones and my Verizon 3G air card wouldn’t work at all, even with the Wilson signal amp and antenna I got from Phil May at TechnoRV a while back. The problem may actually have been with my Cradlepoint MBR1000 wireless router, but the signal showed that the air card was connected with five bars of signal. We just couldn’t log on and the light on the router kept switching to yellow. But the campground had free, fast wifi and I didn’t feel like troubleshooting the problem, so I just used that.

We covered a lot more territory than we had planned to, with 395 miles behind us for the day. But that’s not uncommon for us when we’re in travel mode. It’s not everybody’s style, but it works for us.

Today we’ll have a shorter day, only about 165 miles to Amarillo. There’s a steak with my name on it at the Big Texan, and unlike Pie Town, I bet those folks won’t run out before I get there!

Thought For The Day – Don’t judge me by my past. I don’t live there anymore.

4 Responses to “No Pie In Pie Town”