Today I want to tell you about two very special ladies, ladies we both love. Ladies who hold special places in our hearts.

The first is Sharon McKay, whom Terry and I met many years ago at the Escapees Raccoon Valley campground just north of Knoxville, Tennessee. Sharon was a single lady, having lost her husband a while before and was experiencing life on the road as a fulltime RVer. Terry and I both quickly knew that we had made a friend for life.

Over the years we kept in touch with Sharon and crossed paths with her around the country as we traveled. I was always impressed with the way she maneuvered her truck and Montana fifth wheel, putting to rest anybody’s opinion that a “girl” couldn’t handle a rig that big all by herself. In fact, when I heard from some woman who wanted to try solo RVing but wasn’t sure she could be successful at it, usually because a brother, son, or some other relative or friend had told them so, I used Sharon as an example of somebody who takes life head on and makes her dreams come true. 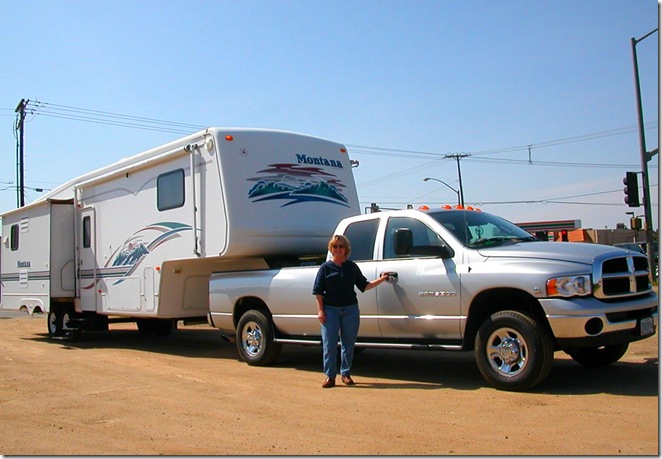 We were delighted for our friend when we learned she had met a wonderful man, and while we weren’t able to be there when Sharon and Don Del Rosario became husband and wife, we were sending them lots of love and best wishes long distance. We have watched how well the two of them fit together, and been thrilled for both of them.

Always on the go, Sharon and Don never let any grass grow under their wheels, and after they attended our Gypsy Journal rally in Yuma a couple of months ago, there were off to Lodi, California, where they hosted the first ever Western Area Rally for Escapees (WARE), which was an overwhelming success. 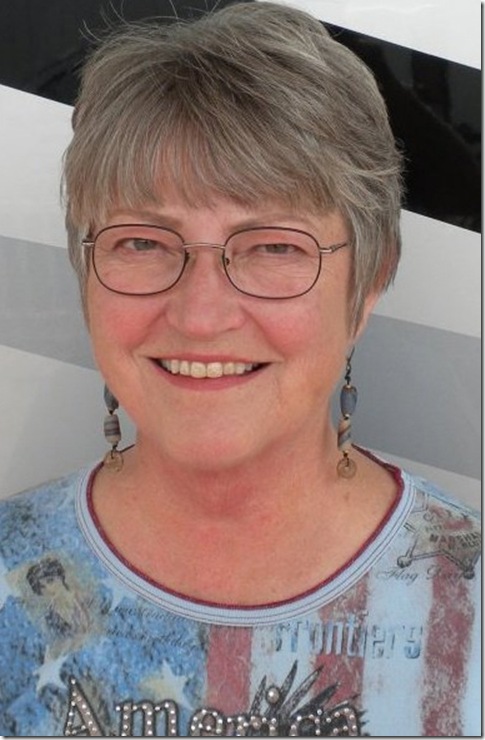 Most people would take a few months to relax after a project like that, but not our pal Sharon. Yesterday she let the world know about her latest accomplishment, becoming the first woman instructor in the 21-year history of the RV Driving School! I can’t think of anyone better suited for the role, and while the school has a long and admirable record for training people how to become safer and better RV drivers, having a woman instructor on the staff can only add to their success. Congratulations, Sharon! We are so proud of you!

The second special lady I want to tell you about is Mary Jo Hughes. We were in Traverse City, Michigan years ago when Miss Terry was diagnosed with Stage 4 cervical cancer, and the first doctor who examined her told us that we needed to start planning a funeral. Terry fired that jerk on the spot, and with the help of a great medical team, a very radical treatment regime, a lot of prayers, and her own strong will to survive, Terry came through that ordeal and has been cancer free for over eleven years now.

We were parked in my cousin’s driveway while Terry was being treated, and Mary Jo and her husband Ed lived next door. Though we had never met them before, the two women bonded, and Mary Jo became an important part of Terry’s support system. She encouraged her through the very darkest days, always knowing when she needed to talk, when she needed to cry, and when she needed to just sit quietly and process all that was going on. I always tried to be there for Terry, but there are times when a girl just needs a girlfriend to help get her over the rough patches. We both know that Mary Jo was just as vital a part of Terry’s recovery as the doctors, nurses, and medical technicians that cared for her.

Over the years, while Terry always dreaded going back to Traverse City for her annual checkups with her oncologist, she always looked forward to seeing Mary Jo and spending time with her friend. Mary Jo loved hearing about our travels and would laugh with joy when Terry would tell her about some great adventure we had been on.

When we learned that Mary Jo herself had been diagnosed with cancer a few years ago, Terry couldn’t wait to get back up there to be with her friend. Mary Jo was always nonchalant about her illness, taking it in stride and coping with the hand life had dealt her. She knew the situation was bad, but didn’t dwell on it, choosing to concentrate on the good things in her life instead.

Mary Jo fought a hard battle, and though she rallied and then had her setbacks, she never lost her sense of humor and grace. On our last visit, last summer, she was having a hard time of it, but kissed Terry goodbye when we left, and said “Have fun. See you next time, kiddo.”

But there won’t be a next time. At least not here on earth. We got the call yesterday that Mary Jo had passed away, and though our hearts are broken, we are comforted to know that she is out of her pain, and wherever she is now, she is looking down on all of us with that special loving smile of hers. We love you, Mary Jo. Rest in peace, dear lady.

Thought For The Day – A true friend is a work of heart.