Happy New Year, everybody! I hope this year brings you much love, much adventure, much joy, good health, and prosperity.

For us, the year has just started, and we’ve already shaken up the Jello that every fulltimer writes their plans in. We currently have a two week reservation at the Orlando Thousand Trails, starting on Tuesday. We also have an appointment Tuesday morning at  Cummins Coach Care in Ocala to have them look at our heater core, and we had been holding off, waiting to see how much that was going to cost, before we decided to either go to the Thousand Trails after we left the shop, or to cancel the first half of our two week reservation and go down to the Keys first, then to Thousand Trails afterward.

But when I called the RV park at Marathon Key that we had planned to go to, I was told they are now booked up, which was a chance I knew I was taking by waiting to make the reservation. The first five day time slot they have available for Passport America members is in March, and we’ll be in Arizona long before then. But then we decided to cancel our reservation and not to go to Thousand Trails after all. It’s only $5 a night which is a good deal, but we’d have to drive 45 miles north to Ocala for our appointment, and from there it would be 95 miles back the Thousand Trails, and two weeks later, we’d be coming right back through Bushnell another 50 miles or so to go back to Cummins when they get the parts in to replace the heater core. It won’t cost us a lot more to just stay here at the Escapees campground, and we’ll be close to Crystal River to do some paddling. Or, we may shake the Jello yet again, and go who knows where? We don’t want to get into a rut where we go to same place over and over year after year, even if it is free or $5 a day.

We started our day yesterday trying to find the water shutoff valves on our rig, something that some Spartan chassis seem to have and others don’t. Either ours doesn’t, or they really know how to hide the darned things, because we sure couldn’t find the valves, if they do exist. Finally, we said the heck with it, disconnected the intake and output hoses from the heater core, measured their inside diameter, and went to NAPA to get a couple of barbed couplers, hose clamps, and even an extra foot of heater hose to bypass the heater core until we can get it fixed. I also bought a couple of gallons of diesel coolant to top off our system. I’m not sure how much we lost from the leak, since the rig didn’t run hot or anything, but better safe than sorry.

I have been debating whether or not to upgrade our Thousand Trails/NACO membership, to add the Leisure Time Resorts, Outdoor World, and Mid-Atlantic campgrounds to our membership. This would about double the number of campgrounds open to us, allow us three week stays instead of two, and some other benefits. But it’s not cheap.

One of the Mid-Atlantic campgrounds is Three Flags, in Wildwood, Florida, which is about 20 miles north of Bushnell. So when we left NAPA, we decided to drive up and check it out. I have to tell you, I have seldom had such a warm and friendly welcome at any campground or RV park in the country. The lady in the office answered all of my questions, and invited us to drive around and see what we thought of the campground. The sites were all on grass, there is a nice activity center, and it was a nice looking place. Everybody we talked to was friendly, and if this is any indication, we may be leaning a bit more toward upgrading.

As we were driving through the campground, we spotted a Class C motorhome with a beautiful paint job, and the distinctive logo of Phoenix Commercial Paint. In addition, it had palm trees on it, and Terry recognized it as Jim and Cathy Palm’s Four Winds. We stopped to say hello, but they were not there, so we left them a Gypsy Journal and a note. 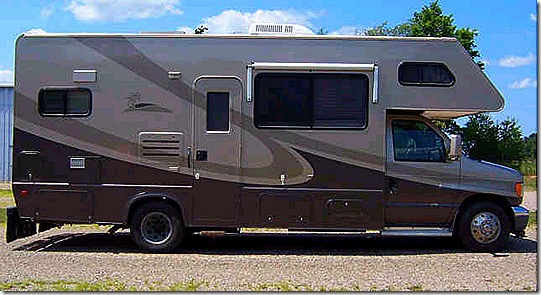 From Three Flags, we drove to The Villages, an upscale retirement community a few miles away, not because we are anywhere close to retirement (or upscale, for that matter), but just to check it out. Okay, been there, done that, no reason to go back.

Since it was a nice day, we just drove around for a while, enjoying being together away from computers and people and the cares of the world. Eventually, we found ourselves in Lady Lake, where we stopped at a Best Buy. After reading her first book on my Kindle, Miss Terry said she would like an e-book reader of her own. Amazon is phasing out the keyboard style Kindles, which was Terry’s preference, but we did find one at Best Buy, the 3G and WiFi model. It was an open box item, which meant somebody had purchased it and then returned it, but we got the full Amazon warranty, and saved a few bucks too. That’s cool. 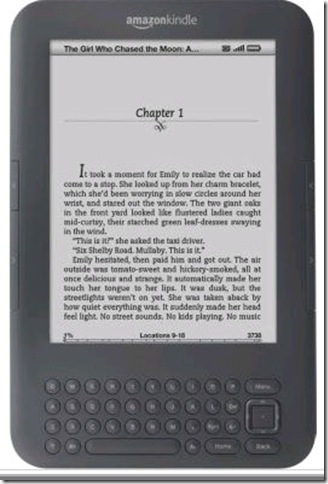 When we were done at Best Buy, I waited in the Explorer while Terry went into the Jo Ann Fabrics next door, and then we went to Sam’s Club across the street for a few things we needed before heading home.

They were having a New Year’s Eve celebration at the campground, but by the time we got back Terry was fighting a headache, and we had not eaten all day. So we decided to settle for a quiet night with dinner at home. What better way to welcome in the New Year than in our cozy home on wheels with my sweetie? It just doesn’t get any better than that!

Thought For The Day – Just Be Yourself is about the worst advice you can give some people.