Miss Terry loves wandering around the huge Webster Flea Market, which is held every Monday a few miles from the Escapees Sumter Oaks campground, and when we were here last year, the day we chose to visit, it was raining and it got washed out. So I promised Terry that we’d go back yesterday. The vendors set up early, and in the past, by noon or 1 p.m. many of then are breaking down and getting ready to leave, so you have to get there early.

But by the time we finally got the new issue of the Gypsy Journal finished and uploaded to the printer’s web server, it was 3:30 a.m. before we got to bed, and after 4 when we fell asleep. So getting up at about 8 to get to the flea market just wasn’t going to happen. I felt bad, but Terry said we’d get there another time. It’s less than an hour from the Thousand Trails when we go back there, so maybe we’ll get up early and drive up from there.

We got up about 10 a.m., and then didn’t do a whole lot most of the day. I was waiting for the production tech at the printer’s up in Michigan to get to work at 2 p.m. so I could call and make sure the files I uploaded were okay. As it turned out, there were a couple of things that needed tweaking, and once she talked me through that, Terry and I were both suffering from cabin fever and needed to get out.

This is a nice RV park, and we love the big old live oak trees, all draped with Spanish moss, that shade the campground. 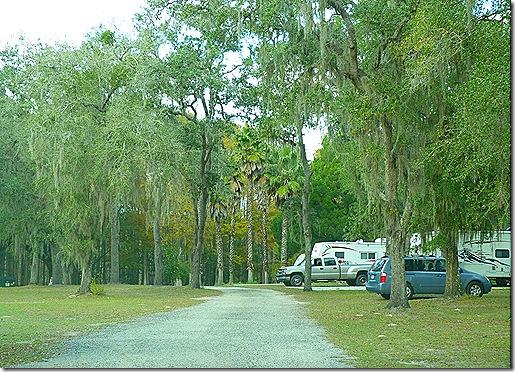 When we came in last week, I noticed another Winnebago Ultimate Advantage that looked very much like ours. We see a lot of Winnebago Journeys, but not nearly as many Ultimates, so when we drove by and saw the lady who owns it standing outside, we stopped to say hello. As it turns out, they were curious about our Ultimate too. We visited for a little while, and they are going to come by and see our motorhome today or tomorrow. 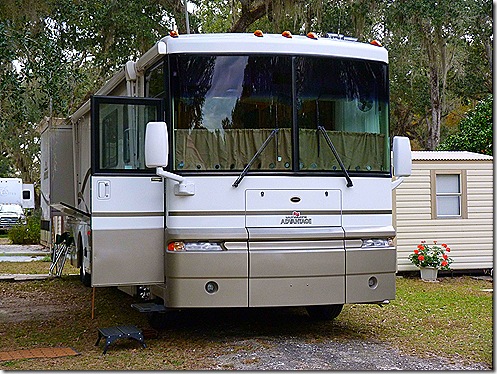 We drove over to Breezy Oaks, a nice Passport America affiliate campground a mile or so down the road, where our pal Al Hesselbart is staying for the winter. Al just got in a few days ago, and was waiting for us to get done with the paper so he could buy dinner. Well, who am I to deny an old man his pleasures in life?

But before we left, we stopped to admire this neat old 1950 GMC parlor coach that Bob Meredith just got, and is busy refurbishing. It’s an older conversion, but don’t you just love the lines of this neat old classic? 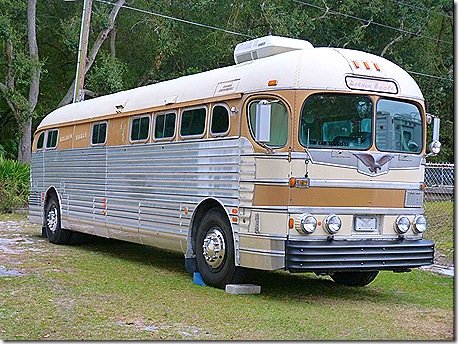 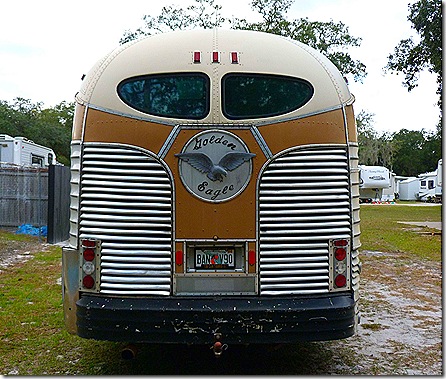 We drove to Brooksville for dinner at Buffet City, a very good Chinese buffet with one of the largest selections we have found anywhere. and it’s all delicious! As we were driving over, dramatic clouds filled the sky, and Terry got a couple of good pictures of the light show the clouds and sun were putting on. 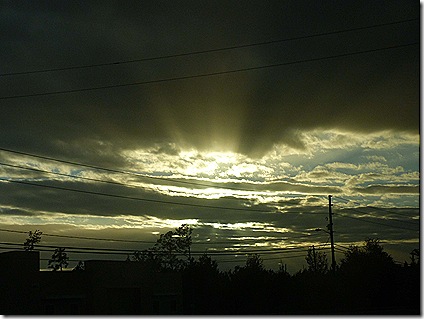 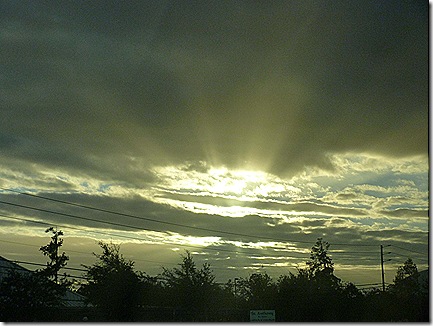 It was after dark when we got home, and since we had been hitting it pretty hard the last few days, it was nice to just relax and not do much at all but watch a little television, surf the web, and unwind. We’re due to go back to the Orlando Thousand Trails next Monday, but while we’re here, there are a few nearby places we want to check out. So we’ll be busy, but not rushed, like we have been.

Thought For The Day – Anyone who has never made a mistake has never tried anything new.

7 Responses to “Maybe Next Time”