Thursday I got some good news that really blew me out of my chair. My mystery, Big Lake, had risen to number 23 in the Paid Kindle store, number 4 in Bestsellers in Mysteries & Thrillers, and even more amazing, it was listed at number 76 on the New York Times Kindle Bestseller List! The numbers fluctuate all the time, so I have no idea where it will be by the time you read this. The book has been in the Top 100 list for seven days in a row now. Who’d a thunk? 🙂 Trust me, nobody finds that more unbelievable than I do! I have a new self-publishing blog post about the book’s current status, titled Big Lake Takes Off!

We had ordered several items from Amazon that were due to be delivered yesterday, so we stayed home waiting for them to arrive. It’s interesting that, even though we ordered everything at the same time, they came in three different deliveries, from Fed Ex, UPS, and the post office. Apparently when you order something from Amazon, they send it from the nearest distribution center that has it in stock, by whatever delivery method works best.

We were impressed that, even though there was a problem with one item, and the customer service rep Terry talked to at first, it was resolved quickly and beyond our expectations. Being the world’s greatest cook, Terry is very demanding about the ingredients that go into her recipes. She had ordered a bottle of Tahitian vanilla, and when the shipment arrived, they had sent Madagascar Bourbon vanilla instead. Don’t ask me what the difference, but she says each type has a different purpose. I just eat what she makes, and it’s always wonderful. 🙂

Anyway, Terry called to complain, and the customer service rep gave her a little bit of a runaround, so I told her to ask for a supervisor. In just a couple of minutes she was talking to a supervisor, who immediately issued a full refund, including shipping, and told her to keep the product she had received in error. So she has to reorder, but we are still happy with the end result.

Among the things we ordered was the Dragon Dictate software for my computer. It will take me a little while to get it installed and “trained” for my voice and speech patterns, but I think it will be a big help with my fingers once I get it going.

While we were waiting for the shipments to arrive, Dave and Linda Spindle stopped in to say hello, and we had a nice visit with them. A little later on, Tom Drotning came by to say hello, and we chatted for a few minutes. The lady who has the other Winnebago Ultimate Advantage here at Sumter Oaks also popped in to look at the way we have our coach laid out, but I just can’t remember her name right now.

About 5 p.m. I took a short nap on the couch, and woke up to the smell of baking bread. Miss Terry made two loaves of oat and quinoa wheat bread, and they sure looked yummy! 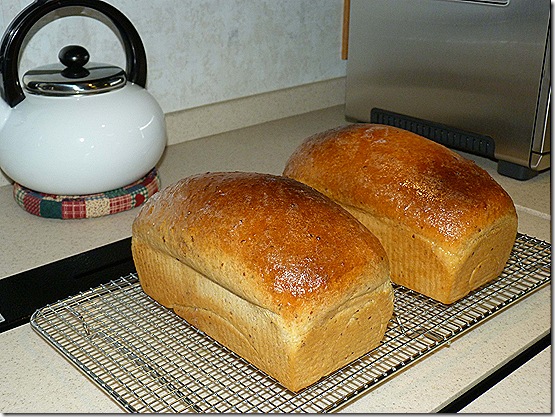 If the weather cooperates today, we want to drive over to the Greek sponge fishing town of Tarpon Springs. We visited there several years ago and really enjoyed poking around the fishing docks, checking out the shops along the waterfront, and Terry twisted my arm enough to get me to stop into one of the Greek bakeries for baklava. I imagine she’ll do the same thing again this trip! 🙂

Thought For The Day – The easiest way for your children to learn the value of money is for you not to have any.

14 Responses to “Good News From Amazon”