Yesterday I took a break from writing, and we spent the day being beach bums. After all, as the old saying goes, "When In Florida, do what the Floridians do." Yeah, I know that’s wrong, real Florida residents are all at the local buffet getting the Early Bird Senior Special! I think only tourists actually go to the beach in Florida. 🙂

Our dear friend Ann Moran played tour guide for us. Ann and her late husband, Tim, were some of the first fulltimers we met when we hit the road thirteen years ago, and we have stayed in touch ever since. They got off the road a couple of years ago when Tim’s health went downhill, and bought a comfortable home in Rockledge, not far from Merritt Island and Cocoa Beach.

Ann was dog sitting a friend’s yellow lab, a lovable mutt named Sunshine, so before we could take off, I needed to get my puppy fix. Since Sunshine is owned by a single lady, she allowed me to scratch her ears and back for a little bit, but she really preferred Miss Terry and Ann’s company and attention.

Our first stop was a pretty little lagoon where Ann has frequently seen manatees. We saw a bunch of mullet jumping out of the water, but there wasn’t a manatee to be found. 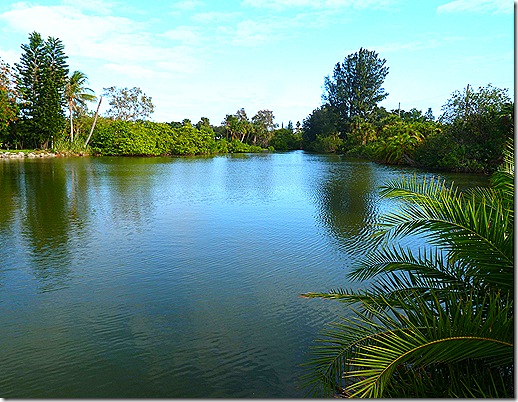 From there, Ann drove us to Cocoa Beach, which has been a popular tourist destination forever. 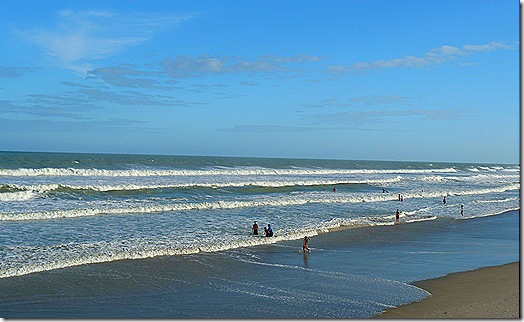 In spite of the high waves, which necessitated a Red Flag warning by the lifeguards, there were a lot of people playing on the beach and in the water. 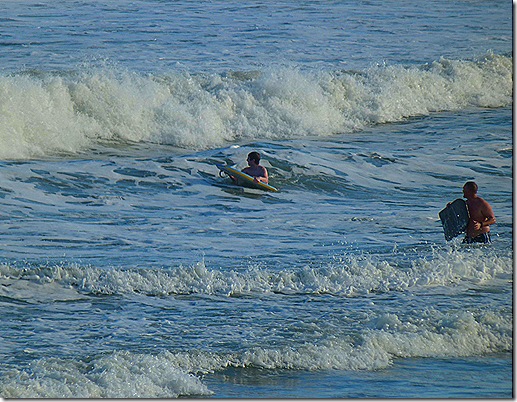 The only downside to the beach was the amount of seaweed and trash that has apparently been washed up by recent storms, leaving a relatively narrow strip of sand at the water’s edge. 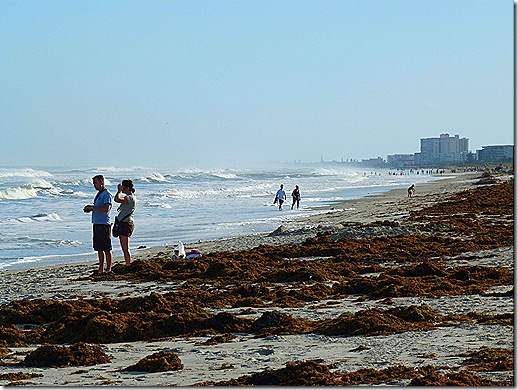 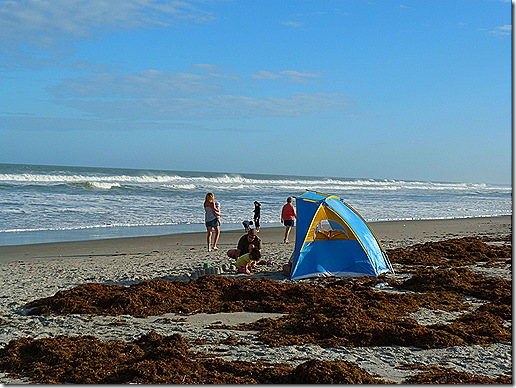 Even though big hotels and condos line the waterfront, access to the beach is easy, and along the entire six miles of the city’s coastline there are lots of areas where one can park and walk to the water. 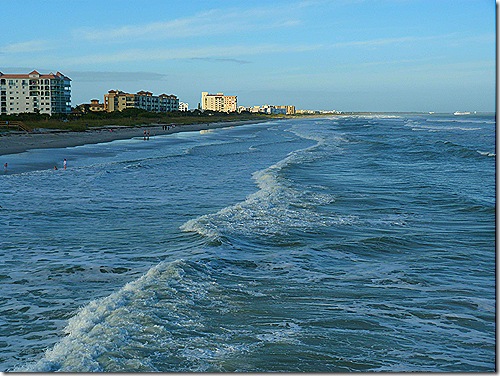 One of the things on my bucket list is to catch a fish off a pier in salt water, so we walked up to the Cocoa Beach Pier, which extends 800 feet out into the ocean. The pier has five restaurants, as well as open air bars, and gift shops. Access to the fishing section was $1 a person, or $5 if you wanted to fish (no license required). For folks 55 and over, fishing is $4. 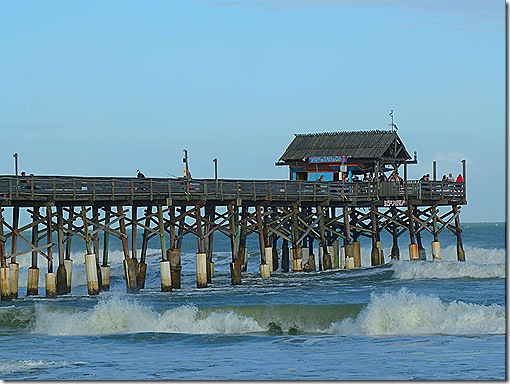 Since  I didn’t have a rod with me, and the wind and high waves had pretty much made catching anything impossible, we entertained ourselves watching a surfer taking an incredible ride, and just enjoying the scenery. Some of the scenery was wearing very tiny bathing suits! 🙂 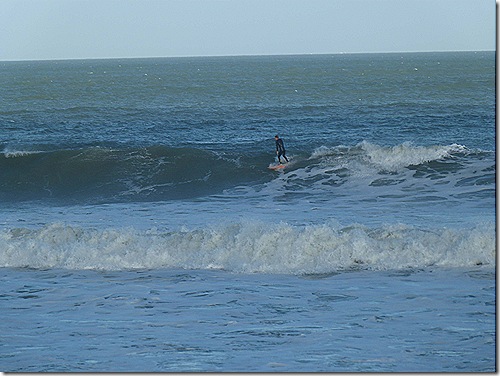 Terry also got some pictures of a big cruise ship coming into port. 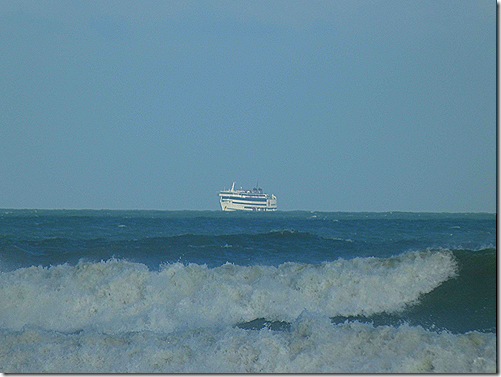 Things are fine now, but back in World War II, this was a dangerous place to be on a ship. On May 1, 1942, the German submarine U-109 torpedoed the La Paz just off the beach. The crew was able to get the ship to shallow water, and eventually it was repaired and put back into service. Two days after attacking the La Paz, the same submarine sank the S.S. Laertes nearby. Authorities realized that the lights from shore were silhouetting ships, making them easy targets, and until the war ended, Cocoa Beach was placed under a total blackout.

When we left the beach, we stopped for dinner at an excellent place called Florida’s Seafood for dinner, and then went back to Ann’s place for Key Lime pie for dessert. Yummy!

It was almost nine by the time we got back home, and we spent the rest of the evening watching TV, answering e-mails, and I posted a new self-publishing blog titled What Do You Have To Lose? which has some exciting news I’m thrilled to share.

We only have a few days left here at The Great Outdoors, and our dance card is pretty full. We have had to decline a few dinner invitations that some nice people have extended, but we hope they will all give us a rain check for sometime and somewhere down the road.

Thought For The Day – It only seems kinky the first time.