Nick's Blog » The Worst Part Of The RV Lifestyle

The other day, Phil May from TechnoRV sent me copy of his book From High-Tech To High Plains, in which he tells the story of how he and his wife Tracey left their high pressure lives and careers and became fulltime RVers, homeschooling their two children on the road, and operating a mobile business selling all sorts of tech type goodies at RV rallies across the country.

The book is an excellent read, and I experienced a bit of déjà vu when Phil shared their dismay that, within a week of purchasing their new 2005 Class A motorhome, the leveling jacks were malfunctioning, they had a transmission problem, a slide room would not work, the side mirrors were loose, the furnace would not ignite, window blinds had broken, a leg fell off the table, and the roof leaked, among a litany of other problems. Phil was surprised to discover that their problems were nothing new, and in fact were par for the course when one purchases an RV. 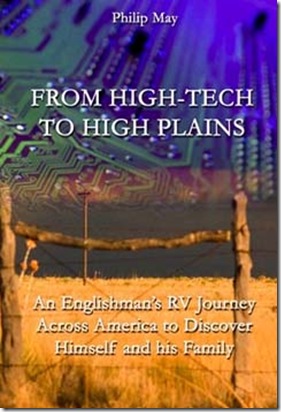 We had the same experience back when we purchased our first motorhome in late 1998; a 1998 Pace Arrow Vision which came to be known as the Motorhome From Hell. We had all kinds of problems with that lemon, which included having the hydraulic system fail repeatedly, the living room slide go out while driving down U.S. Highway 101 on the Oregon Coast (tearing the safely hooks right out of the floor in the process),  the water heater trying to burn the rig down (it was in competition with the stove, which turned into a blowtorch one evening while Terry was cooking supper), experiencing parts and pieces falling off the walls and ceiling while going down the highway, a leaking shower stall, and on and on and …. you get the idea.

I have said all along that the absolute worst thing about the RV lifestyle is not high fuel prices, poor campground electrical power, driving in high winds, the neighbor’s’ yappy little dog, or getting a campsite within spitting distance of a railroad track. No, the worst part of the RV lifestyle is the junk that so many RV manufacturers are foisting off on the American public. We paid $120,000 for our Pace Arrow, and the same week, we also bought a new Toyota pickup for $20,000. During our long and fruitless battle with Fleetwood to try to get them to fix our RV, I was having a conversation with a Vice President of their motorhome division. I told him that we had never had a problem with our truck, and asked him why Fleetwood could not build something as reliable as a Toyota for six times as much money. He couldn’t answer that question.

I’d like to think that things have improved in the thirteen years since we bought our first motorhome, or in the six since Phil and Tracey bought theirs, but sadly, they have not. At our rally last week, a number of people I talked to had either just come from an RV dealer or factory where they were getting repairs made, or were headed for one when the rally ended.

And it’s not just the low end RVs! We know people who seem to routinely make trips to Tiffin in Red Bay, Alabama; Newmar in Nappanee, Indiana; and Winnebago, in Forest City, Iowa to get things fixed. Simple things caused by mistakes that any high school freshman in shop class would catch, as well as major problems. And those three manufacturers are what I have always considered to be among the best of the best!

Years ago I was listening to a fellow at an RV rally complaining about problems in his $250,000 diesel pusher, that included a windshield that popped out going down the road, an air conditioner that shorted out and filled the coach with smoke, leveling jacks that either would not deploy, or would not retract, and a long list of other shortcomings. “But what can you do” he said with a shrug, “It’s the nature of the beast.”

I told him horsepucky! If you paid a quarter million bucks for an airplane, you can be pretty sure that the wings or propeller won’t fall off in flight. If you spend that kind of money for a boat, somebody probably didn’t forget to put the plug in the bottom of it! Because there are certain standards that manufacturers of planes and watercraft have to meet. Apparently, in the RV industry, the Recreational Vehicle Industry Association (RVIA) has suggestions, not standards. And we, the consumers, are just as culpable, because we settle for the crap they make. So we have only ourselves to blame.

That is why, in all of our years of publishing the Gypsy Journal, Heartland is the only RV manufacturer whose advertising we have ever run. They convinced me that they build a quality product and stand behind it, and I have known many Heartland owners who reinforce that belief. We have been approached by others, but when they suggest that I might want to tone down my criticism, and I tell them that I call it like I see it, they go away. That’s probably just as well, because sooner or later, I know I’ll write something that would piss them off anyway.

Speaking of pissing off people, Bad Nick is at it again. Check out his new Bad Nick Blog post titled Just What We Need and leave a comment.

Thought For The Day – If you obey all the rules, you’ll miss all the fun. – Katharine Hepburn

35 Responses to “The Worst Part Of The RV Lifestyle”