Nick's Blog » Back Home In Elkhart

How is it possible to leave home to go home? I’m not sure, but we did it yesterday. 🙂

After hugs all around, we said a reluctant goodbye to to our friends at Smith’s Campground & Cabins in Loudonville, Ohio and hit the road sometime after 10 a.m., traveling north on two lane back roads. But before we got out of town, we had to slow down for an accident, in which a semi and trailer filled with scrap metal had flipped over on its side while making a left turn right in town. I’m not sure if he was going too fast for the turn (at an intersection with a stop light and a 35 mile per hour speed limit in town) or if he was top heavy, but whatever the reason, I have a feeling there is an unemployed truck driver somewhere in Ohio tonight.

We passed this old abandoned motel, and like I always do when I see an abandoned home or business, I wondered whose dream this was at one time, and what killed that dream and caused them to move on. 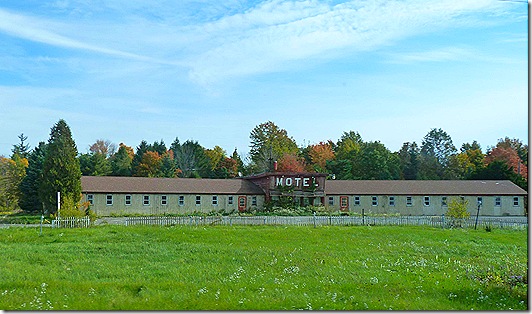 Ashland, Ohio is a pretty little college town, and we saw some very nice houses as we drove through. Unfortunately, I made a wrong turn and we had to backtrack down a couple of narrow residential streets to get back on the correct route. I’m sure that Greg and Jan, who were following us in their American Eagle motorhome, had a giggle or two at my foul up, but Greg didn’t get on the radio to tell me how dumb I am, so we’re still pals. 🙂 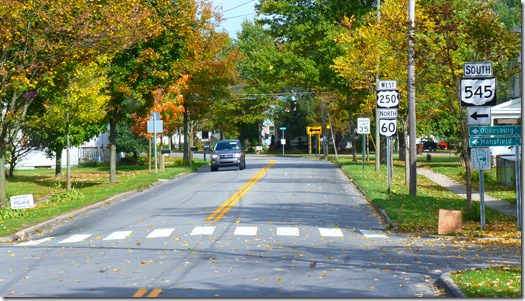 After driving through a couple of small towns and  passing some nice farmland, we eventually made our way to the Ohio Turnpike, and followed it 110 miles west into Indiana. I offered to take Greg and Jan on a tour of my old high school stomping grounds in Toledo, but they said they’d take a rain check. Those two have no sense of adventure at all. 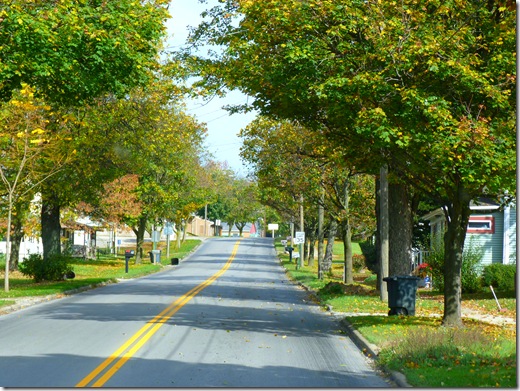 This old railroad bridge over the Maumee River has seen better days. 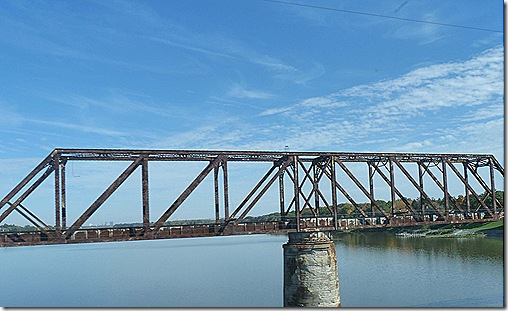 In some areas, it looked like the fall colors have already peaked in northern Indiana, but we did see a few trees that were still looking good. 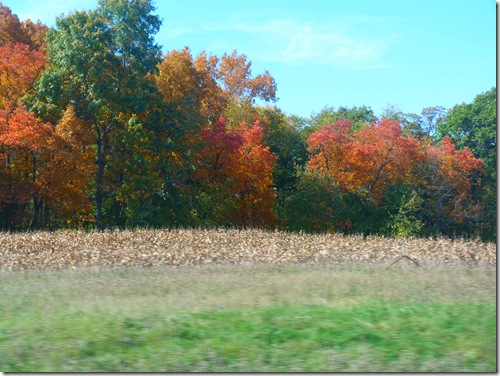 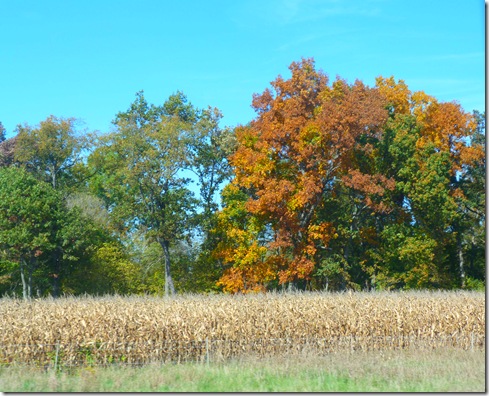 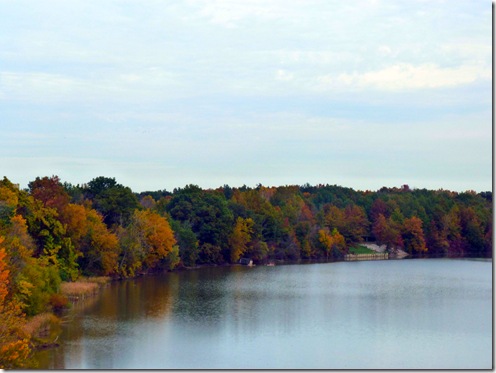 Terry likes taking pictures of old barns, and she got a couple of good ones along the way. 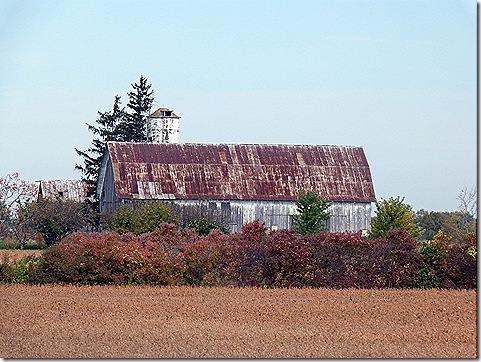 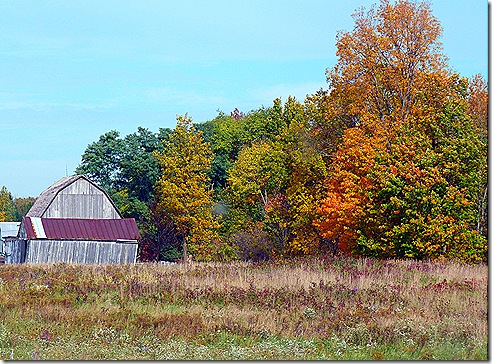 We got off the Indiana Toll Road in Elkhart, and when I stopped at the toll booth I discovered that it was not manned. So I had to put the $11.50 toll into the machine, one bill at a time. And if a bill wasn’t crisp and almost new, it rejected it. I was a bit frustrated by the time I finally got the toll paid and went through the gate, but I’m sure the folks waiting in cars behind me were even more so.

We pulled into Elkhart Campground at 3:30, stopped at the office to pick up our mail, and parked in our regular site. Several of the regulars waved to us as we drove in, and our friend Sally Wagner came over to welcome us. It sure was good to be back home again! We have been coming here for so many years that it really does feel like home to us. But after our week long visit, and all of the hospitality we experienced there, Smith’s Campground & Cabins feels like home too. So yes, we left home to go home, all in one day!

We covered 242 miles, and averaged 7.61 miles per gallon. The first 60 miles of the trip was on two lane roads, with some stop and go in the little towns we went through. Greg has the same engine and chassis on his motorhome as we do in our Winnebago Ultimate Advantage, and he got just over 8 mpg, so we were pretty close.

By the time we got parked and hooked up, everybody was beyond hungry, so we went to Mancino’s Pizza for dinner, and had a good time relaxing and unwinding from the trip.

We’ll be here a couple of weeks while we get the new issue of the paper ready to send to the printer, and then mailed out. Then we will be headed south, hoping that we won’t have a repeat of the cold, dreary weather we had in Florida last winter.

Thought For The Day – Apologizing does not always mean that you are wrong and the other person is right. It just means that you value your relationship more than your ego.

4 Responses to “Back Home In Elkhart”