Yesterday was a lazy day here at Smith’s Campground & Cabins, a few miles south of Loudonville, Ohio. We spent most of the day just relaxing and recharging our mental and physical batteries. I don’t think we have ever had a more tranquil campsite than ours here on the bank of the Mohican River. 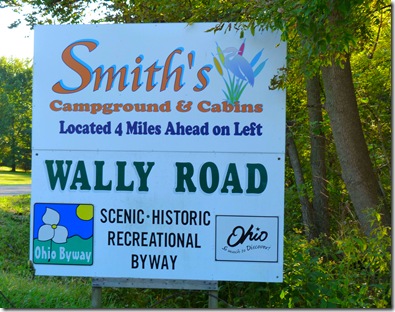 It was warm enough to have our windows and door open, and we watched the occasional canoe or kayak floating by, fish jumping in the river, with the sound of the leaves rustling in the gentle breeze, and all was well with the world. I told Miss Terry that this would be a great place to hang a hammock! The folks here at Smith’s had better have a really big tractor, because they may need it to drag me out of here. I love this place!

In the afternoon, Miss Terry gave me a haircut and trimmed my beard, and then we went into town with Greg and Jan to have dinner. Along the way we stopped to take a picture of these tipis a mile up the road, which are available for overnight rent. I think I prefer my motorhome, if it’s all the same to you. 🙂 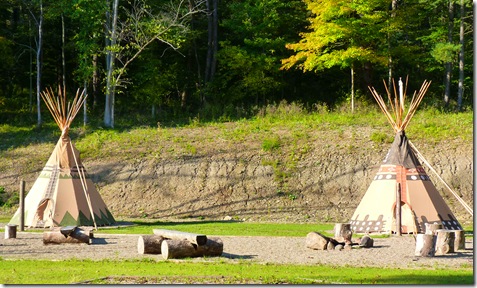 Loudonville is a friendly little town of about 3,000 people, and among its claims to fame is that it was the home of the Flxible Company, which manufactures motorcycle sidecars, ambulances, and the popular Flxible buses. Loudonville was also the home of Charles F. Kettering, who invented  the automobile self-starter and numerous other innovations for the automotive and transit industry. He also helped found the Sloan-Kettering Cancer Center in New York City.

The small downtown area has a couple of blocks of neat old business buildings, and after dinner we wandered around checking them out. 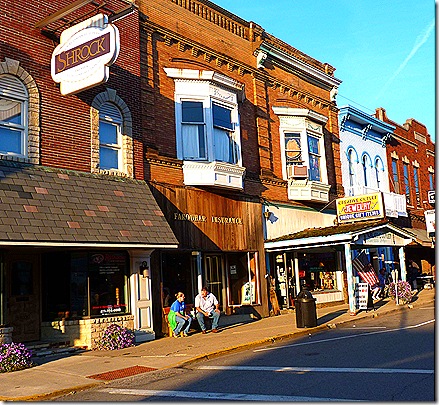 Many had interesting window displays of old time items. 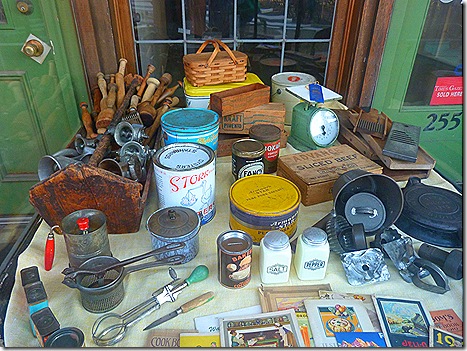 There was a street fair going on, and we had a good time people watching. Everybody was friendly, and even though we were strangers in town, I can’t tell you how many people said hello or nodded and smiled at us as we passed.

Is there any place in the world where you can eat more food that tastes so good and is so bad for you than at a street fair or carnival? They had vendors selling everything from burgers and barbecue to funnel cakes and fried pies. I love junk food, but even I passed on the deep fried Oreos! 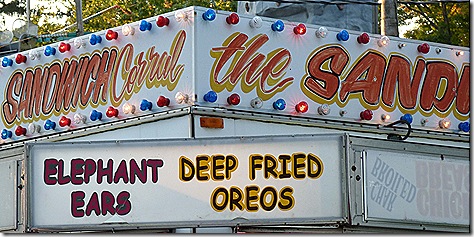 There were several carnival rides, from a carousel to a Ferris wheel, and a mini roller coaster. 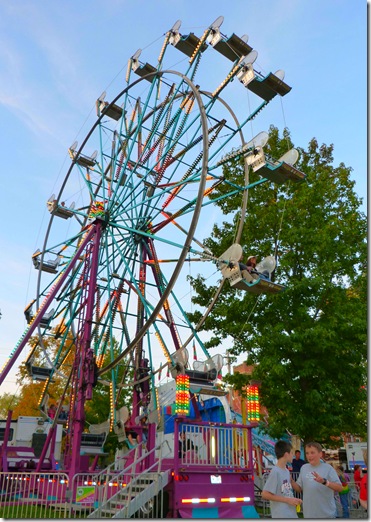 They even had a climbing wall. If you eat too many deep fried Oreos, you probably would either hurt or embarrass yourself if you tried this. At least I know I would! 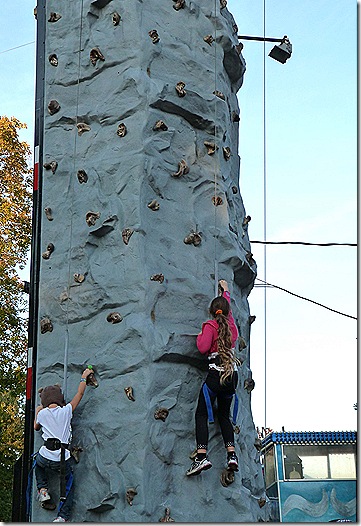 Today, Amy Smith, our hostess here at the campground, is going to take us on a tour of the area. Holmes County, Ohio has a very large Amish community, and Amy knows all of the back roads and places that tourists never get to see. We’re looking forward to learning more about this part of Ohio we have never visited before.

6 Responses to “A Lazy Day In Loudonville”