Yesterday our pal Al Hesselbart from the RV Hall of Fame Museum took us for a ride into Michigan to show us some great boat launches along the Saint Joseph River. Al is a dedicated bass fisherman and has fished the lakes and rivers of northern Indiana and southern Michigan for years, and I don’t think you could hire a commercial guide who knows more about the local angling scene than he does.

We are always looking for new places to paddle our kayaks, and Al introduced us to plenty of them yesterday. The river has a series of dams every ten miles or so, and in between it is broad and slow moving, almost a lake in some places. Perfect for paddling! And even on a holiday weekend, we did not see one jet ski or boat on the water anywhere. 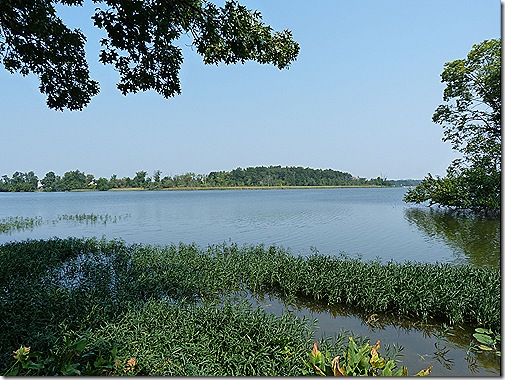 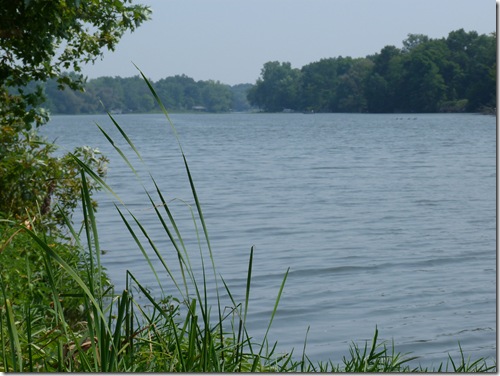 A few miles north of Centreville, we came to the historic Langley Covered Bridge, which at 282 feet long, is the longest of Michigan’s remaining covered bridges. Built in 1887, the old bridge is still in use today. 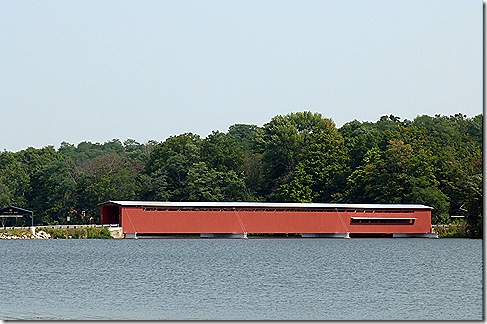 At one of the boat launches, located in a small park, there were dozens of small minnows in the water, and Miss Terry took a photo of Al and I checking them out. We knew with that much prey available, there was sure to be some bigger fish lurking nearby, but they were hiding, which is probably how they managed to grow up and become big fish! 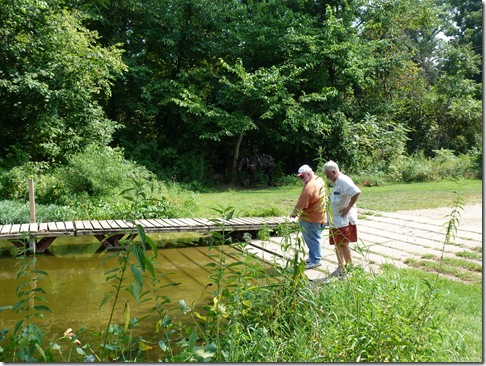 At the same park, there was an Amish buggy parked under the trees, its owners away fishing. Notice the fishing rod holder inside the cab, and the trailer ball on the back of the buggy? 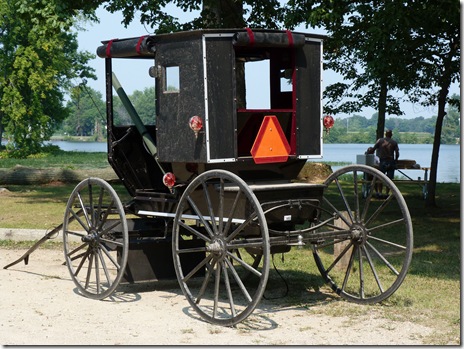 The horse was tied up in the shade, patiently waiting to pull the buggy on the trip home at the end of the day. Well, patiently waiting except for the flies that were buzzing about. He was using his tail to try to swish them away. 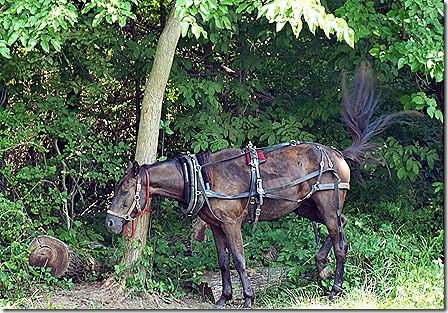 Terry always has her Panasonic Lumix digital camera handy so she never misses a photo opportunity. These were just two of a dozen or more swans we saw at one point on the river. 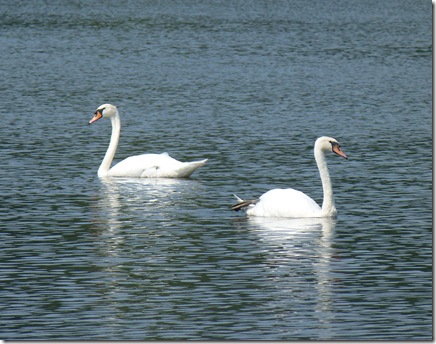 And this old boat pulled up in the weeds along shore looks like it has seen a lot of fishing trips. 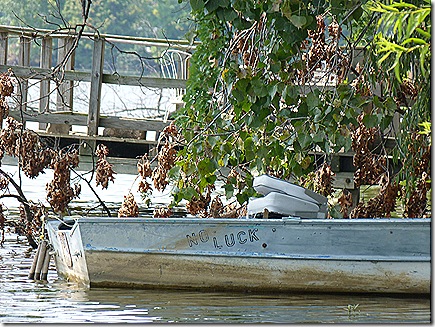 Thanks for the tour Al, we can’t wait to get out and do some paddling along the river!

Back in Elkhart, later in the afternoon, a bad storm rolled through town, and while we got a lot of rain, thunder, and lightning, we escaped the worst of it. A few miles away, in South Bend, they evacuated 80,000 people from the stadium during the Notre Dame football game due to the wind and lightning. The local news said this was the first time in history they have stopped a game due to weather conditions. Once the storm passed on, everybody went back to their game, then had to flee a second time late in the game, when the lightning started up again. By then Notre Dame had lost, both to the weather, and to South Florida.

We had rain all night long, and today we’re supposed to have more thunderstorms. But at least it has started to cool down, which is nice. While we have not had the long, drawn out heat other areas have had to endure, I still prefer it somewhere below about 82 degrees.

Thought For The Day – What I like about experience is that it is such an honest thing.