Our drive through Duluth on Sunday evening convinced me that I wanted nothing to do with the city while the highway is so torn up. So to avoid the mess, on Monday morning we drove to Superior, Wisconsin by bouncing 26 miles down a series of country lanes that were so narrow and overgrown that I swear I heard somebody picking Dueling Banjos, and the radio wasn’t even on!

We parked at the Richard I. Bong Veterans Historical Center and went in to check it out. Superior also has a Richard I. Bong Airport, and the bridge between Superior and Duluth is called the  Richard I. Bong Memorial Bridge. The name was vaguely familiar, and as soon as we were inside the museum, I knew. Richard Bong was a Wisconsin farm boy who became a pilot during World War II, and became one of history’s most famous aces.

Awarded the Congressional Medal of Honor, Bong rose to the rank of major in the Army Air Corps, and was a national hero. Rotated home after doing his first tour of duty, he volunteered to return to the combat zone two more times, to take the fight to the enemy, shooting down an incredible 40 Japanese airplanes during his time in combat. Ordered to go home, he was assigned duty as a test pilot, and was tragically killed eight months later in an accident in a jet, at the age of only 24!

The museum honors not only Major Bong, who grew up near Superior, but also all of America’s veterans, as well as the civilians and families at home who contributed to the effort to win America’s wars over the years. Exhibits include a P-38 airplane like the one Major Bong flew, decorated with a picture of his soon to be wife, Marge, on the nose. 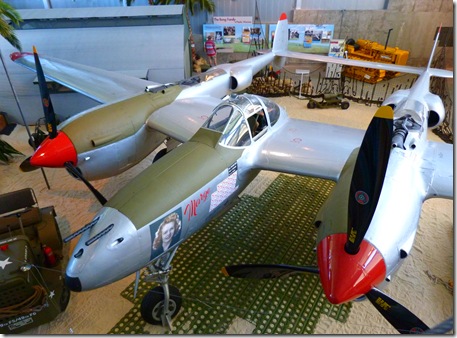 There are also exhibits on weapons, such as this Japanese paratrooper’s rifle, that could be disassembled for easier carrying, and exhibits on the contributions women made, both in manufacturing plants, and in uniform. 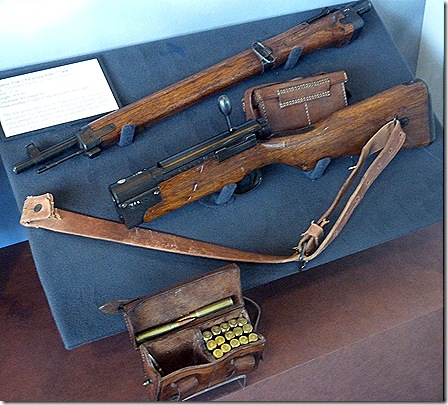 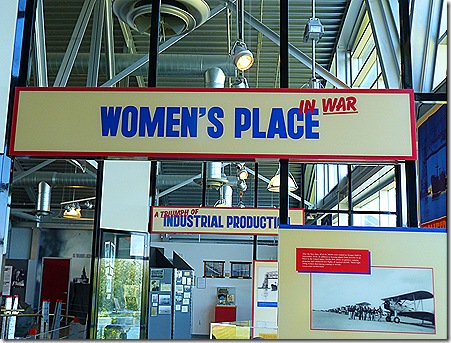 We left the motorhome at the museum and drove our Explorer a short distance to tour the S.S. Meteor, the last of the Great Lakes whaleback freighters. The ships took their name from their unique shape, which many compared to a whale. Over 40 of these ships once plied the waters in this region, and the S.S. Meteor is the only survivor. Today the ship is a museum operated by the City of Superior. 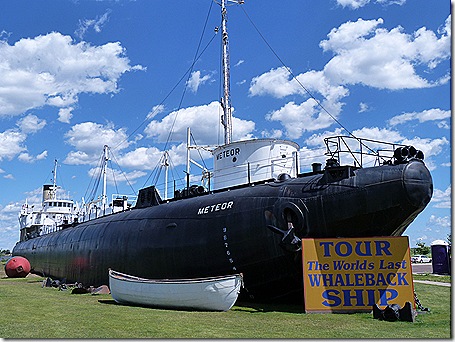 Our next stop was the beautiful Fairlawn mansion, the home of lumber baron Martin R. Pattison and his family. Once the showpiece of Superior, after the death of her husband, Mrs. Pattison donated the mansion to the city, with the stipulation that it become a children’s home. For 40 years, Fairlawn supplied refuge to thousands of children; not only orphans, but also abused children, children from families in crisis, as well as young unwed mothers. Some lived here just a few weeks, others spent their entire childhood at Fairlawn. The mansion has been carefully restored, and exhibits cover not only the days when the Pattison family lived here, but also the Children’s Home era. 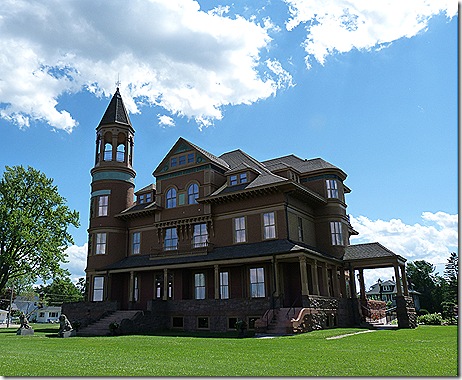 My friend Judy Rinehimer had e-mailed me with some tips about places to see in Duluth, and mentioned that while there, she had picked up a complete set of maps to campgrounds operated by the Army Corps of Engineers (COE) at their Visitor Center, on the waterfront. We really like COE campgrounds, so when we left Fairlawn, we drove across the bridge to Duluth and went to the Visitor Center, where the nice lady at the desk happily gave me a full set of the maps, which list every COE recreational location, with information on campgrounds, amenities, and lots more.

The Visitor Center is also a museum about the Corps of Engineers, and Great Lakes nautical history, with exhibits on the commercial and passenger vessels who have worked these waters over the years. Displays include shipwrecks, models of cargo ships, and equipment used to manage waterways.

Of course, we got turned around trying to get out of the mess that is Duluth, but eventually we found our way back across the bridge, hooked up, and hit the road, driving another 80 miles east on U.S. 2 to the Bad River Lodge and Casino at Odanah, where they have 16 free back-in RV sites on blacktop, with 30/50 amp electric and water, available on a first come, first serve basis. The only thing we didn’t have was a cell phone signal or service on our Verizon air card. So if you couldn’t find the blog at the regular time this morning, that’s why. I’m not sure when I’ll get it posted, but as we head east into Michigan’s Upper Peninsula today, I’ll try to find a place to pull over and get it uploaded. I appreciate your patience.

Thought For The Day – The secret of a good sermon is to have a good beginning and a good ending, and to have the two as close together as possible – George Burns