Nick's Blog » So Much To See And Do

If anybody ever tells you that North Dakota is dull and boring, you can bet they have never been there! There is so much to see and do here that it would take an entire year just to get to it all, if you hurried!

We awoke to wind yesterday, but at least it had cooled off quite a bit from the previous two days. We don’t like driving in strong wind, but since we had a short driving day, and it looked like it would be a tail wind, we left Miles City and headed east on Interstate 94. Unfortunately, the “tail wind” we had expected didn’t count for the fact that the highway has a lot of curves along the route, so sometimes we were getting pushed along from the rear, which really helps the fuel mileage. 🙂 Unfortunately, every time the road curved around a hill we got slammed hard from the side. It was not a fun ride. 🙁

We stopped at the Flying J in Beach, North Dakota and filled our tank, then continued another 24 miles to Medora, where we stopped at Theodore Roosevelt National Park. I’ve always been a fan of Theodore Roosevelt, and it was neat to tour his Maltese Cross cabin and the museum at the Visitor Center, which had a nice collection of Roosevelt artifacts, including rifles, ranching tools, and an undershirt with a bullet hole in it, from a 1912 assassination attempt. Though a deranged man shot Roosevelt from point blank range, the bullet was slowed down by a folded up speech and a spectacle case in the presidential candidate’s pocket, saving his life. Not one to be deterred by one little bullet, Roosevelt insisted on making the speech he had come to Milwaukee to give. I wonder how many of today’s politicians have that much stamina. 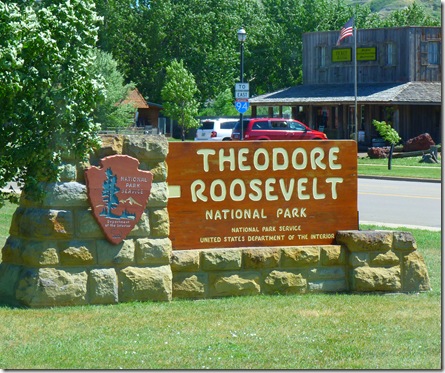 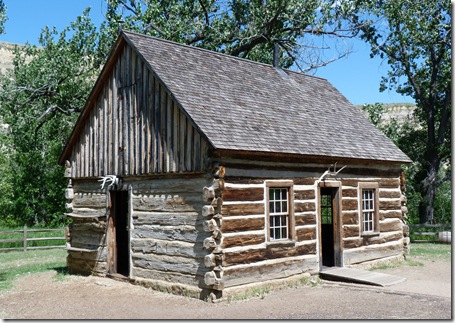 Back on the road, we drove to Dickinson, where we toured the Dakota Dinosaur Museum, which has a fascinating collection of dinosaur bones and skeletons, fossils, and an amazing collection of gems and minerals. 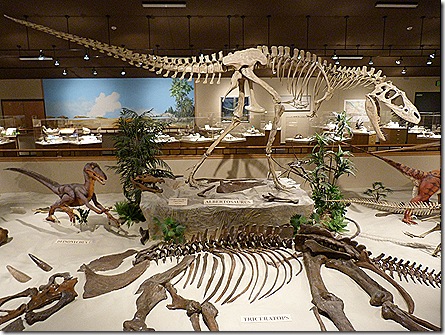 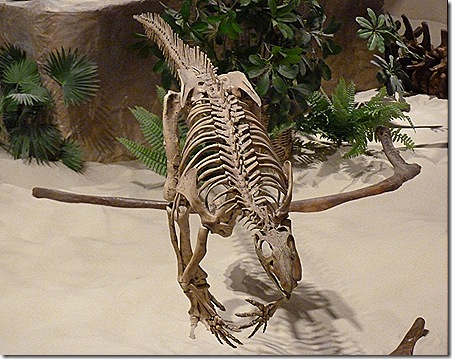 Miss Terry was really impressed with these fluorescent minerals, which are displayed in a dark room, but glow in an amazing assortment of colors! 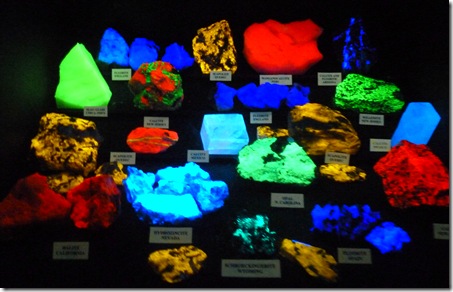 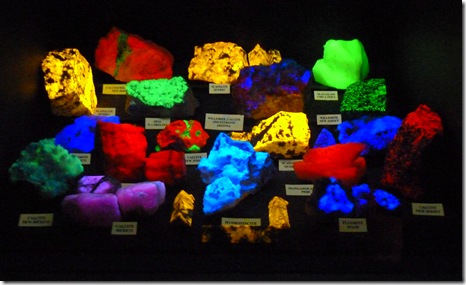 It seemed like the wind was getting worse, and after touring the dinosaur museum, we decided to find an RV park for the night. Dickinson is the center of an oil drilling boom and the place is really busy, but we found a pull through full hookup 50 amp site at the North Park Campground, a couple of miles off the highway. We had covered 173 miles, a rather short driving day for us.

But we weren’t done driving yet! Once we had the motorhome settled in at the campground, we drove the Explorer a few miles further east on the interstate, then got off at Exit 72, and took the Enchanted Highway south. Between 1989 and 2006, artist Gary Greff created a series of seven giant whimsical sculptures that are spread out along the highway for 32 miles to the small town of Regent, where Greff lives. These are reportedly the world’s largest metal sculptures, and I can believe it. Geese in Flight is 110 feet tall and 154 feet wide, and is listed in the Guinness Book of World Records as the official World’s Largest Metal Sculpture. 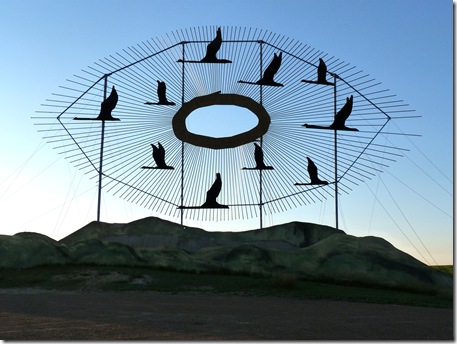 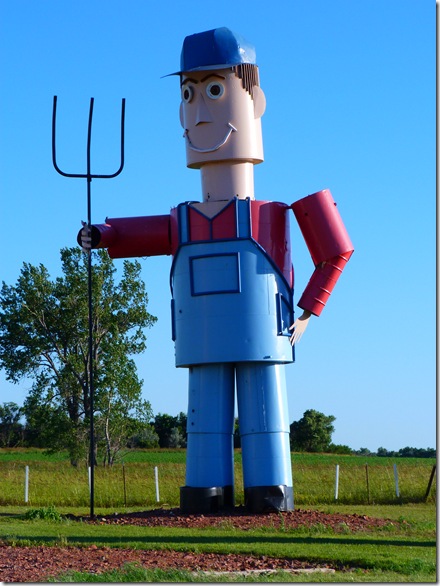 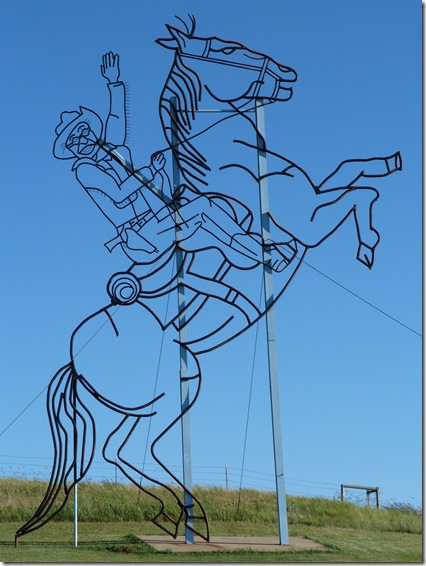 Regent is a tiny little town, so small that we saw two different people driving riding lawnmowers down the main street! There are a few businesses, including the Enchanted Highway Gift Shop, an American Legion post, a heritage museum, and a small full hookup RV park. If you want a quiet place to hang out for a while, I can’t think of a better location than Regent! 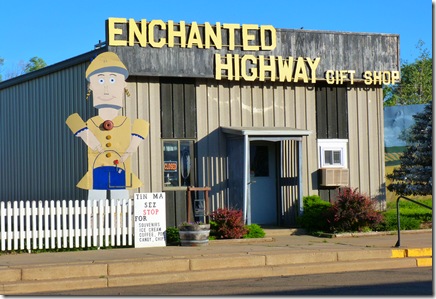 Miss Terry is an expert at spotting wildlife alongside the road, and when we were retracing our route back to Interstate 94, she spotted this hawk sitting on a hay bale. 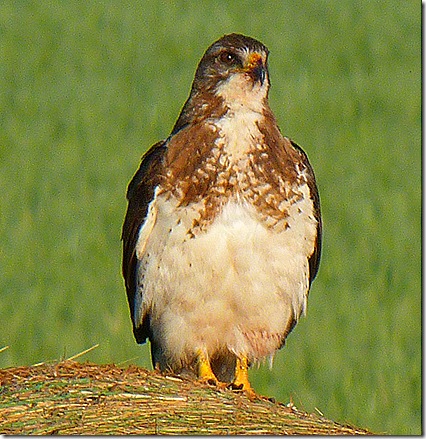 We took over 500 pictures yesterday, but I’m out of space and it’s late. But don’t worry, I’ll have feature stories on Theodore Roosevelt National Park, the Dinosaur Museum, and the Enchanted Highway in an upcoming issue of the Gypsy Journal.

Today we’re off in search of new adventures in North Dakota, a state with so much to see and do!

Thought For The Day -  My wife has a slight impediment in her speech. Every now and then she stops to breathe. – Jimmy Durante