It was miserably hot in Montana yesterday, but we covered a lot of miles and saw some pretty scenery in spite of the heat. Believe me, it was better to see it from inside our air conditioned motorhome than being outside in it!

We left Indian Creek Campground in Deer Lodge, headed east, and even though the road was smoother than it had been the day before, in most sections, a stiff side wind still kept me on my toes. A few times, when coming out from a hill or underpass where we were sheltered for a moment, the wind slammed us hard once we were out in the clear.

The terrain was not as steep as it had been the day before, but there were lot of snowcapped mountains in the distance. It was strange to be driving in 103 degree temperatures, and see snow on the mountains! 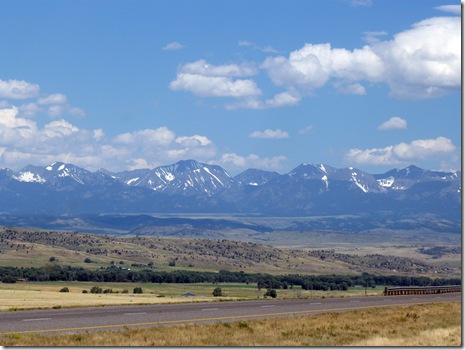 We still had some very steep hills to climb, with dramatic rocky faces, and the downhill grades were just as steep. 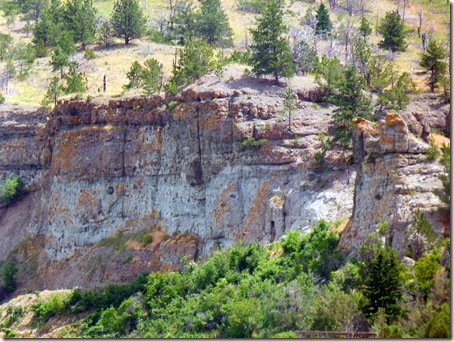 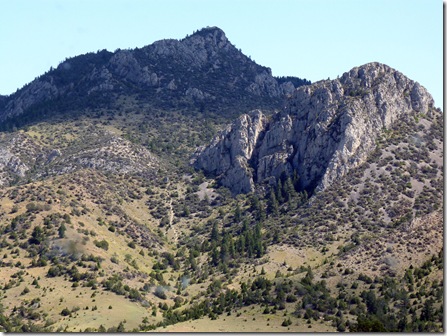 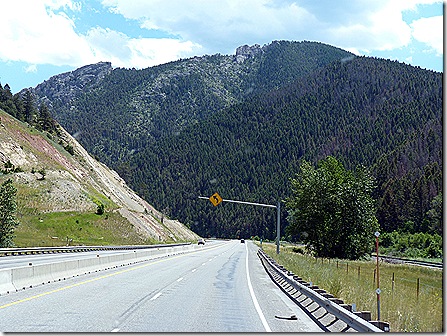 At one point, we passed the scene of a rock slide, and I sure was glad that didn’t come out onto the highway! 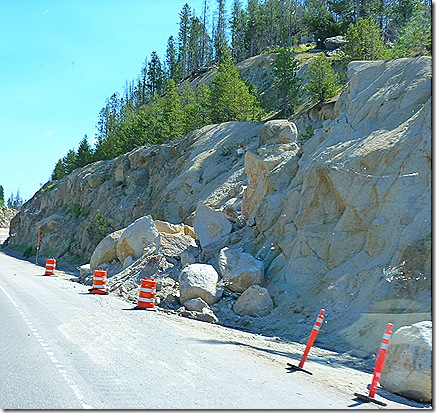 I always wonder about the old houses we see along the way.  Who lived there? What were their lives like? Were they happy? What made them move on? Some great tragedy? Or the hope for a better life? Sometimes I find myself inventing stories about the people who lived there. I think it’s part of being a writer. 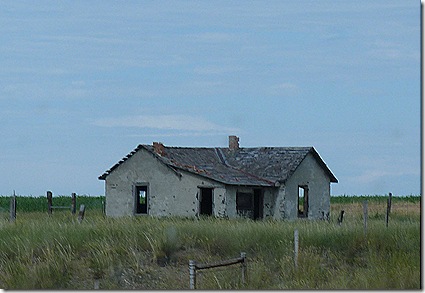 It looks like these folks even left their car when they took off. Why were they in such a hurry? 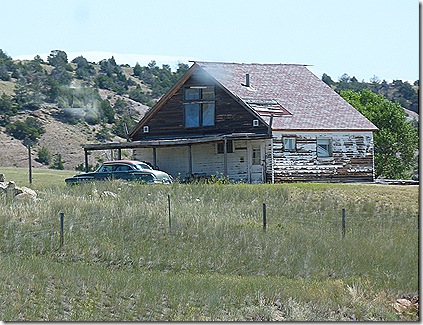 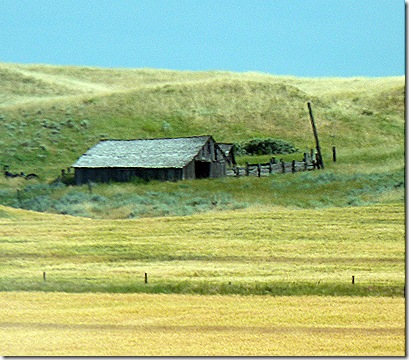 But not everything we saw yesterday was quite so scenic. Part of it was terrible. As we approached Homestake Pass, west of Billings, we started seeing black smoke, and the closer we got, the thicker it became. I told Miss Terry I feared it was a vehicle fire. 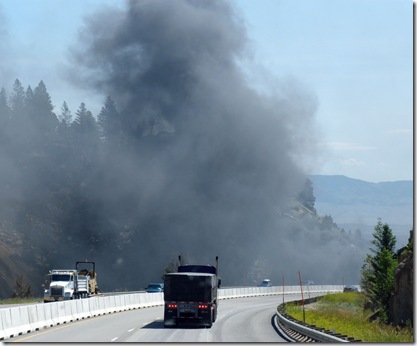 And sure enough, we topped out at the summit, and on the other side of the highway, we saw what was left of a motorhome, totally engulfed in flames. There wasn’t much left but the twisted frame. Even though we were in the far lane of a four lane highway, we could feel the intense heat as we passed. We learned later that the Highway Patrol reported that it it was a family from Kentucky, and that the RV started to overheat as they climbed the pass. The driver pulled over to the side, and then discovered the fire. Nobody was injured, and they managed to disconnect the car they were towing, but the motorhome was a total loss. 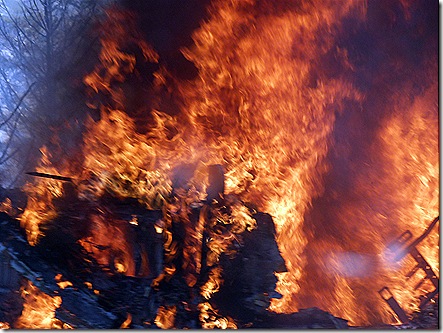 RV fires are terrible things, and we were subdued for quite a while after seeing the fire, counting our blessings that it was not us, and feeling terrible for the people who lost their RV and everything inside it.

Traffic was pretty heavy in Billings, and I was glad to put the city behind us. We continued eastbound, picking up Interstate 94, and the countryside was much more open. Mostly rolling hills and farmland. 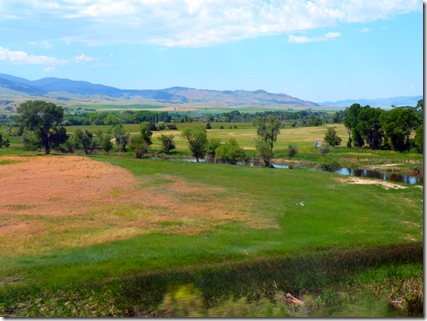 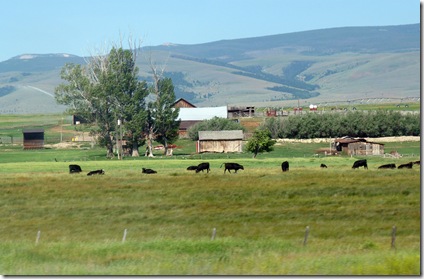 Between Billings and Miles City, there aren’t many towns, and the few we passed were small. It was getting late in the day, and we were both ready to stop, so I used the new free Woodalls  RV & Camping Copilot app on my iPad and located a nice little family owned RV park called Big Sky Camp & RV Park, on the east side of Miles City, just off Exit 141. The place is nothing fancy, but it’s clean and the owners are very friendly, and we got a full hookup pull through 30 amp site for $23. I just hooked up the water and electric, we didn’t need sewer, and I just wanted to get back inside out of the heat.

We covered 407 miles, and yes, that’s a very long day of driving. But now we’re getting close to North Dakota, where we plan to slow down and see some attractions along the way. We had heard about the Medora Musical and Pitchfork Fondue for years, but at $34 a person for the musical and another $26 each for the meal, we quickly decided to pass. Our tastes and budget are a little more modest than that. But we’ll still find some fun things to check out in the area.

Thought For The Day – We could certainly slow the aging process down if it had to work its way through Congress. – Will Rogers