If you have to spend the day in a big city, Seattle is one of the nicest you can choose to do it in. And commuting there on the ferry from Bremerton is the best way to do it.

Yesterday morning we left Greg and Jan’s truck at a parking lot on the waterfront, and boarded the ferry at the Bremerton terminal for the free ride across Puget Sound, which takes just under an hour. As the ferry pulled away, we had a great view of the Bremerton skyline, with the Olympic Mountains towering over the city in the background. 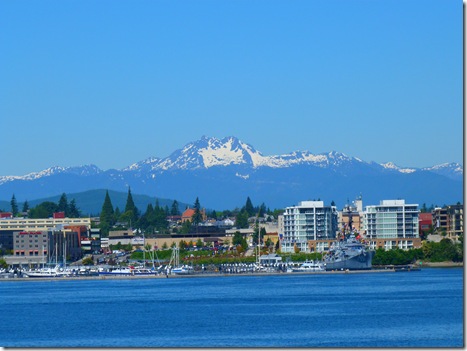 The passage was smooth, and we spent the time watching the shoreline of Bainbridge Island slip past us, and the sailboats cruising along. 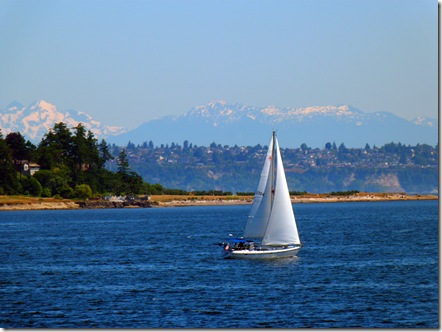 It was a little breezy and chilly on the open deck, but there were plenty of seats available inside the lounge. The ride gave us a great view of Mount Rainier, over 14,000 feet high. Scientists claim that the mountain is one of the most dangerous volcanoes in the world, and that if it ever blows its top, it would cause massive destruction throughout the region. 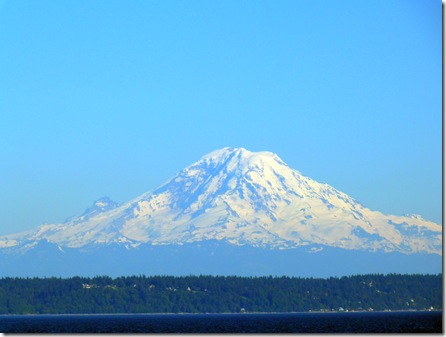 We had a good time watching passengers feeding the seagulls that hovered just above the railing, and before we knew it the city skyline was coming into view. 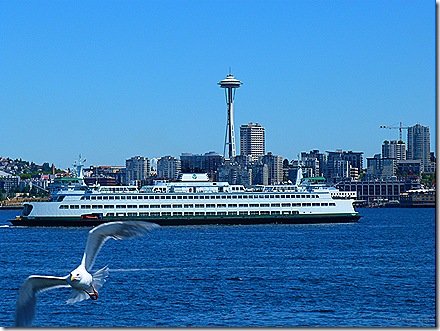 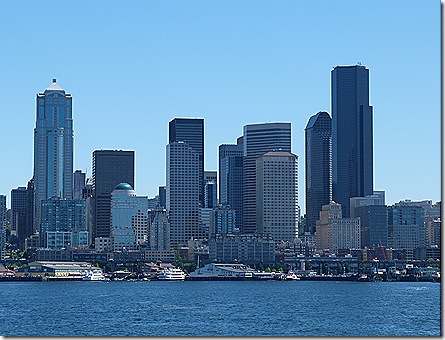 Our ferry, the 382 foot M/V Kaleetan, can hold 2,000 passengers, and up to 144 vehicles. One of those vehicles on our trip was this old Southwind motorhome. 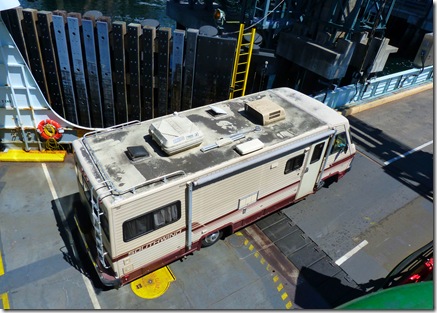 We walked along the waterfront, poking our heads into the Ye Olde Curiosity Shop, which sells all kinds of souvenirs, and displays such oddities as stuffed two-headed calves, and two bodies in glass cases that were discovered naturally mummified years ago, one in Arizona, and one in South America. Yuk!,

Then we walked up a couple of very steep blocks to one of our favorite places in this part of the world, the famous Pike Place Public Market. 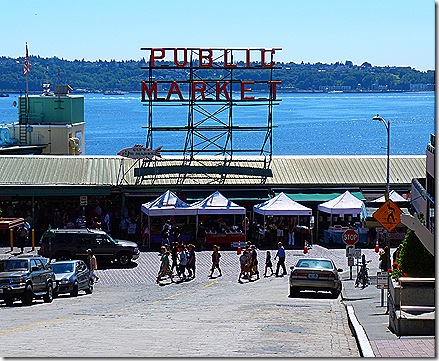 Part flea market, part craft mall, part farmers market, and part tourist attraction, you can shop for everything here, from fresh produce, to artwork, clothing, and souvenirs. The place was really crowded, and basically you moved when the crowd around you moved, and you stopped when the crowd stopped. If you have ever been to the Big Tent in Quartzsite, Arizona, you get the picture. 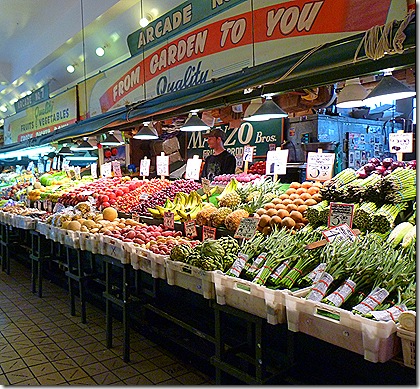 After exploring part of the market, we got tired of being bumped and shoved by the crowd, so we walked a few more blocks to the monorail station, where we paid $4 each for round trip tickets to Seattle Center for a close up view of the Space Needle, one of the most famous manmade structures in the world. Built for the 1962 World’s Fair in Seattle, the Space Needle is 605 feet high, and you can ride an elevator to the observation deck for a magnificent view of the city. At least they tell me the view is magnificent. At $18 a person, I’ll never know. That’s an expensive elevator ride! 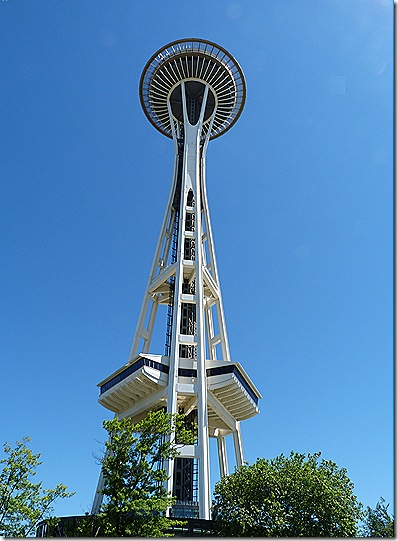 We did have a good time just wandering the grounds, stopping for an Orange Julius to cool down, and listening to a Peruvian band playing pipes. 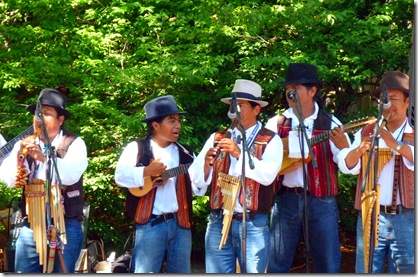 We hung out at Seattle Center for a while, then rode the monorail back downtown, where Miss Terry stopped at a Penzeys Spices store, and then a kitchenware shop, for some goodies. By the time we got back to Pike Place Market, the crowds had thinned out quite a bit, and we could move about much easier. We stopped to admire the many beautiful flower bouquets on display, and Jan bought some to take home. 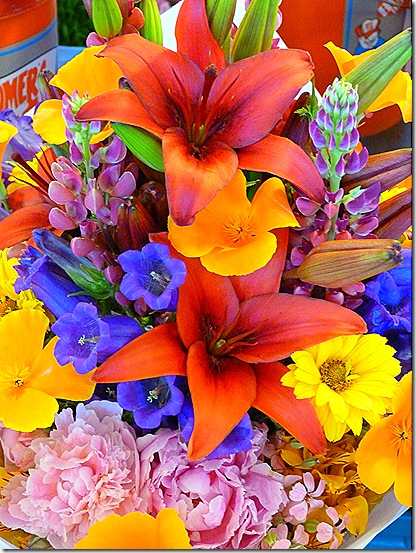 One thing the Market is famous for is its seafood shops, and you’ve probably seen the workers throwing big fish across the shops to each other on TV. Terry tried to catch them in action a time or two, but they were too fast for her. They sure had some goodies on display, and if we weren’t so far from home, we’d have stocked up. 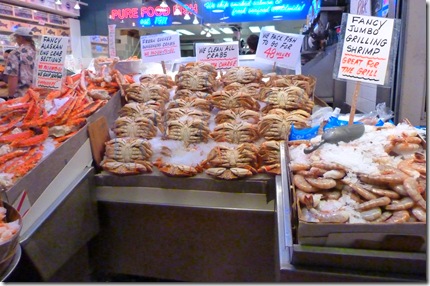 By the time we boarded the 5:30 ferry back to Bremerton, after paying our $7.10 fare per person, we were all worn out from our busy day, and Greg, Jan, and I catnapped part of the way during the crossing.

After a stop for dinner, we arrived back at the Elks campground worn out, but with some great memories of our Seattle adventure.

Thought For The Day – If a pig loses its voice, is it disgruntled?

7 Responses to “Day Trip To Seattle”