The Elks lodge here in Bremerton is located a couple of blocks off a main street, yet it feels secluded and quiet, surrounded by trees that give the place a lot of privacy.

The campground wasn’t very full when we arrived seventeen days ago, but it has really filled up since then. Actually, it started getting busy right after Greg White left. Now, is there any connection with him leaving and people starting to flock in? I don’t know, I’m just saying….. 🙂 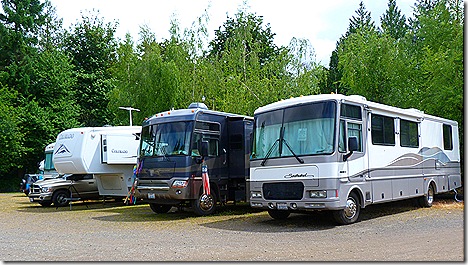 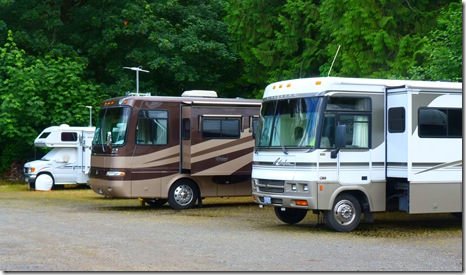 The campground is down a slight hill from the main lodge, and except for our neighbors in the RVs around us, these are about the only visitors we usually see. 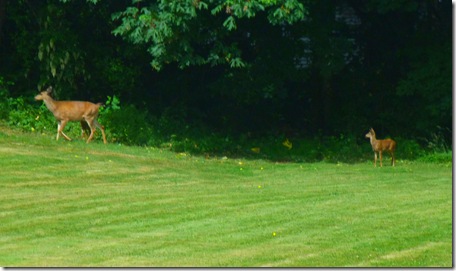 But that all changed yesterday when they held a car show. It had rained most of the evening and night before, and continued to do so most of Saturday morning. But by noon, the rain had let up, and they had a nice turnout. I love old cars, so I borrowed Miss Terry’s digital camera and walked over to check them out. 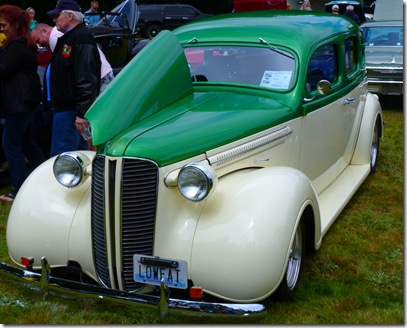 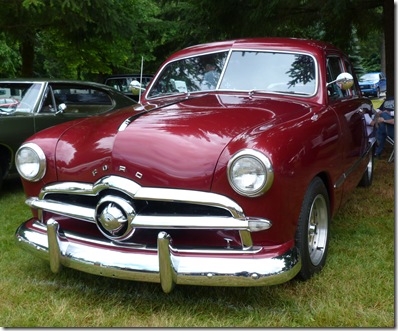 Actually, the first thing that caught my eye wasn’t a car, but this beautiful 1968 Triumph Trophy 500. The bike is a one owner, all original, with only 15,000 miles on it. My first motorcycle was a 1967 Triumph Bonneville, and I loved that old English bike. I can’t tell you I wasn’t tempted to do some dickering with the man selling this one! 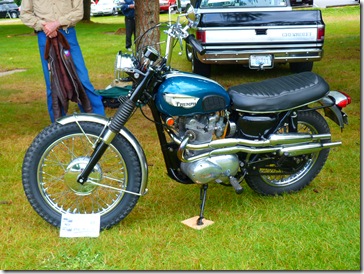 I have always felt fortunate that I grew up in the days of the American muscle car, when gas was cheap and horsepower was plentiful. Back in the days when American iron and steel ruled the roadways. I’m always amazed at how the cars I bought for $50 or $75 bucks as a teenager are worth so much these days. Of course, most of mine were not this nice!

But I did have a cherry 1956 Ford Victoria like this, until I let a friend borrow it one time, and he crashed it into a telephone pole. I was sick! 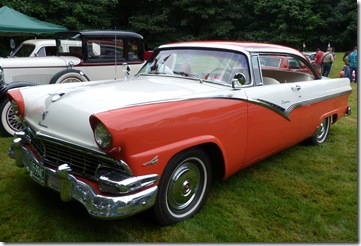 I also had a 1964 Galaxie convertible, but mine was black. This one sold new for $3573, and has been in the same family since it rolled off the showroom floor. 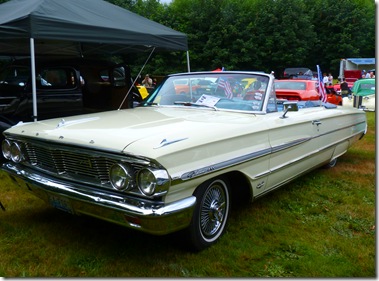 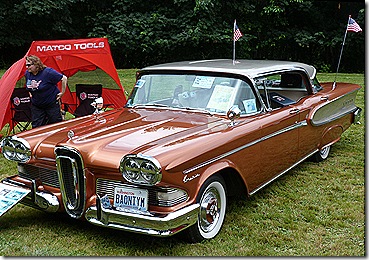 I never owned an old coupe, but always wanted one. 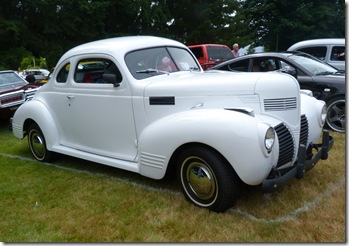 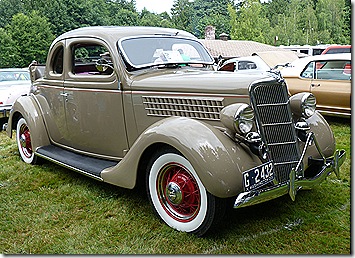 Here is a beautiful 1950 Dodge Meadowlark, and a 1947 Buick Roadmaster convertible. 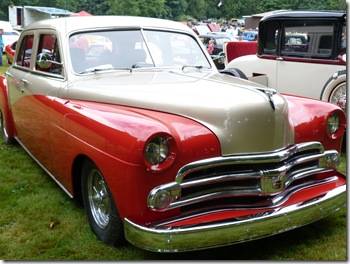 This 1952  Chevy was built the same year that Terry and I were born. 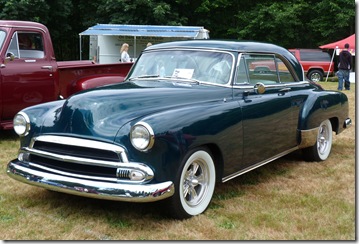 They also had a display of old military vehicles, including this World War II era halftrack. It was a high speed fighting machine that could carry ten soldiers, and was armed with both a .50 and .30 machine guns. This could sure keep those drivers with road rage at bay! 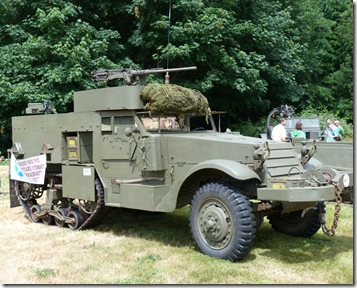 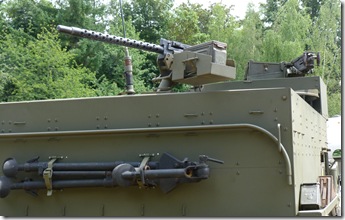 Somebody said that the owner must get stopped by the police with those guns on top. (Actually, they are plugged and inoperable.) He said that he imagines that driving on a city street with those tracks would probably get him stopped pretty quick anyway. Of course, the halftrack actually came to the gun show on a trailer.

Today we’re headed east, and hope to be somewhere around Spokane or Coeur d’Alene, Idaho this evening. Both cities have Elks lodges with RV hookups.

Thought For The Day – Santa Claus has the right idea. Visit people only once a year – Victor Borge