Yesterday was a day for big ships and high towers. We spent part of the morning watching the big freighters heading toward the Soo Locks or coming down from them. I could spend a week just sitting in a lawn chair watching those big boys go by!

Sault Ste Marie has several interesting attractions, among them the Museum Ship Valley Camp, a retired Great Lakes freighter that is now a museum to the history of the shipping industry on the lakes. Built in 1917, the 550 foot long Valley Camp carried  coal, iron ore, and limestone across the lakes. Today visitors can take a self-guided tour of the ship’s engine room, crews’ quarters, bridge, upper deck, and cargo holds, where exhibits cover everything from shipbuilding to navigational aids to shipwrecks. 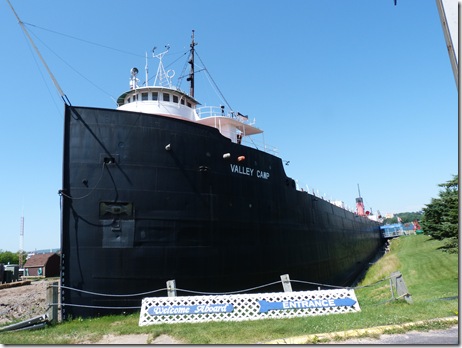 One display is an old Coast Guard motor lifeboat, built in 1937, that saw service for over thirty years. 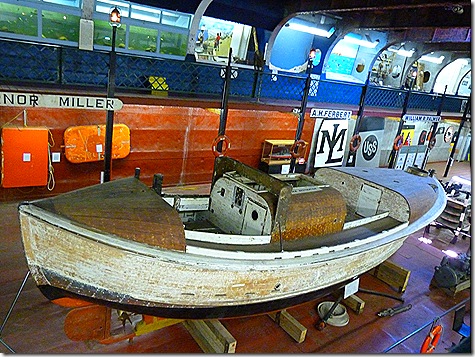 By today’s standards, the Valley Camp isn’t a very big ship, but when you are standing on the main deck looking aft it sure is a long way back! 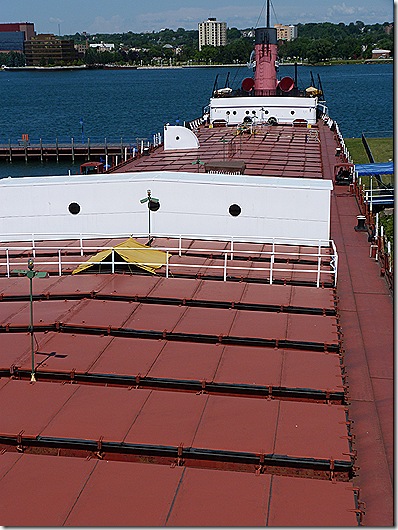 The crew lived in two to four man staterooms that were not fancy, but perfectly adequate. The ship’s officers enjoyed a somewhat better standard of living, with meals in a paneled dining room, and sleeping in slightly bigger quarters. 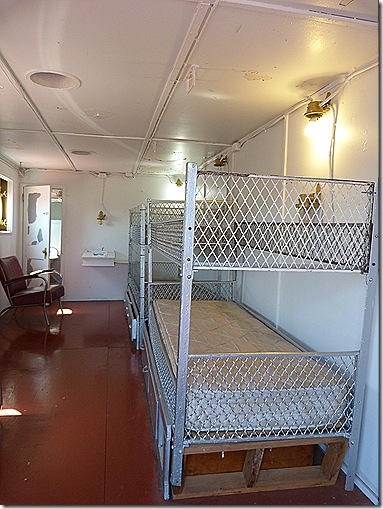 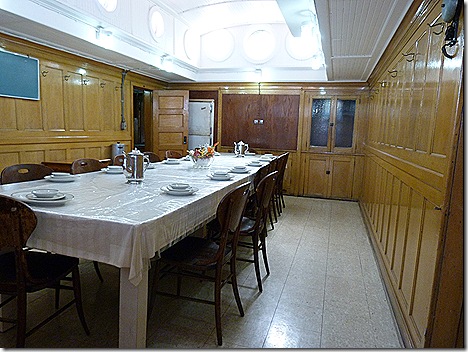 But life on the Great Lakes can turn deadly in minutes, and when the big waves start crashing over the bow of a ship, everybody works together just to survive!

The most famous Great Lakes shipwreck is the Edmond Fitzgerald, which sank in a storm off Lake Superior’s Whitefish Point on November 10, 1975, and is eulogized in Gordon Lightfoot’s haunting song. The museum has a display on the Edmund Fitzgerald that includes a movie and artifacts recovered after the ship mysteriously disappeared. A lifeboat from the ship, which washed ashore at Mamainse Point, in Canada the day after the Edmund Fitzgerald sank, is on display, along with the remains of a second lifeboat, which was torn in half in the storm. 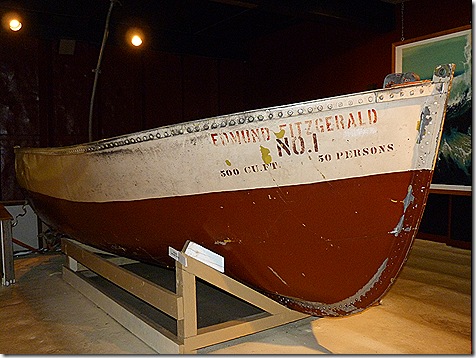 When we left the Valley Camp, we visited the Tower of History, which stands 210 feet high, offering visitors a spectacular view of Sault Ste Marie, the Soo Locks, and for twenty miles around. Don’t worry, an elevator carries visitors to the second of three observation decks, and it’s just a short stair climb up or down to the other two levels. 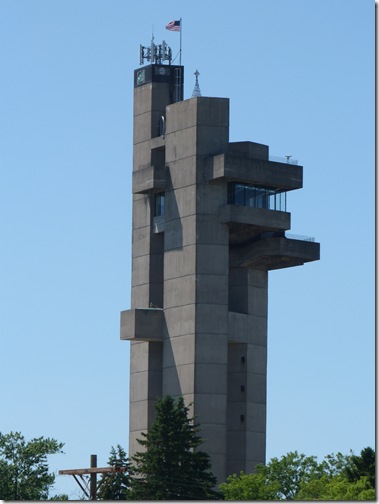 This picture gives a good view of the Valley Camp, and the Canadian shore across the river. 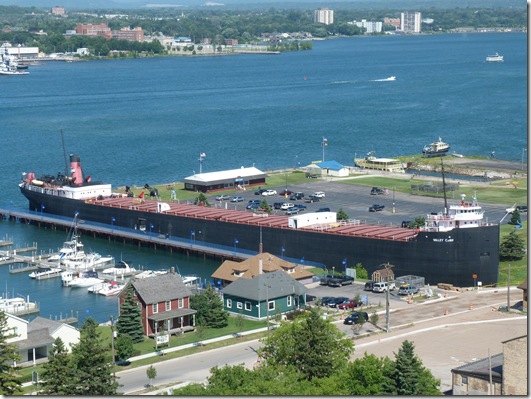 One of the most impressive buildings in Sault Ste Marie is the Cloverland (Edison) Electric Hydroelectric Power House, which is located next to the Valley Camp. Built in 1902, the  quarter mile long horizontal shaft plant supplies one/fifth of the power for Michigan’s Upper Peninsula. 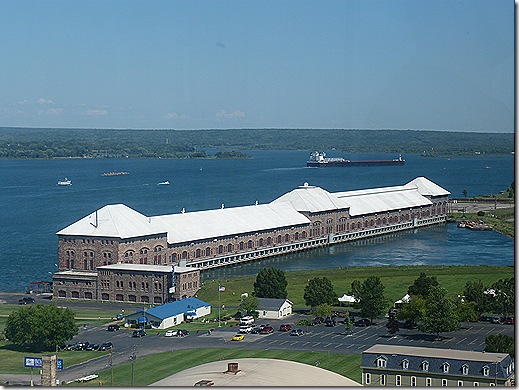 We got back to the Elks lodge campground tired from another day of sightseeing, and I was tempted to take a nap. Instead I wrote a new post for my self-publishing blog titled Know When To Hold And Know When To Fold, while Miss Terry made a delicious dinner of buffalo hash, one of my favorite dishes!

Today is our last full day here in Sault Ste Marie, and we have a couple of fun things on our schedule, including checking out the 3rd Annual Sault History Fest, which celebrates the history of the region, with demonstrations of Native American and pioneer crafts, music, vendors, and storytellers. Local regulations only permit the Elks lodge to allow RVers to stay here for four nights, but that’s not nearly enough time to take in everything there is to see and do here. This is one place we’ll be coming back to again!

Thought For The Day – You only live once, so do everything twice.