Today is Miss Terry’s birthday, so before I do anything else, I want to wish her a very, very happy birthday. I love you very much, my darling. Thank you for sharing your life with me.

We started yesterday off with a visit to the Tillamook Air Museum, a former World War II airship base, from which blimps patrolled the coast, in search of Japanese submarines which preyed upon American vessels and released balloon bombs to drift over the mainland. The museum’s huge blimp hanger is the largest wooden structure in the world. 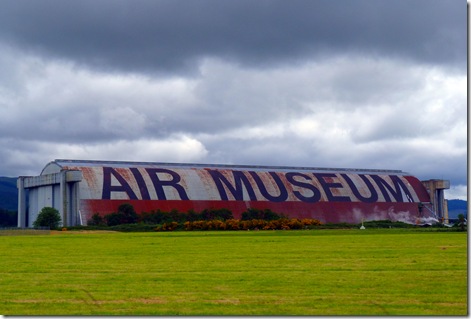 Inside the hanger is an impressive collection of thirty vintage military aircraft; everything from a fork tailed P-38 Lightning (top), to a Douglas Invader (center), and a German Messerschmitt (below). 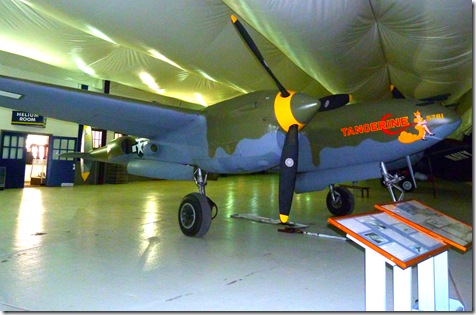 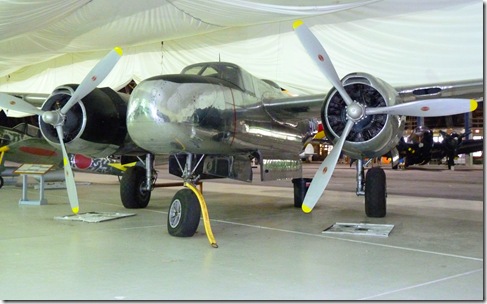 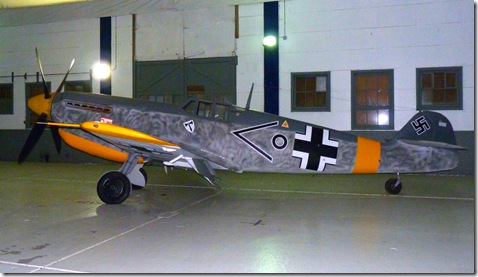 The museum also has a beautiful old Douglas DC-3, which saw military service as a C-47, and remains one of the most popular aircraft in history. 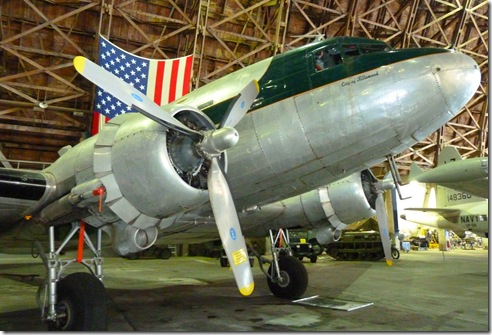 After touring the museum, we drove back to the Elks campground, got the motorhome ready for travel, and hit the road.

The trip up U.S. Highway 101 was slow and bumpy. As much as we love the scenery along the Oregon coast, from the California border on the south, to the Columbia River on the north, the highway is one of the roughest we have traveled in all of our time on the road.

It was a beautiful day with a clear blue sky overhead, but a thick cloud bank hung over the coast, making a line about halfway down the mountains. 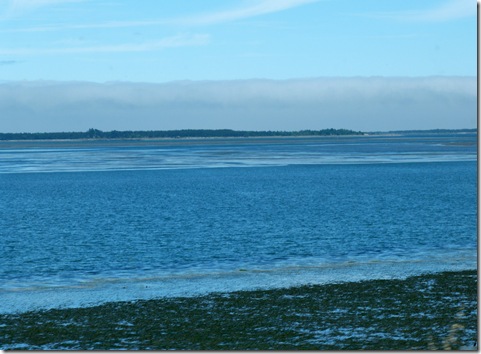 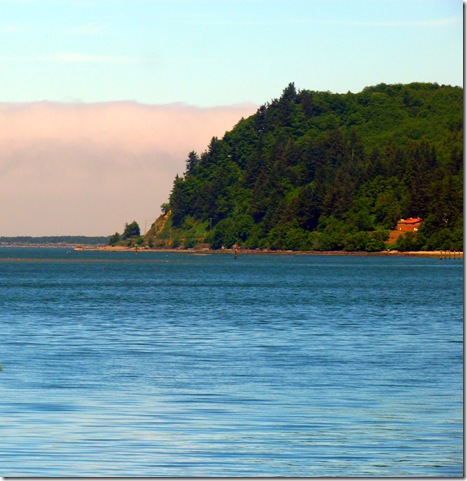 I drove the motorhome to within sight of the Astoria-Megler Bridge in Astoria, and then Miss Terry took the wheel and drove across the bridge, while I kept my eyes closed and tried very hard not to snivel until we were safely on the other side. It sure is good having a wife who can carry the load for me when I wimp out, and who doesn’t even laugh at my weaknesses. Well, not out loud, at least! 🙂 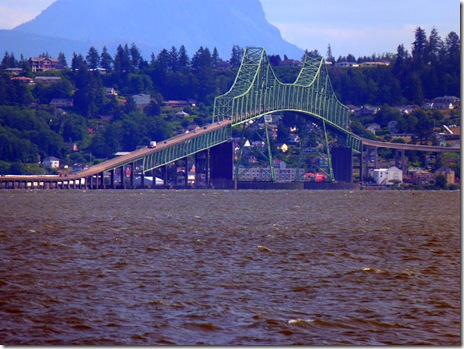 A short drive later, we were pulling into the Long Beach Thousand Trails campground, where we got a nice, level 50 amp back-in RV site. The internet service is slow, but steady so far, and our rooftop satellite TV dish was able to lock onto a good signal. The biggest drawback is that the mosquitoes here are as big as hummingbirds, and as bloodthirsty as wolves! I swear that the one that landed on my forehead was carrying a canteen, and filled it with my blood. Poor Miss Terry tried to smack it, and sprained her wrist on the darned thing!

We got parked and hooked up, and a short time later Bill Joyce and Diane Melde came by to welcome us and sat around visiting for a while. This is a regular stop for Bill and Diane, so they were able to fill us in on the local attractions, eateries, and things to do.

A couple of hours later, Greg and Jan White arrived, and the six of us went to dinner at Dooger’s, a seafood restaurant that has several locations on the Oregon and Washington coast. We have eaten at Dooger’s in the past and always enjoyed it, but this time around we were disappointed in the food and the service. The clam chowder was wonderful, but my steamer clams were bland and cold, and Terry’s Cajun seafood plate was greasy, with the razor clam just a little tougher than an old combat boot, and it was all cold. our waitress was friendly, but I had to ask twice for a refill of my Pepsi. The bill was about three times what the meal was worth, in our opinion, and we won’t be going back.

But that’s okay, there are lots of other places we’re looking forward to trying out! And we’ll choose one for Terry’s special birthday dinner tonight!

Thought For The Day – A ship in a harbor is safe. But that is not what ships are built for.