If you think kites are just kids’ toys, think again. Or better yet, take a trip to the World Kite Museum in Long beach, Washington. You’re sure to change the way you look at kites after visiting this colorful and fascinating showcase of the finest kites in the world, and the people who fly them.

It is only fitting that the museum be located here, since Long Beach is home to the annual Washington State International Kite Festival, one of the biggest and most famous events in the world of kite flying. Scheduled for August 15-21 this year, the festival will draw some of the best known and most experienced kite flyers from around the world.

Exhibits at the Kite Museum tell the history of kites around the world, and show the many types of kites from different cultures, and the roles they play. Kites are not just toys; over the years kites have served mankind as research tools, in hunting and fishing, and even in wartime.

The first display we saw at the museum was a beautiful collection of bird kites, flying pieces of art that ranged in size from diminutive to gigantic. Birds are a popular theme in kite design and art worldwide. There were kites mounted on display boards, kites mounted on the walls, and kites hanging from the rafters. Beautiful, brilliant kites everywhere we looked! 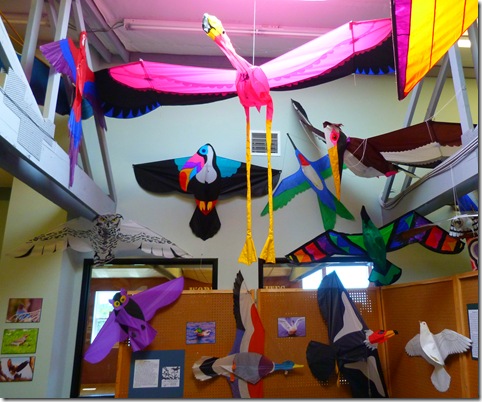 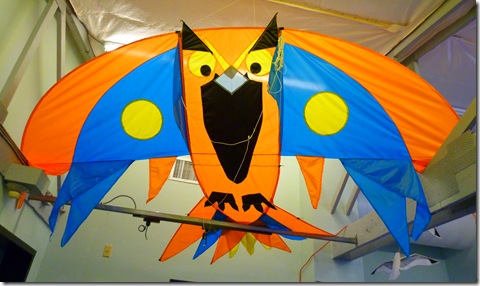 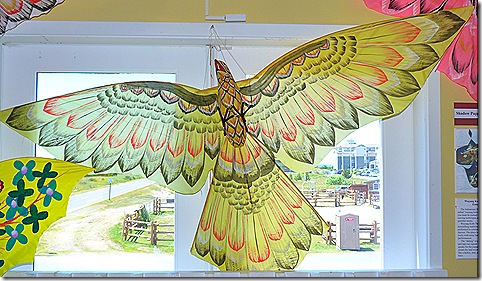 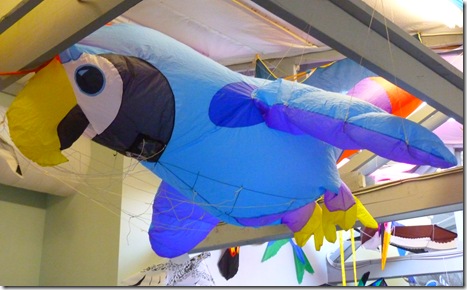 The next gallery had a collection of kites used at war over the years. During World War I, giant kites like this (top) were used to lift men high into the air, where they could see over the horizon to observe enemy troop positions and direct artillery fire. In World War II, kites were used as aerial targets in gunnery training (center), and to collect weather data and to report on enemy activity (bottom). 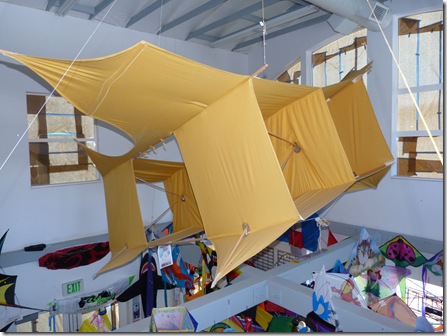 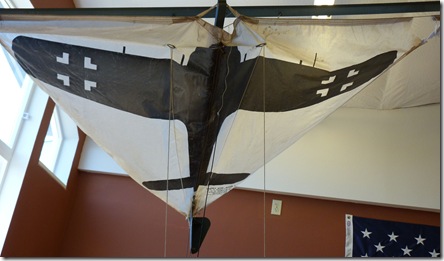 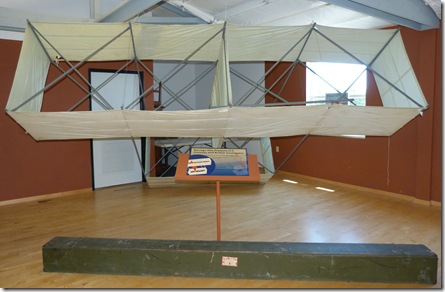 Kites have been used in another type of fighting for centuries. From Japan and China to Pakistan, kite fighting has been a popular sport. In some cultures, kites have metal blades attached to their lines, and the object is to cut the opponent’s control lines and set his kite free. In other places, the kite line itself is the weapon, impregnated with ground glass to allow it to saw through the opponent’s control lines.

Some of the most colorful kites at the museum come from Japan and China. Japanese kites are decorated with folklore heroes, and are used to illustrate popular stories. 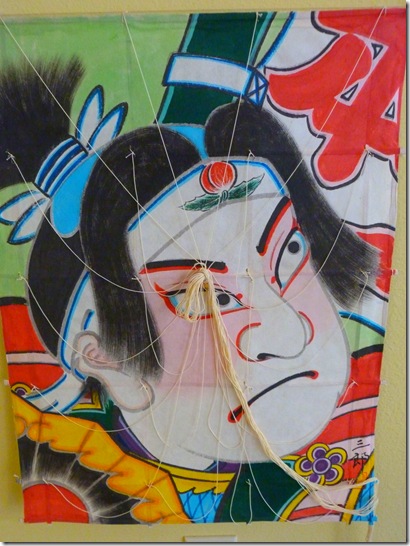 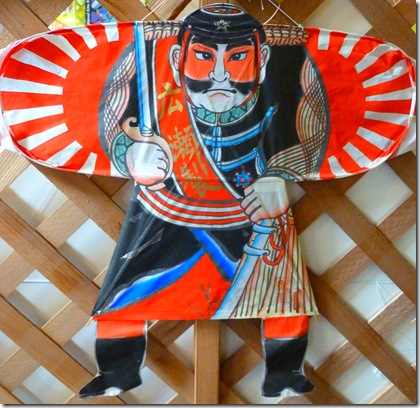 Chinese kites range from traditional one dimensional styles like these (top), to elaborate three dimensional art forms that are used in ceremonies and parades (below). 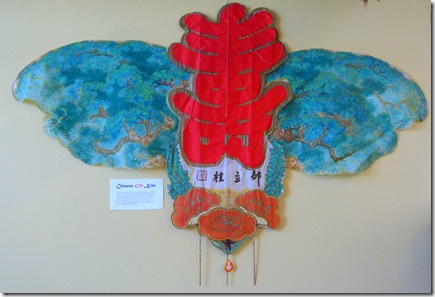 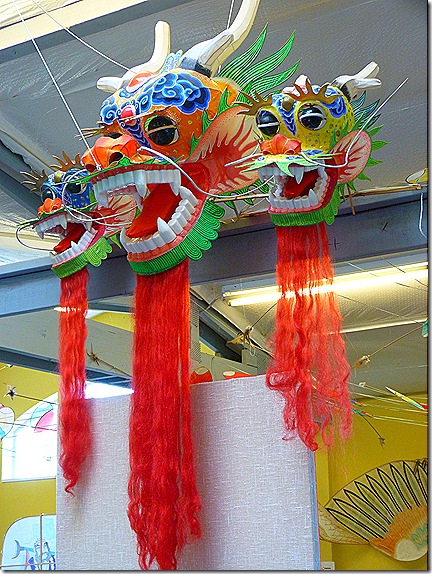 Kites are also used in technology research, and are helping science and industry come up with new ways to exploit solar and wind power, and to save energy. I was fascinated to learn that cargo ships are experimenting with huge kites that are flown high overhead, and act as giant sails to help propel the vessels. The shipping industry reports that kites like these can help save anywhere from 10 to 35 percent on fuel consumption.

The Kite Museum has a very nice gift shop, where visitors can shop an excellent selection of kites, kite accessories, books, and souvenirs. Terry and I agreed that the World Kite Museum has been one of our favorite stops along the entire coast, and a highlight of our trip.

Thought For The Day – The only way you can fail is to try, and that is more than most people ever do.