A few weeks ago, I wrote that I had purchased a new Garmin 465T trucker model GPS, and a couple of blog readers asked me to let them know what I thought of the new unit, after using it for a while.

After traveling about 1,000 miles with the GPS. I have to say that overall, I’m very impressed. It includes special features for big rigs, and allows you to input your vehicle’s specific height, width, and weight, and then selects routes best suited for that vehicle. It also alerts us to traffic congestion up ahead, suggests detours, and has live updates, all included in the price of the unit, which was about $300 from Amazon.com.

The GPS also has built-in info on truck repair facilities, truck stops, diesel fuel locations, and other data that RVers can use. Another built-in feature I like is that the GPS alerts us to low bridges and other potential hazards along our route. Driving from Tucson to Camp Verde, Arizona on Wednesday, the GPS let us know when we were entering areas susceptible to crosswinds, or about to start steep descents. Again, more info an RV driver can use. 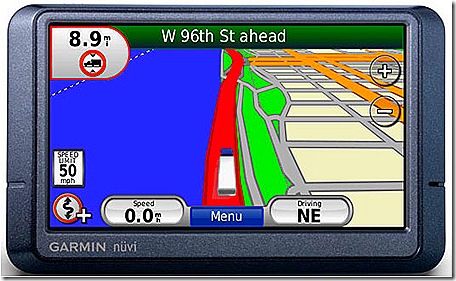 The one negative I have found with the GPS is that the sound level is much lower than on our previous Garmin Nuvi. It’s hard to hear under normal conditions, and if you have any hearing loss, or have your vehicle’s air conditioner or radio on, or are having a conversation, it would be easy to miss an alert. I would expect that a GPS made for commercial truckers would have the necessary volume to be heard in a noisy truck cab. I have not found a way yet to increase the volume. Still, the other features make up for that, and I’m glad we chose the 465T.

E-book readers are the hottest thing going these days, and they are changing the way many of us read. I tried one of the first generation Kindles, and while it was a good unit, I discovered that I just didn’t use it enough. I love browsing used bookstores, where I purchase or trade for most of my fiction, and many of the reference books that I buy are not available in digital format. So the Kindle found a new home, and eventually was replaced with an iPad, which is many things besides an e-book reader; with it I can surf the internet, listen to music, send and receive e-mail, and a lot more. While the iPad is heavier than the Kindle, for my needs, it is the answer.

Regular reader Greg Vederoff contacted me the other day to ask if he could switch his subscription to the Gypsy Journal from printed to digital format, and asked if it was viewable on an iPad. We have several readers who access the digital edition on their Kindles and Nook e-book readers, but since it is published in PDF format, and the iPad isn’t set up for PDF documents, I wasn’t sure. So I downloaded a free app called PDF Reader for my iPad,and checked it out, sending Greg a link to the current digital edition at the same time. We were both very pleased with how the digital edition looks and reads on the iPad, and the color photos are excellent. 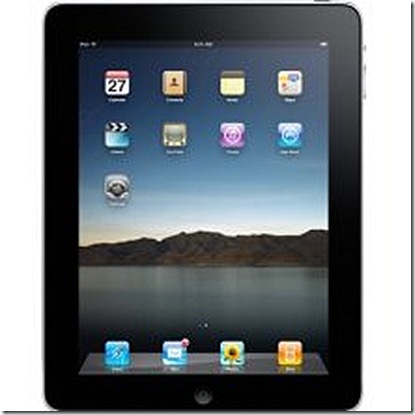 While I love my iPad, if I had it to do over again, I would not have purchased the first version, which offers internet access either by WiFi or through AT&T. I have found a lot of places where AT&T service is either terribly slow, or non-existent, but I can get online with the iPad through our Cradlepoint MBR1000 router and Verizon air card. The Verde Valley Thousand Trails preserve is a good example. I can’t get a signal on the AT&T system, but if I switch to WiFi mode, it works great. If I were shopping for an iPad today, I’d go to Verizon and buy the iPad and the Verizon MiFi wireless router, and make my life a lot easier.

For years I wanted an iPhone, but held off because I didn’t want to deal with AT&T, which has had a lock on the phone forever. Besides which, I’d say that easily 80% or more of the fulltimers we know use Verizon, which has a much better footprint nationwide, especially outside of towns and cities. Terry’s parents and my daughter are also on the Verizon network, so we can call almost everybody we know, and it doesn’t count against our phone plan’s minutes.

Last September, I replaced my Blackberry Storm with a Droid Incredible smart phone, and that has been one of the best decisions I’ve made. The Droid is a much better platform that the Blackberry, is easier to use, and has a lot more apps available. Of course, soon after I got the Droid, Verizon acquired the right to sell iPhones too. But, now that I have had the Droid for six months or so, I wouldn’t trade it for a new iPhone if it were offered. 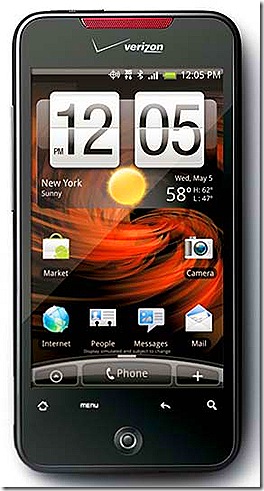 So that’s my latest technology update, from a non-technical guy. I don’t know how or why a lot of this stuff works, I just know what works for me, and that’s all I need. No wonder my friend Brenda Speidel calls me Gadget Boy!

Bad Nick isn’t a techno-nerd kind of guy either, but he does know that the internet is a powerful tool, and he likes to use it to spread his own views on the world we live in. Yesterday he was at it again, posting a new Bad Nick Blog titled Wasting Your Tax Dollars. Check it out and leave a comment.

Thought For The Day – Ignorance, making people feel righteous for over 2000 years.