Nick's Blog » I Have Nothing To Report

I have nothing to report today. I’ve been under the weather and feeling really yucky for the last couple of days, which means I don’t have much new to write about, so I thought I’d touch on a few things that have been sitting on the sidelines, waiting for a time just like this.

There are dozens of different products that RVers can pour into their black water holding tanks, and some are pretty good, while others are basically a waste of money. For years, Terry and I have used Doctor Drain, which we buy at WalMart, in the section where you find things like Rid-X and other household chemicals. We find that just a couple of spoonfuls handles our black tank with no problems, and it is a lot cheaper than the products you’ll find in the RV section. One packet lasts us two or three months. However, there are a few places in the country, California being one, where we have not been able to find Doctor Drain. So when we do find it, we stock up on two or three packets at a time. 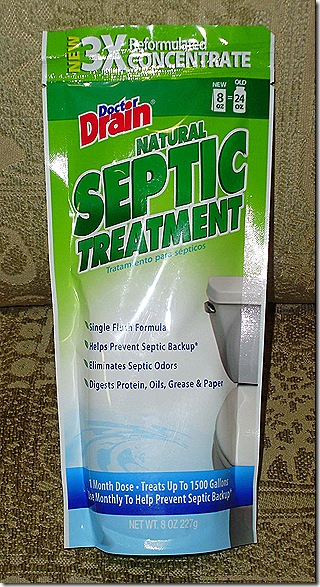 A few years ago, when we were teaching at Life on Wheels, we came across this interesting homebuilt RV in a WalMart parking lot in Missoula, Montana. Made from a 1961 Corvair van, it had solar panels, a satellite TV dish, and all the comforts of home, just on a smaller scale. I talked to the fellow who had it, and he said that he spends a lot of time here in the Verde Valley of Arizona. And sure enough, a few days ago we saw the same rig parked at the Safeway in Cottonwood! It’s a small world, isn’t it? 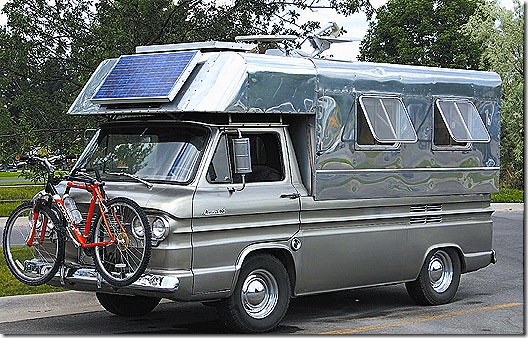 I’m hearing from a lot of folks who are worried about high fuel prices, asking us if we plan to curtail our RV travels this year. The answer is no. We had planned to spend the summer on the Oregon and Washington coasts, and barring any unforeseen circumstances, that’s exactly what we will be doing. I figure that the route we laid out for our summer travels would be about 1900 miles.

On our trip from Florida to Arizona back in January, we paid an average of $3.50 a gallon for diesel. Based upon that price and the mileage we average on our Winnebago diesel pusher, we expected to pay about $960 for diesel fuel. If the pump price jumps as high as $5 a gallon, we’d pay $1375 for fuel. That’s a difference of $415 over the entire summer. When you consider that I have six consecutive weeks booked at Thousand Trails campgrounds along the Oregon and Washington coasts, which will only cost us $10 out of pocket, besides our regular annual dues, it’s not going to be all that expensive. As I’ve said before, the only choices a fulltime RVer has is to pay it or park, and I’m not ready to park it.

Just when I thought winter was behind us, another cold front is coming through. The weatherman says the White Mountains could see as much as eighteen inches of snow this weekend. We’re due to leave the Thousand Trails next Wednesday, and we’re in a holding pattern, waiting to see when the Elks lodge campground in Show Low will be open, so we can go spend some time with my daughter Tiffany and her family. Last week when I called the lodge, they said they planned to open anywhere from April 15 to May 1st, but with this storm coming through, I suspect it will be later, not sooner. So we will need to find a place to hang out until the campground opens.

We can boondock on BLM land right next to the Thousand Trails if we have to, but if it warms back up, we’d prefer to have some hookups and to run our air conditioner, instead of living off our generator. We’ve done a lot of dry camping over the years, more than the average RVer ever does, but we’ve reached the point in our lives where we are more comfortable with full hookups. Yeah, we’ve gotten spoiled.

Thought For The Day – The key to being at peace with others is to stop being at war with yourself.

12 Responses to “I Have Nothing To Report”