The Arizona Good Sam rally is going on at the Yuma Fairgrounds this week, and yesterday I spent some time visiting with the rally staff and the vendors who are here for the rally. Most of them will be staying over for our Arizona Gypsy Gathering rally next week, and since a couple were vendors we had not met before, it was nice getting acquainted.

One vendor who is still undecided about staying over for our rally is displaying Cricket electric sport vehicles and Hobie kayaks at the Good Sam rally. The Cricket is a neat little battery powered vehicle that a lot of RVers are going to love. It can comfortably carry two adults, will run nine hours on a charge, and best of all, it folds down to just 28 inches high and 32 inches wide, to fit fit into the back of a pickup or SUV, or on a carrier on the receiver hitch of a motorhome! It would be perfect for folks who want to zip around the campground, or for folks with mobility issues.

I love gadgets, so I just had to take this thing for a ride! I drove it over to the back side of the fairgrounds, where our advance staff is parked, and told Miss Terry to come check out her new ride! When she saw it, I think she was wondering what the heck I had bought now! I assured her that I hadn’t found something else to carry around, but by the time she got done checking it out, judging by the smile on her face, I think she was wishing that I had! 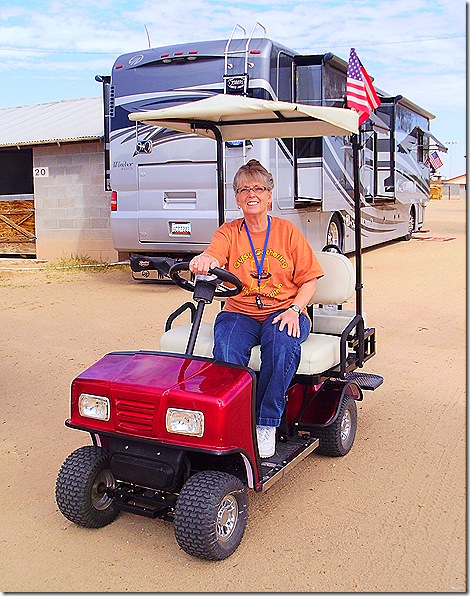 After dropping the Cricket back off, I stopped at the fairgrounds office to pick up some packages that UPS had delivered for Greg White, and delivered them to Greg at his motorhome.

One item in the box was a Marware C.E.O. Hybrid case for my iPad that I had Greg include with an order he had placed with Amazon.com. Somebody had one of these cases on their iPad at our rally at Elkhart Campground last year, and I have wanted one ever since. It fits on the iPad like a book cover, to protect it, and opens up to act as a stand. How cool is that? 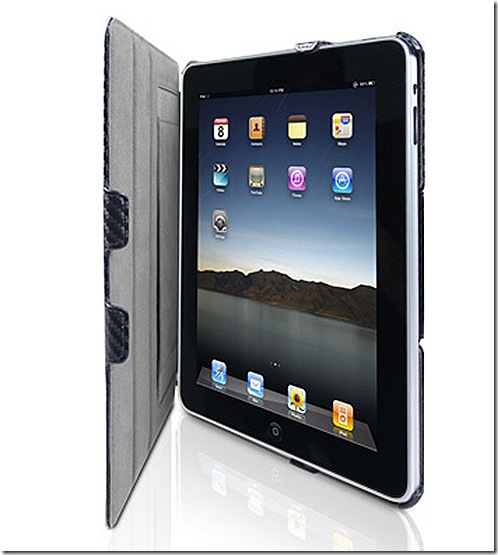 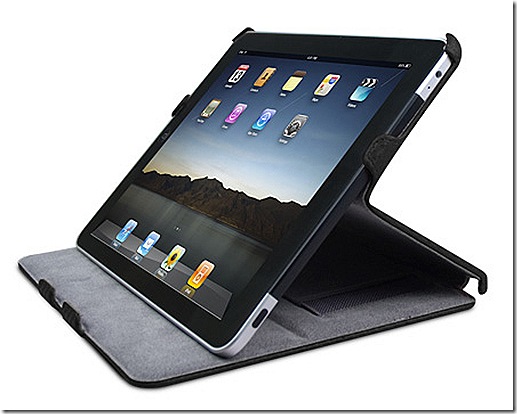 Miss Terry has been busy with a lot of details for the rally, from ordering donuts and pizzas, to setting up registration forms, and without Barbara Westerfield to help her, I think she’d be lost. We really appreciate Tom and Barb’s help, they are great friends and very dedicated supporters of our rallies.

About 5 p.m., Greg, Jan, Tom, Barb, Terry, and I went to iHop for dinner, and then sat around the restaurant talking and enjoying each others company until our meal had settled enough to make room for dessert at Dairy Queen. Once we got there, I was teasing Barbara and Greg about something while we we ordering, and the young girl behind the counter blushed over something I said. So I told her, “Guess what, this is the kind of stuff your parents are doing when you’re not home!” She laughed, and said that was way too much information!

Between dinner and dessert, by the time we got back to the fairgrounds 4 1/2 hours had passed, but it seemed like less than half that. When you’re having fun with good friends, time really does fly!

While we were goofing off, Bad Nick was busy too, writing a new Bad Nick Blog post titled Shores Of Tripoli. Check it out and leave a comment.

Thought For The Day – Never hit a guy with glasses. Always use your fists.