After having to get up early all week while we were getting our TV cabinets upgraded at RV Renovators, I can’t begin to tell you how nice it was to sleep in yesterday morning. Especially given the weather!

We had enjoyed temperatures in the low 80s for a while, but now winter has returned to Arizona with a vengeance. When I first looked outside yesterday, I thought that we must have slept well into the afternoon, because it looked like it was already dusk outside. But it was just a heavy gray sky blotting out the sun. The wind was blowing hard, rocking our motorhome and bending the palm trees over, and rain was coming down hard.

For most of the day it was like that, until early evening, when the wind finally slacked off, but the rain still came and went. The temperature had also taken a nosedive, and I made good use of our little electric cube heater. Today’s forecast is for showers, and it will stay chilly for the next several days. The good news is that our friends back in Florida are delighted that it’s nice and warm there, now that we have left!

I wanted to go to Home Depot to get some coax cable and some wire connectors to extend the wiring in the bedroom TV cabinet, so we can open the door further, but it was just too yucky to want to venture outside. So instead, we spent the day at home, catching up on paperwork that never seems to end, doing laundry, and watching television.

During the late afternoon my eyes were getting droopy, so I took a little nap on the couch, until Terry woke me up to tell me that dinner was ready. She made her delicious anchovy aioli pasta, which was outstanding, as usual. For dessert, we polished off the last of a batch of peanut butter cookies Terry made a few days ago. Yummy!

Several blog readers have written to ask if I saw the post on the RV Business blog about the RV Hall of Fame Museum in Elkhart, Indiana, which is in dire financial straits, and in danger of closing if they can’t find some angels with deep pockets to bail them out. I was aware that the museum was struggling to keep things going, but I had hoped that it wouldn’t come to this. 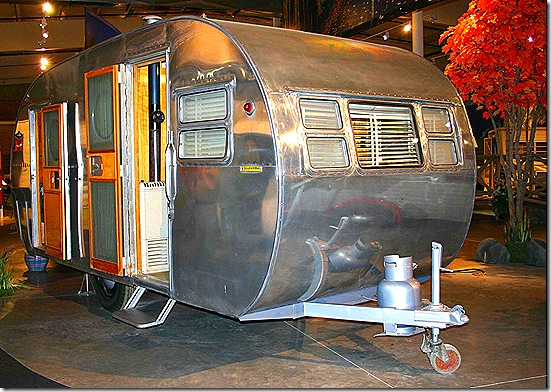 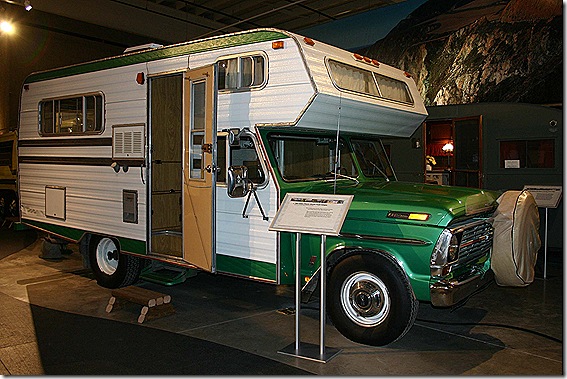 The museum is suffering the same fate that Life on Wheels did toward the end. They both depended on the support of the RV industry to keep the doors open, and these days that industry is in too much trouble to even help itself. If I am an RV manufacturer and I can’t pay my own bills, I darned sure can’t pay somebody else’s bills.

I have been to the RV Museum many times, and love the place. Al Hesselbart, museum historian, is a good friend of mine, and when I talked to him the other day, he said that the museum’s directors and staff are fighting to hold on, and hoping for the best as they try to find a solution to their financial woes. I hope they do, because it’s a marvelous facility, and it would be a shame to see it disappear.

If the weather is any better today, we’ll run some errands, and I’ll pick up the coax cable and wiring I need. If it’s just as ugly as it was yesterday, I’ll just roll over and go back to sleep.

Bad Nick doesn’t let a little bad weather slow him down. He posted a new Bad Nick Blog titled Say It Ain’t So! Check it out and leave a comment.

Thought For The Day – The only time I open my mouth is to change feet.