Yesterday was our last full day in Apache Junction, and it was a busy one, as many of our days have been lately, and as they will be for the next several weeks.

Terry’s sister Lisa dropped by during the morning for a last visit with us. We probably won’t see Lisa again until next year, so it was nice to have some time together. Lisa is a real sweetheart, and I always enjoy the time we spend with her. Terry and Lisa aren’t the kind of sisters who stay in daily, or even weekly contact, but whenever we’re in the area, we always get together with Lisa and her husband Jim for at least one dinner. They are good people.

My new Garmin 465T trucker GPS arrived a few days ago, so while we were visiting with Lisa, I got it out of the box and set it up, entering the length, height, and weight of our motorhome. The unit is designed to select routes best suited to our size vehicle, and has a lot of other features that big rig drivers will appreciate. I’m looking forward to seeing how it works out for us. 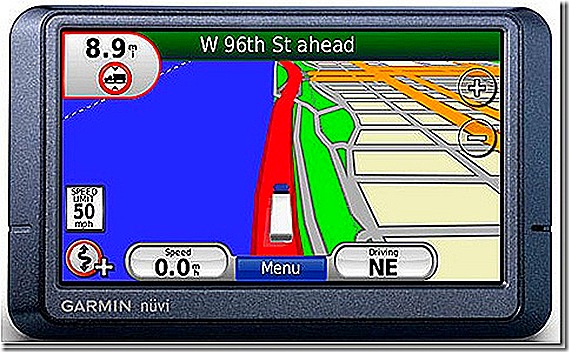 After Lisa left, we went to the UPS Store and shipped out boxes of newspapers to the Escapees Mail Service, FMCA Mail Service, and Alternative Resources. We have a lot of subscribers who use these and other mail forwarding services, and they allow us to send all of the envelopes in one big box, saving us a buck or two at the post office.

With that done, we drove to the post office and mailed off the papers to our First Class and Canadian subscribers. Terry got in line with the Canadian envelopes, while I tried to figure out where they wanted the bins of First Class envelopes, which were already metered and ready to go. You can read more about that adventure in today’s Bad Nick Blog. A gentleman who was ahead of Terry in line, and smelled like he had had a few  libations before he left home, offered to hold her envelopes for her, and she said no thanks. A few minutes later, when I joined her, I took the envelopes from her, and the guy said “Oh, you let him carry your stuff, but not me?”  I told him it wasn’t my fault that I was prettier than him. He laughed, then told us his entire life history in great detail. Did you ever notice just how slowly the lines move at the post office? 🙂

After being cooped up inside stuffing envelopes from early morning until late into the night, Terry wasn’t ready to go back home, so we spent an hour or so wandering around in a Half Price Books store. Terry found some good crochet books, and I picked up a book on Depression-era gangsters Bonnie and Clyde that I had not seen before. Even though I can, and do, read books on my iPad, we love bookstores; we love the heft and feel of books in our hands, and there are a lot of great books that are not available in digital format. A lot of the regional history books I buy for research are never going to be available digitally. Needless to say, we seldom pass a bookshop, if we have the time to stop.

Our next stop was at Terry’s parents, for one last visit and round of goodbyes. The hardest part of the fulltime RV lifestyle is saying goodbye. But we know that the road goes both ways, and we’ll be back again.

By then it was 6 p.m. and we we hungry. For years we have driven past a place called Sourdough Pizza, on Main Street in Mesa, but had never stopped in. We decided to try it, and now I’m kicking myself for waiting so long! It was delicious, and it’s very high on our list of places to go back to the next time we’re in the area.

Today is a traveling day for us. We are headed for Yuma, with a stop at the screen printer’s in Casa Grande along the way, to pick up the rally T-shirts. Then we’ll meet up with Greg and Jan White in Gila Bend, and caravan to the fairgrounds in Yuma with them. Greg and Jan are part of our advance team, and will be busy calling on businesses in the Yuma area, collecting door prizes, between now and the start of our Arizona Gypsy Gathering rally. We have a lot to get done in Yuma, and we’re eager to get over there and get started.

Yesterday’s trip to the post office gave Bad Nick blog fodder, so be sure to check out his latest effort, titled Post Office Woes, and leave a comment.

Thought For The Day – Motivation: That strong inner drive to push toward a reward that you’ve been fooled into believing exists.

5 Responses to “It’s A Traveling Day”