Yesterday was one of those days that had all kinds of ups and downs. It started out bad, got good, then got frustrating, then got even more frustrating, got good for a little while, got bad again, and still ended up good. Huh? Now what the heck is Nick talking about? Trust me, I can tie it all together. After all, I’m a wordsmith.

The day started out bad because we had to get up way too early again, and because it was as cold as my ex-wife’s attorney’s heart there in Pecos, Texas. Of all of the things I don’t like, getting up early and being cold are right there at the top of the list. Getting up early to crawl out of my nice warm bed on a cold morning is just adding insult to injury! (Okay, that’s the first bad.)

But it was worth it because we toured the West of the Pecos Museum, a place I’ve wanted to visit for years. Housed in the old Orient Hotel, originally built in 1896, the museum tells the story of the people and events of west Texas, with three floors of displays and artifacts. (That’s good, if you’re keeping score.) 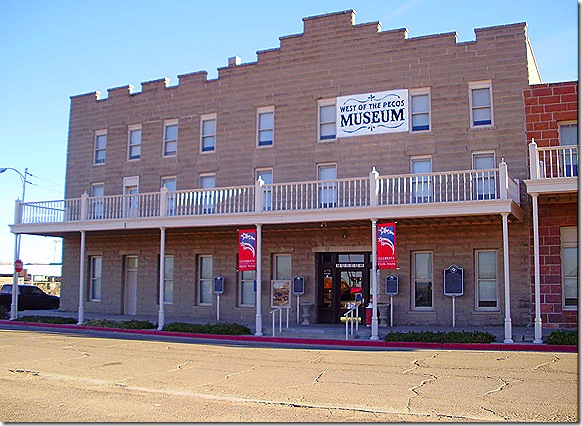 The first floor includes the hotel lobby and the old saloon, where notorious gunfighter Barney Riggs killed two men in a shootout in 1896. Brass plaques in the floor mark where his victims fell, and bullet holes can still be seen in the walls. 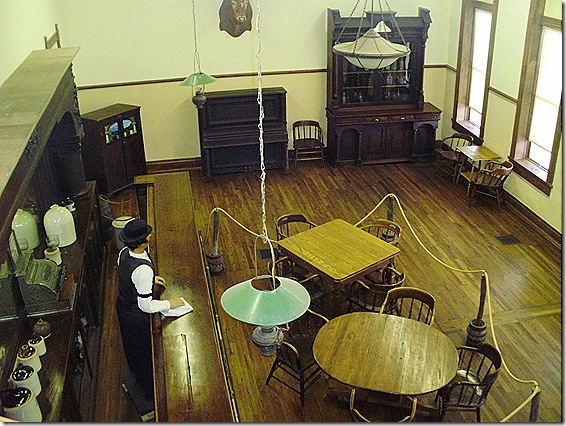 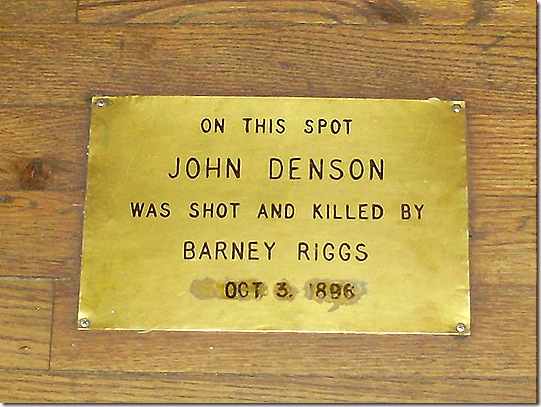 The two upper floors include rooms dedicated to area ranchers and cowboys, local doctors, military veterans, the Indians who once called this land home, and exhibits of early home appliances, tools, and small town life. 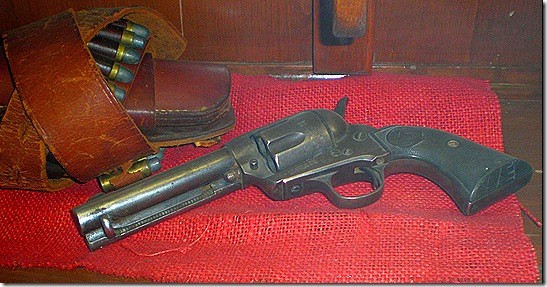 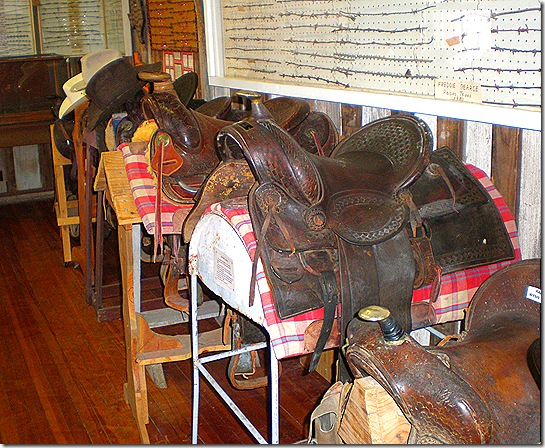 Another Old West gunfighter who spent time in Pecos was Clay Allison, who “never killed a man that did not need killing.” Allison’s grave is located on the museum grounds, near a re-creation of Judge Roy Bean’s Jersey Lilly saloon and courthouse. 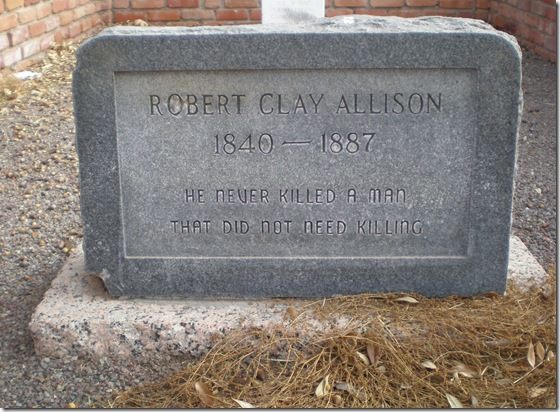 With our tour of the museum finished, we hit the road. Forty miles west of Pecos, Interstate 20 ends at Interstate 10, a roadway we have traveled many miles on, from Florida to California and back again. I knew we were back in the West when we started to see mountains on the horizon again. 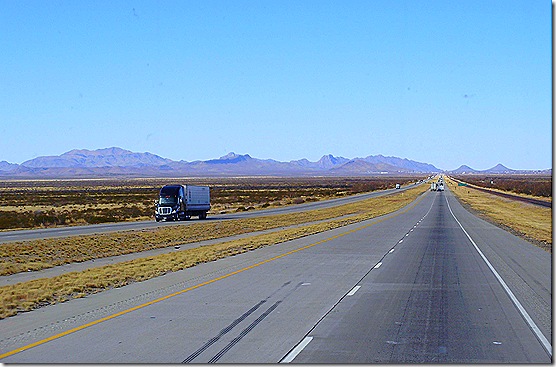 I always dread dealing with the heavy traffic in El Paso, and this trip was no exception. We made it through, dodging careless drivers and big trucks all the way, but it sure wasn’t any fun. We crossed into New Mexico, and I told Miss Terry that it felt like we had been in Texas forever. A few miles later, traffic on Interstate 10 came to a sudden halt, and there were cars and eighteen wheelers backed up as far down the highway as I could see. Truckers on the CB radio said a big rig had lost its rear axle, causing the backup, and advised anyone who could to get off on Interstate 25, and take it a few miles north to Route 70, then follow 70 back to I-10 past the accident scene. We could see the intersection they were talking about, it was about 500 feet behind us, which was about as close as the far side of the moon. So instead, we sat still for most of an hour and never moved an inch. (And there we have our first frustration.)

Eventually traffic began to move, and we finally got up to speed, making up for lost time. But that quickly ended just a few miles down the road, when traffic was stopped again as everybody funneled down into one lane for the Border Patrol checkpoint. Now, I’m all for keeping our borders safe and catching illegal aliens, but when we finally got up to the inspection station, the agents were not even looking at the cars, trucks, and RVs creeping past them. They were standing together talking and laughing, facing away from us and waving everybody past without a glance. Why in the heck do they close both lanes of an interstate highway to funnel traffic through the checkpoint, if they’re not going to actually check anybody? (See, frustration number two).

Once past the inspection station, we finally made good time, and our pal Mac McCoy called to say that he was waiting at the Escapees Dream Catcher RV Park in Deming for us, and was going to take us out to dinner. (And life was good again).

We arrived at the RV park, and pulled up behind a Class C motorhome in the check in line. I went inside to register, only to find that the reservoir for the hydraulic fluid for the small motorhome’s aftermarket leveling jacks had fallen off and was dragging on the road. The lady who owned the RV couldn’t move it until one of the workampers crawled underneath and jerry rigged the reservoir to get it up off the ground. Terry had unhooked the Explorer while I was in the office registering, and normally we would have backed out and pulled in the RV park’s other driveway, but another RV had pulled in behind us and we were blocked in. (Hey, it’s bad again!)

Actually, the wait wasn’t all that long,and while we were standing there, Duane Wegley introduced himself and his pretty wife, whose name I’m afraid I have forgotten. Duane is a blog reader, and a new subscriber to our digital edition of he Gypsy Journal. We chatted a few minutes, and then the Class C pulled away, we found our RV site right next to Mac’s, and as soon as we were parked and hooked up, we went out to dinner at a place called the Patio Cafe, which had excellent burgers. We had not seen Mac since our Eastern Gypsy Gathering rally at Elkhart Campground last summer, so it was great to have a chance to share a meal and a lot of laughs. (And there we have it, it all ended up good! Was I right, or was I right?)

Today we have a short run of just over 200 miles to Tucson, where we’ll pop in for a visit with my cousin Beverly. It should be an easy day.

Thought For The Day – I didn’t say it was your fault, I said I was blaming you.

7 Responses to “Ups And Downs”