We left Eagle’s Landing in Holt, Florida about 10 a.m. yesterday and drove 20 miles west on U.S. Highway 90 to Milton, where we met Larry and Melissa Beahm, and their friends Art and Barbara Johnson, for brunch. If you were at our Eastern Gypsy Gathering in Elkhart last summer, you will remember Larry and Melissa as One More Time, the entertainers who were such a hit with their evening concert. Art and Barbara are the people who originally got Larry and Melissa into RVing, and we all joked about whether they did them a favor or not.

We had a nice meal, and enjoyed getting to know Art and Barbara, and after we were done eating, the waitress took a photo of our group. That’s Art on the left, then Miss Terry, me, Melissa, Larry, and Barbara. For some reason, back when we first met, I called Melissa Michelle, and that has stuck in my brain, and I still call her by the wrong name as often as not. She is always gracious about it, but I have decided that from now on, Melissa will be known as The Divine Miss M. It will just make life easier. Larry and Melissa have a scheduling conflict for our Eastern rally this year in Celina, Ohio the end of September, but we’re looking forward to having them perform for us at another rally somewhere down the road. 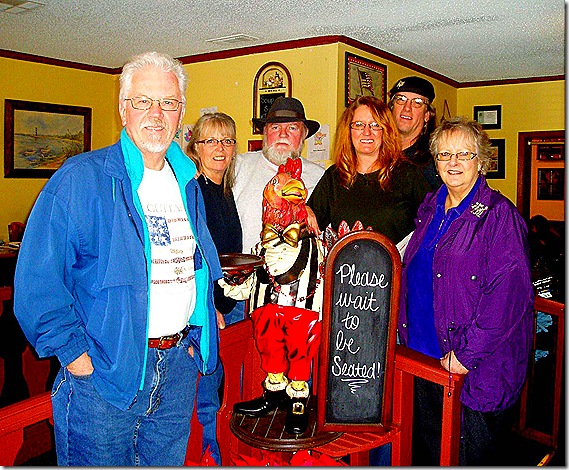 I do that weird name thing with people all the time, and I don’t know why. When I first met Terry’s dad, Pete Weber, I called him Jim, and I have never been able to shake it. All these years later, I still do it every once in a while. Pete spent he first few years I was married to his daughter correcting me, but then he finally gave up, and just answers to Jim now. The situation got even more confusing when Terry’s sister Lisa married a man named Jim. But to make life easier, I call him Pete! 🙂

After we parted company with our friends, we got onto Interstate 10 and drove into Alabama, where we stopped for fuel, then got back on the road and crossed the state, and on into Mississippi. There are a lot of wetlands along this stretch of the highway, marshes, rivers,and small bays, and the highway is a causeway in some areas. We saw several places where we’d like to come back and do some kayaking some day.

We pulled into Magic River Campground in Long Beach, Mississippi in mid-afternoon, with 166 miles on the odometer for the day. That’s a relaxing day of RV traveling!

Magic River is the home park of Passport America discount camping club, and it’s a favorite place for us.The campground is small and rustic, but we have a nice level back-in 50 amp full hookup site, with a good view of the sky for our rooftop satellite TV dish. 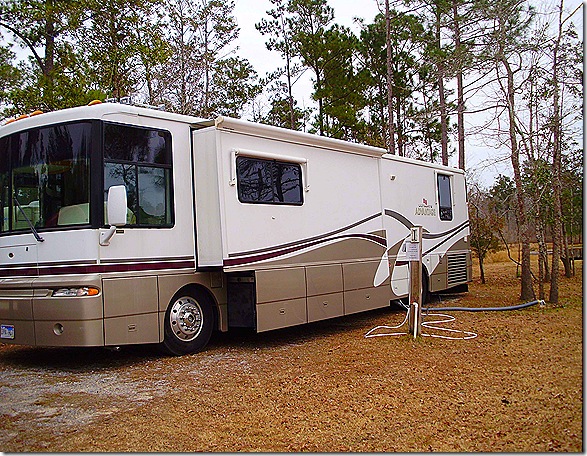 Magic River has two small ponds, and every time we’ve come through here, I have thought about getting my fishing rod out. I don’t know if there are any fish in there, but it would be fun to find out. 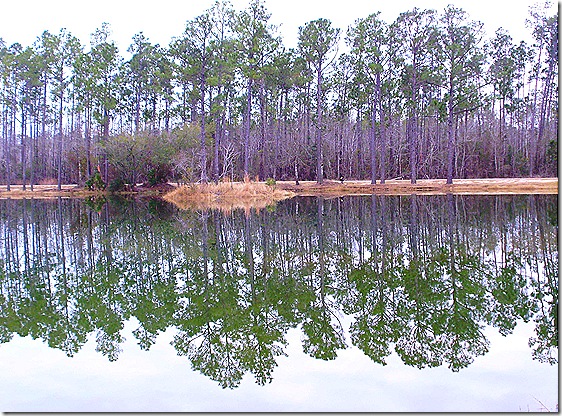 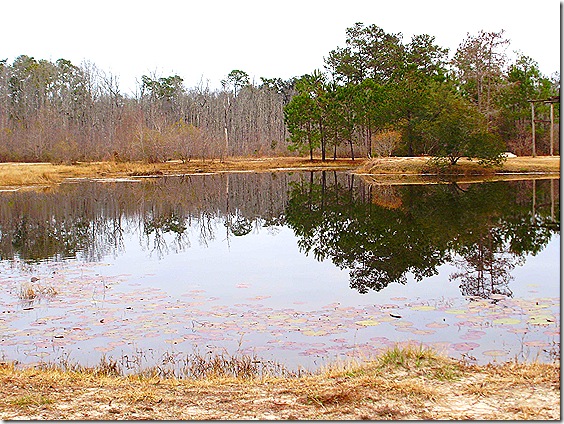 As we were getting settled into our RV site, Miss Terry spotted this large hawk sitting in a tree nearby, and managed to get a picture. She loves hawks, and wherever we are traveling, she is always seeing them on fence posts, trees, and telephone poles. 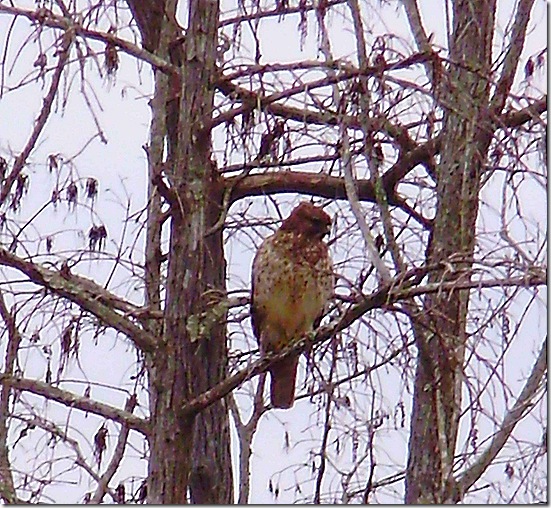 Once we were parked and settled in, we checked e-mail, and I worked my way through a backlog that had piled up during the day. A lot of them were from folks wishing us a happy anniversary, and while we just didn’t have time to answer everybody personally, please know how much we appreciate you thinking of us.

A little later on, we drove into Biloxi and had dinner, then came back to the motorhome in time to watch a little bit of TV, write this blog post, and get ready for bed.

We’ll be here a day or two visiting with the folks at Passport America, touching base with some people in the area, and then we’ll continue heading west toward Arizona, with a stop in Livingston, Texas along the way. It feels good to be back on the road again!

Thought For The Day – The number of people watching you is directly proportional to the stupidity of your action.

6 Responses to “The Breakfast Club”