When we were visiting with Terry’s cousin Carolyn and her husband Mel in Long Beach, Mississippi, the other day, Mel was teasing me about how I once told them that 250 to 300 miles was a good day of RVing, but we often drive 400 miles or more a day. I told Mel he was supposed to do as I say, not as I do. While we enjoy our short driving days, there are times when we cover a lot of miles to get where we need to be.

Yesterday was one of those days. It was a traveling day for us. Not an exploring day, not a meandering day, just a traveling day. A day for putting on miles, for getting from Point A to Point B. We left Magic River Campground in Long Beach, Mississippi about 9:30 a.m., got on Interstate 10 and pointed the nose of our motorhome west, and when we shut it down in Livingston,Texas about 5 p.m., we had put 400 miles behind us.

The weather was good, the Winnebago ran fine, and except for some traffic and a couple of bridges I could have done without, it was an easy driving day. We crossed into Louisiana and got onto Interstate 12 to bypass the New Orleans area. Traffic was heavy through the construction zones coming into the city, and we threaded our way through a series of exits and on ramps. 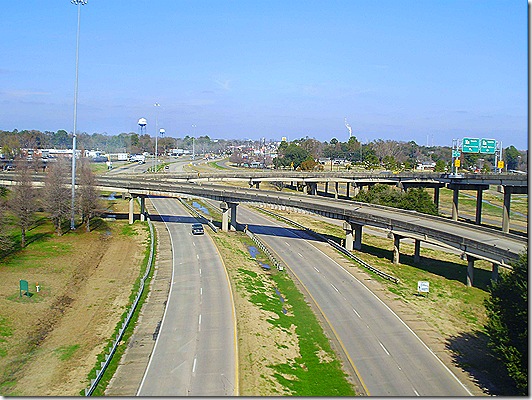 We moved along quickly and rejoined Interstate 10 to cross the Mississippi River on the Horace Wilkinson Bridge. Though the bridge is rather imposing, it has three lanes in each direction, and I stayed in the center lane and didn’t hardly snivel at all as we climbed to the top and then back down again. 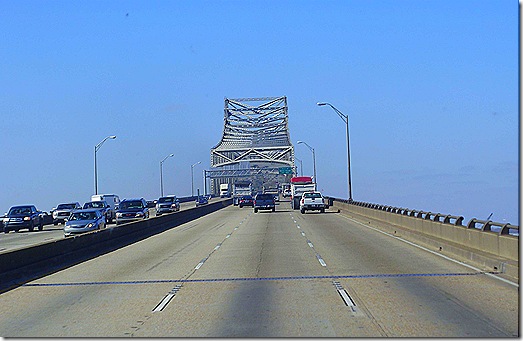 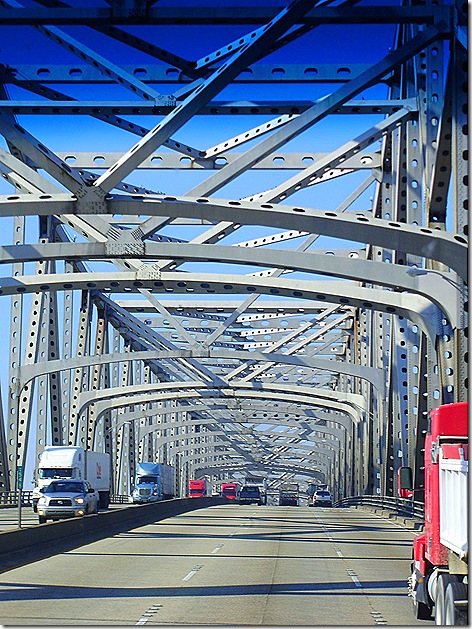 Miss Terry managed to get a picture of this sternwheeler as we crossed the Mississippi. 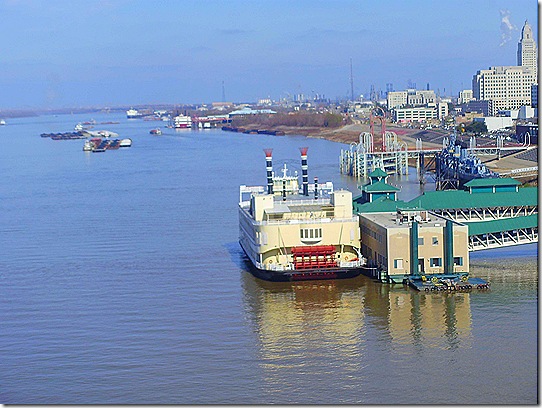 Before we knew it, we were out of the metropolitan area and rolling across Louisiana. This is Cajun country, and we saw signs advertising airboat rides, swamp tours, alligator shows, and restaurants featuring crawfish.

Then we crossed the 18 mile long Atchafalaya Swamp Freeway, a long, narrow causeway with a truck speed limit of 55 miles per hour, a lot of traffic, and not much to see except trees, water, and the back of the rig in front of you. There are no shoulders, so if you break down along here, you’re going to block a lane of roadway and cause a massive traffic jam. Fortunately for us, we had no problems, and eventually reached the other side. 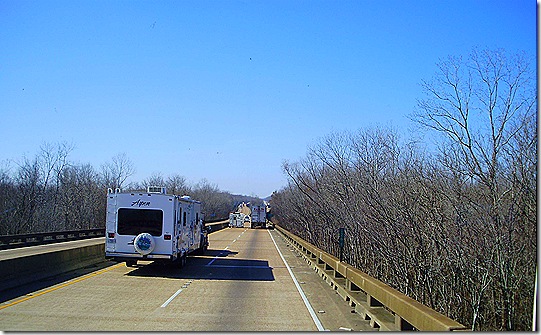 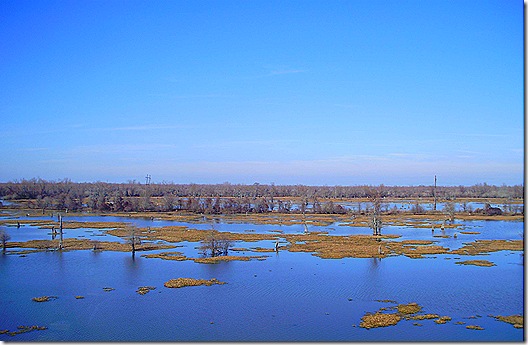 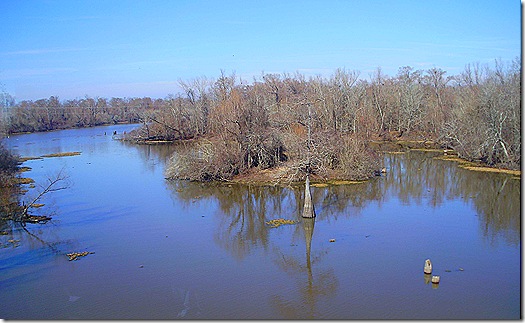 The second high bridge of the day was the bridge over the Calcasieu River at Lake Charles. Now, this is one bridge I don’t like at all! It’s two lanes each way, and while it’s not very long, it is really steep! I was glad to put that one behind us! 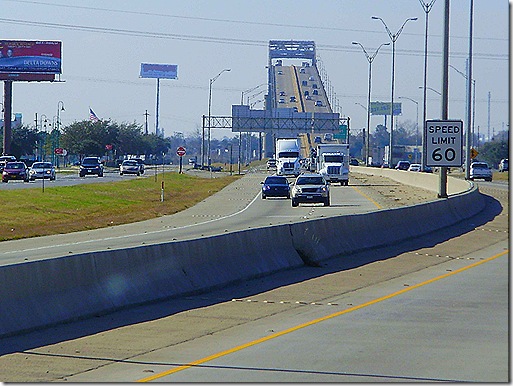 We crossed into Texas, stopped for fuel at the Flying J in Orange, then continued on toward Beaumont. We left the interstate and took US Highway 287 north past the Big Thicket National Preserve. Our Garmin GPS kept trying to steer us onto a series of narrow County Roads, but we just ignored it until we reached US Highway 190. I’m thinking very strongly about replacing our present GPS with one of the Garmin Trucker models, which are programmed to keep you on routes capable of big rigs. I’d have given my eye teeth for one when we were having mechanical problems in Florida last week, since they also have a database of truck repair shops built in.

We arrived at the Escapees Rainbow’s End RV park in Livingston, found Dennis Hill’s lot, and backed in and got plugged into one of his 50 amp electric outlets. Dennis and Carol own the RV Driving School, and even though they are out in Arizona doing the Quartzsite thing, Dennis invited us to use their lot while we’re here. Thanks Dennis and Carol, we appreciate your hospitality!

We’ll only be here a few days, taking care of some business and seeing some friends in the area, and then we’ll be back in traveling mode as we make our way to Arizona.

Thought For The Day – I have discovered that I scream the same way whether I’m about to be devoured by a great white shark, or if a piece of seaweed touches my foot.