Nick's Blog » Another One Bites The Dust

Well, another year bites the dust. 2010 is history, and we’ve got a brand new year in front of us. As I wrote in a New Year’s blog post a couple of years ago, we’re all starting the year with a clean slate, so forget those niggling little problems you’ve been dwelling on, get rid of that old baggage you’ve been carrying around, and concentrate on the good things in your life. Yeah, most of us aren’t kids anymore. Heck, a lot of our kids aren’t kids anymore! But most of us are in relatively good health, we are all living a wonderful lifestyle in the greatest country in the history of the world, and every day is an adventure. All in all, I think we’ve got it pretty good!

2010 was an interesting year for us. Now that we have a newer, more powerful diesel pusher motorhome, we can go places we never would have dared in our old MCI bus conversion. However, we actually drove fewer miles in 2010 than we have any year on the road! Go figure.

In the past, when we were teaching at Life on Wheels, or running around chasing the RV rally circuit, it wasn’t unusual for us to put on 25,000 miles or more per year. In 2010, we only traveled 9,730 miles. But looking back, it sure seems like more! 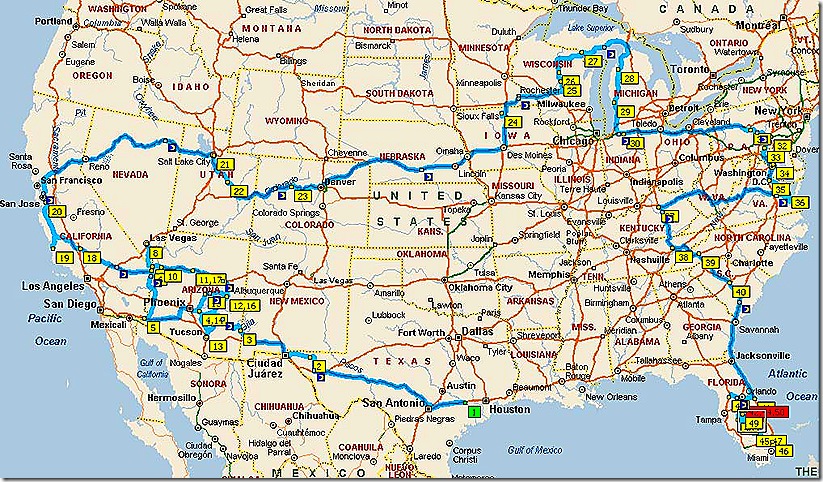 We started 2010 at the Colorado River Thousand Trails preserve near Columbus, Texas. From there we drove to Apache Junction, Arizona, where we spent several weeks visiting Terry’s parents, then we continued on to Yuma for our Arizona Gypsy Gathering rally in early March.

After the rally we caravanned to Laughlin, Nevada with our dear friends Greg and Jan White, and then on to the Las Vegas Thousand Trails for two weeks. I’d like to tell you about all the fun we had there, but you know what they say, what happens in Vegas, stays in Vegas!

From there we drove to Kingman, Arizona for a couple of days; on to Williams, Arizona, where we rode the Grand Canyon Railway; and then to our old hometown of Show Low, Arizona. On the way to Show Low, we were caught in a terrible dust storm on Interstate 40 that we were sure took all the paint off the side of our motorhome and dinghy. 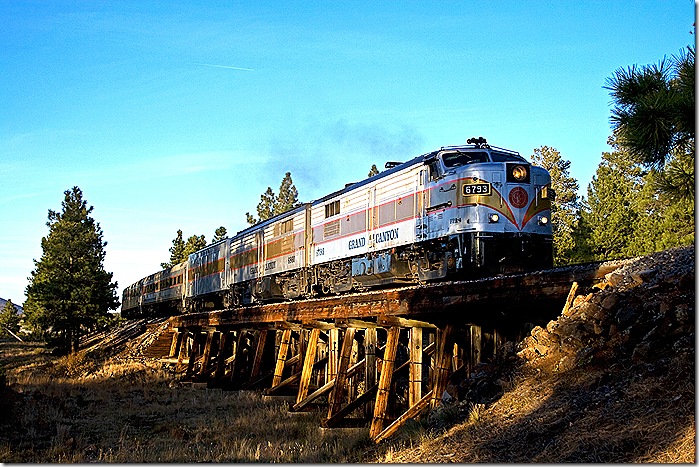 After several weeks in Show Low, we made a quick trip down to Tucson for a week, stopped for a couple of nights in Apache Junction, and then returned to Show Low for a couple more weeks of spoiling grandkids.

When we left Show Low, we returned to Williams, Arizona for a few days, then drove to Oceano, California, where we spent a week exploring the Central Coast. One highlight for us was going to Morro Bay, where we honeymooned, and driving north to watch the elephant seals that come onto the coast each year. 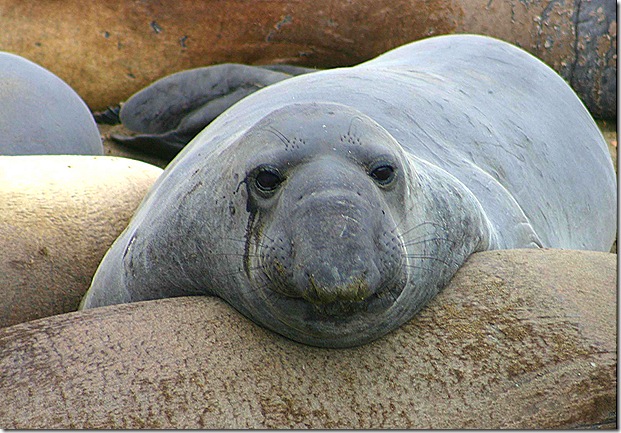 From Oceano, we went to the Thousand Trails in Morgan Hill, California, and quickly discovered that we didn’t like that area at all, so we cut our trip short and went to Salt Lake City, Utah, where I spent several days doing genealogical research at the LDS church Family History Center.

Our next stop was Colorado, where we attended the wedding of Terry’s son Casey and his pretty lady Leslie. What a happy pair of newlyweds they were! 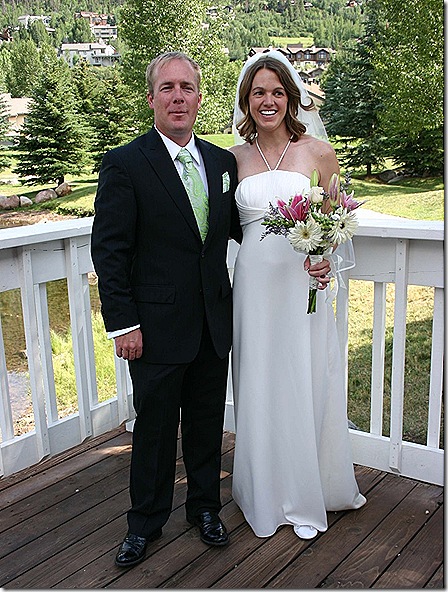 After the wedding, we made a quick trip to Forest City, Iowa to get some work done at the Winnebago factory, and then we drove up through Wisconsin, across Michigan’s wild and beautiful Upper Peninsula, over the Mackinac Bridge, and on to Traverse City for Miss Terry’s annual oncologist checkup and some time with my cousin Terry Cook and his family. 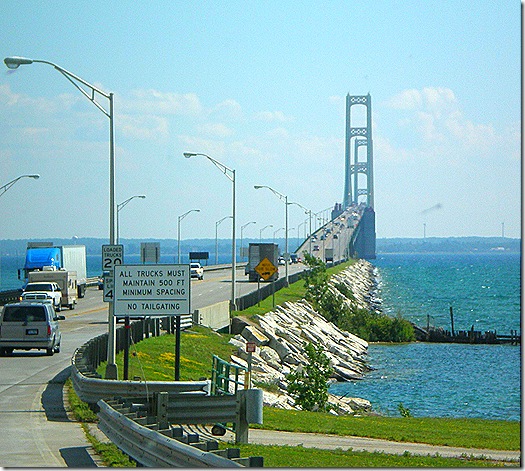 From Traverse City, we went down to Muskegon, Michigan to visit another favorite cousin, Berni Frees, and her husband Rocky, for a few days before we went to Elkhart, Indiana for our Eastern Gypsy Gathering rally the end of August. What a blast that was, complete with our Hoosier Honey contest! I’m not sure they’ll let any of us back into Elkhart Campground again! 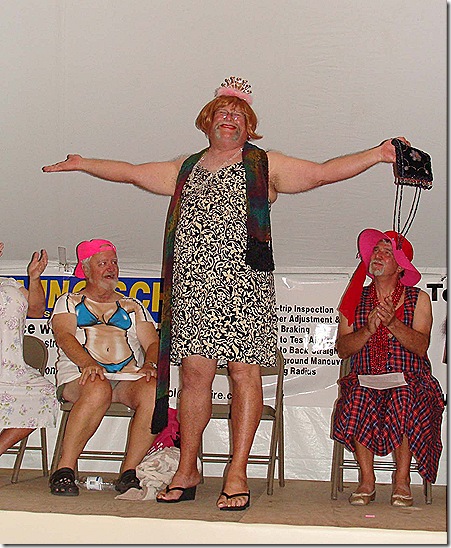 We made the mistake of going to Hershey, Pennsylvania for the “big” Hershey RV Show when we left Elkhart. We love the area around Lancaster County, but the show was a total bust. We’ll never do that again!

From Hershey, we went to Gettysburg for a couple of days, and then to Cherry Hill in College Park, Maryland, our base while we explored Washington, DC for a week. We love playing tourist in DC, but it is was too fast paced for us, and a week was enough!

We needed some downtime, so our next stop was the Chesapeake Bay Thousand Trails preserve for two weeks. This was our first trip to that area of Virginia, but it sure won’t be our last! We loved all the history to be found on the back roads throughout the region.

It was time for my annual checkup at the VA hospital in Lexington, Kentucky, so we made a quick in and out trip for three nights, and then we went down to the Escapees Raccoon Valley campground near Heiskell, Tennessee, another of our favorite places.

The fall colors were glorious when we left Tennessee and drove through the Smoky Mountains and down to Titusville, Florida, where we spent a week at The Great Outdoors, an upscale RV resort if we’ve ever seen one. We love the Titusville area, and could happily settle down there if we had to get off the road someday.

Whew, we may not have traveled as much as we did in the past, but it’s sure been a busy year! Now I’m excited to see what adventures 2011 holds for us. Terry and I wish all of you a happy, healthy, and prosperous New Year, filled with much love, adventure, and joy.

Thought For The Day – Lead me not into temptation. I can find it all by myself.

15 Responses to “Another One Bites The Dust”