For years people have been telling us about this guy named Solomon, and about the castle he built for himself, way out in the citrus groves of central Florida. It was one of those places I figured we’d get to “someday” when we had nothing better to do. Well, someday came, and I’m sure glad it did!

Solomon’s Castle is the home, studio, and brainchild of artist/sculptor Howard Solomon. Howard built the place by hand, using scrounged building materials and junk to create an eclectic attraction that is well worth the time it takes to get there. 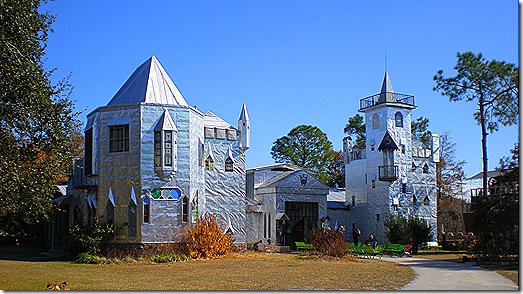 The outside of the castle is silver, and closer inspection reveals that Howard covered the exterior with used newspaper printing plates.  There is an amazing amount of detail that is easy to miss at first glance, such as the stained glass windows in the towers. 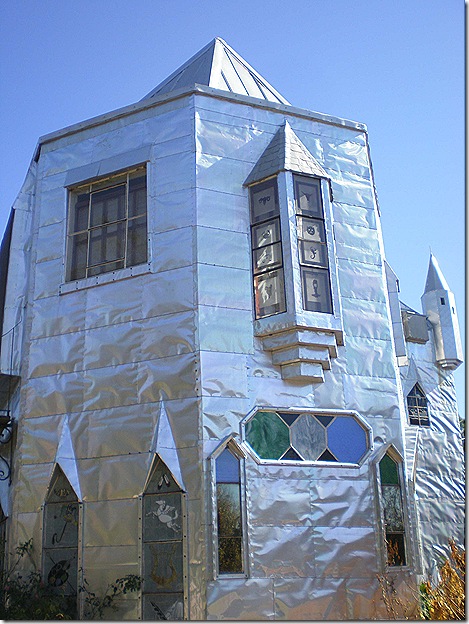 And what’s a castle without knights to protect the gates?

We took a tour of Solomon’s Castle, and our guide was a fun lady who pointed out little things that display the artist’s quirky sense of humor. What the rest of us see as junk is raw material just waiting to be transformed into the visions floating around in Howard’s head.  Howard uses everything from old car parts and cast off appliances, to beer cans and scrap lumber in the creative process. 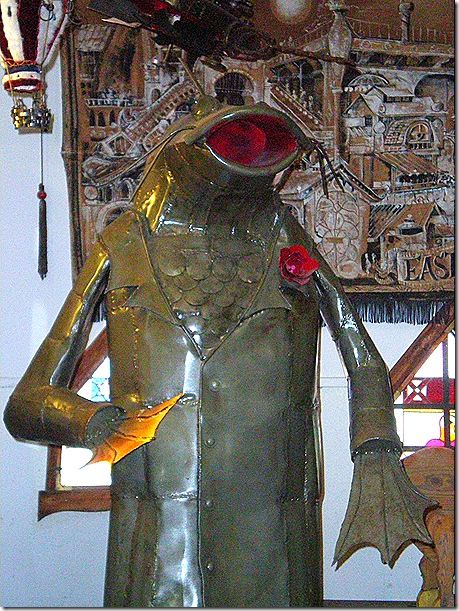 Here are his Piston People, made out of old car pistons. Below them is a toy Ford tractor made out of a discarded gas can and a frying pan. 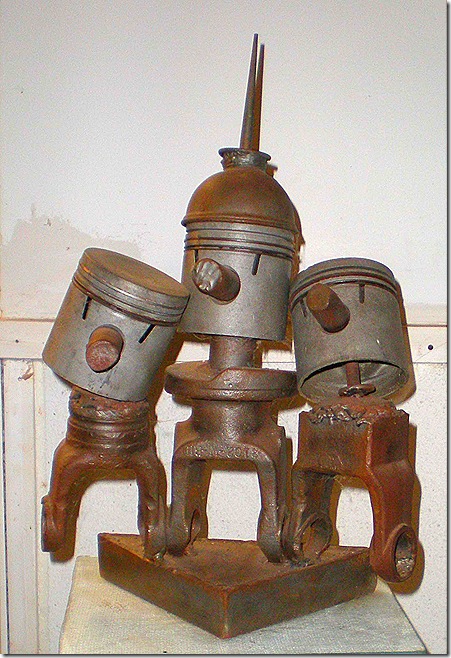 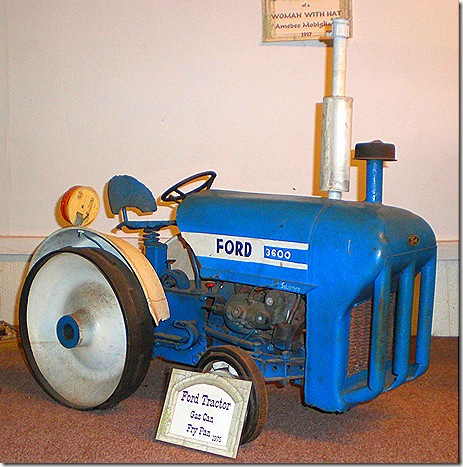 This painting is actually a mosaic made from bits of wood. Below that, old pipes, metal rods, and tin cans were transformed into this band of musicians. 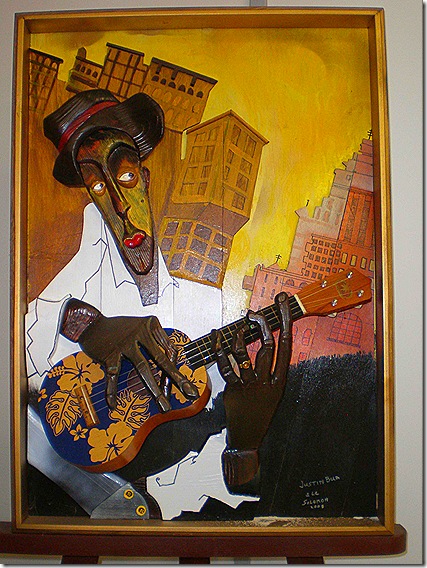 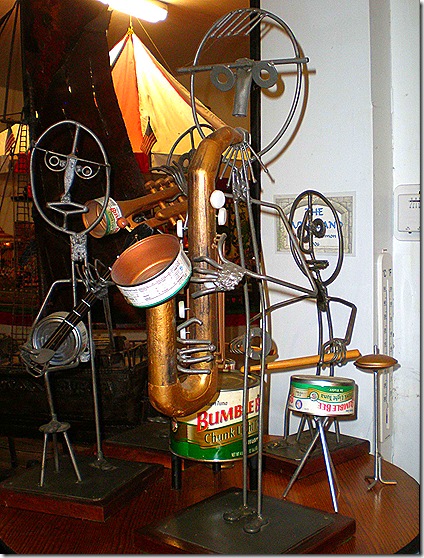 Evil Kornevil is a motorcycle made out of an old corn picker. What a gift to see so much beauty in everyday junk! 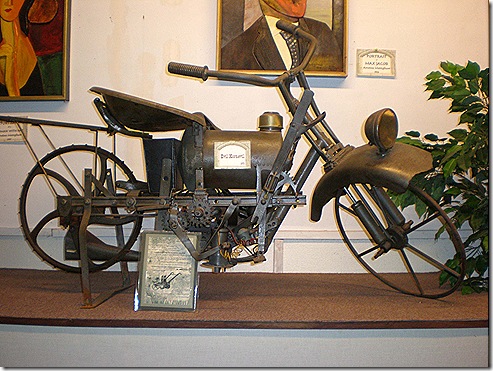 I’ve seen a lot of guns in my time, but nothing like these contraptions! 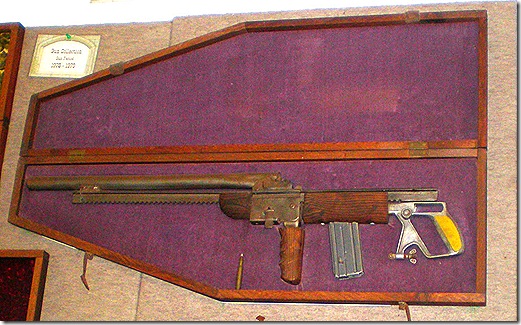 How would you like to meet up with this scary fellow in a dark alley? 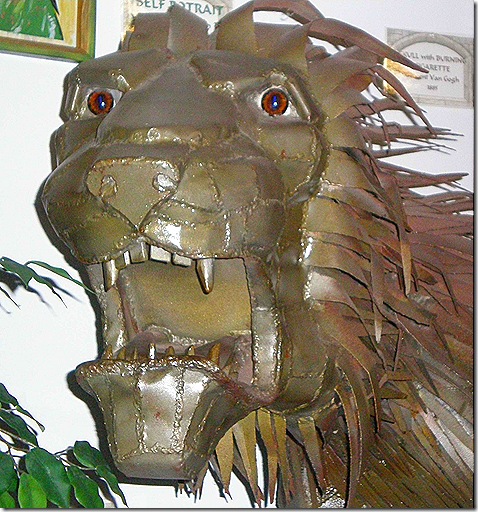 Hmmm… Howard didn’t impress me as a Democrat! 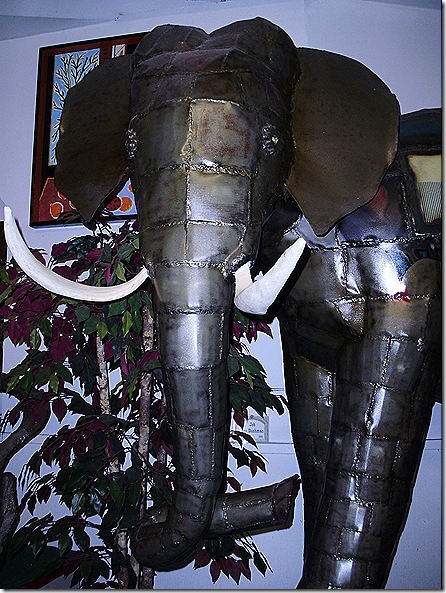 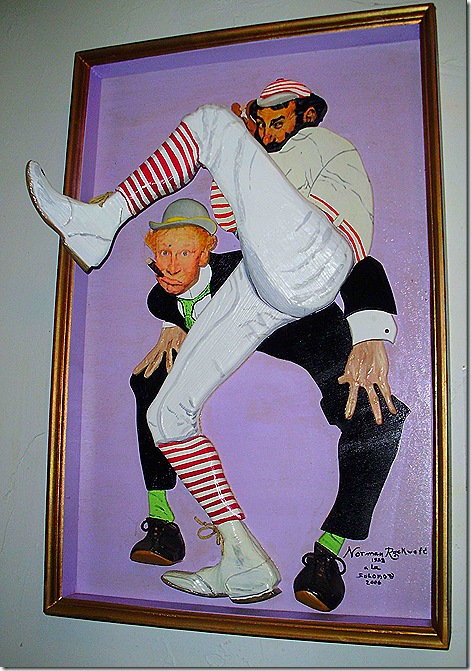 The tour includes Howard and his wife Peggy’s living quarters on the second floor of the castle, where a self-portrait of the artist hangs on the wall. 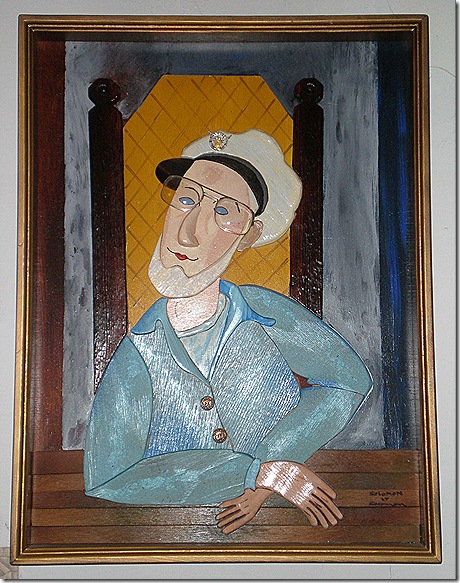 These beautiful stained glass windows were in a small six sided room Howard built especially to accommodate a chandelier a friend gave him as a gift. 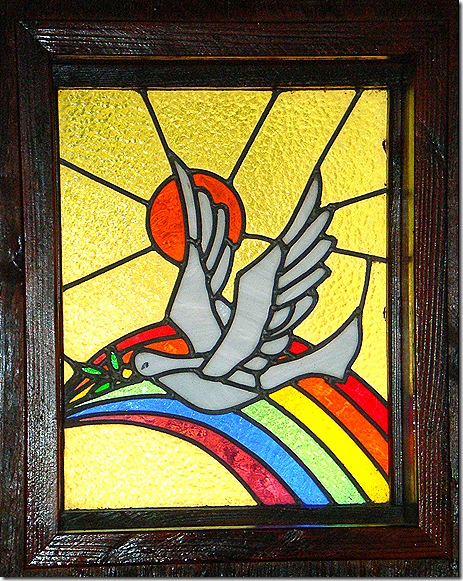 Besides the castle, Howard also built the Boat in a Moat, a replica of a Spanish galleon, which is a restaurant, with an adjacent gift shop for those who work up an appetite playing tourist. 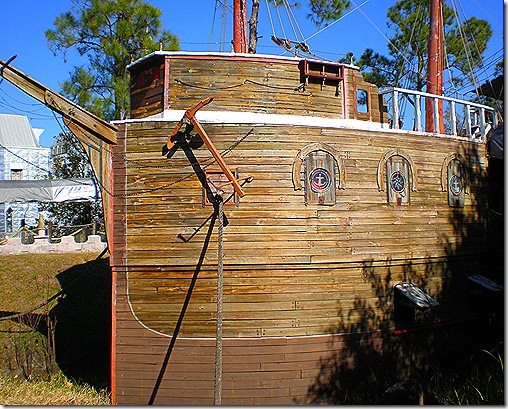 He even has his very own reproduction of the Alamo, in case you can’t get to Texas to see the original one. 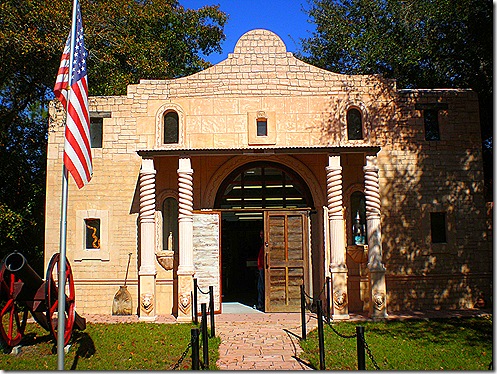 After the tour, we were honored to meet Howard, and he gave Terry and I a private tour of his workshop. Miss Terry loves tools, and Howard sure had a bunch of them! 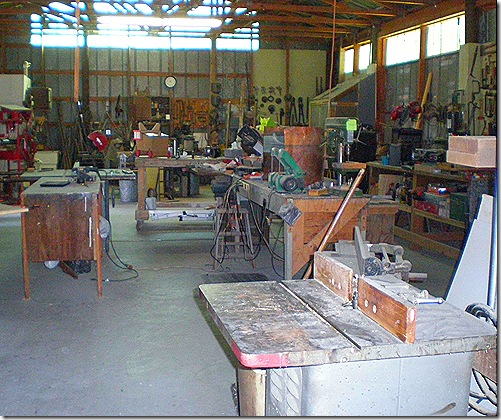 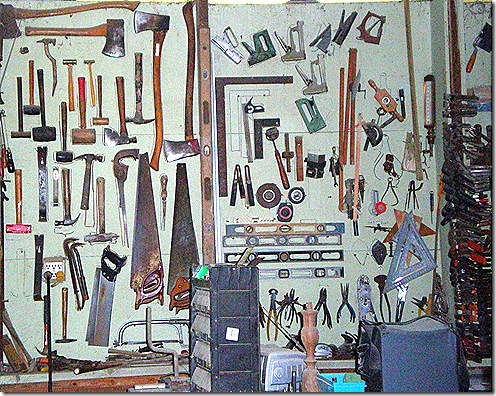 We got to see some of Howard’s unfinished projects in the workshop. 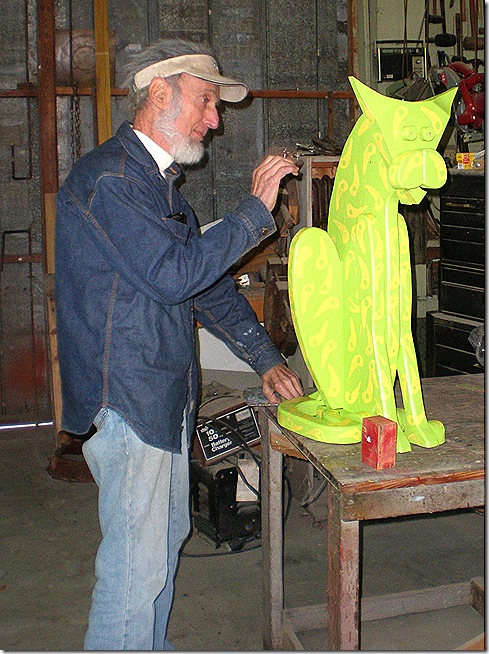 I can’t remember ever meeting anybody with a combination of so much talent, such a great sense of humor, and such a down to earth friendly personality. Howard is a gentle soul who makes you feel like a friend the first time you meet him. 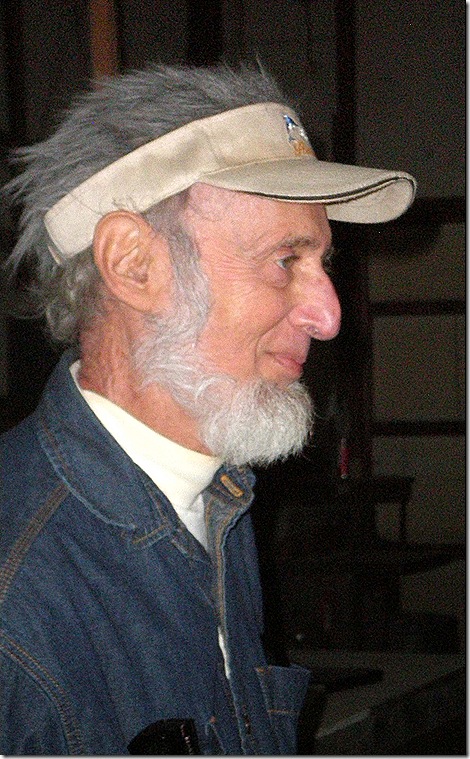 He has a quick comeback for every question, such as when somebody asked him where he gets his inspiration, and he replied “Drugs and alcohol.”

If you haven’t made a trip to Solomon’s Castle yet, you owe it to yourself to put it in your travel itinerary. I guarantee you’ll get a few chuckles out of the experience, and if you’re like me, you’ll also be amazed at what a person can create when they let their imagination run wild.

Solomon’s Castle is located east of Bradenton, Florida, off State Route 64. For more information on the castle, hours of operation, and directions, visit the Solomon’s Castle website.

Terry and I want to wish each and every one of you a very Merry Christmas, and all the best in the coming New Year. Living in a motorhome,  we don’t have a Christmas tree, and if we did, there wouldn’t be any presents to put under it, because we have all we need. We have each other, we have a family that we love, and we have friends like all of you. What more could anyone ever want or need? Each of you is a bright and shining star on the Christmas tree of our souls.

Thought For The Day –  Christmas is not a time nor a season, but a state of mind. To cherish peace and goodwill, to be plenteous in mercy, is to have the real spirit of Christmas.