Terry and I have been busy the last couple of days with some projects around the motorhome that we really wanted to get out of the way while we’re sitting still for a while.

One project was building a couple of kayak caddies to make moving our hard shell kayaks from the Explorer to the water’s edge easier. We got the idea from our friends Denny and Cindy Henderson, when we watched how easy it was for them to move their kayaks around. 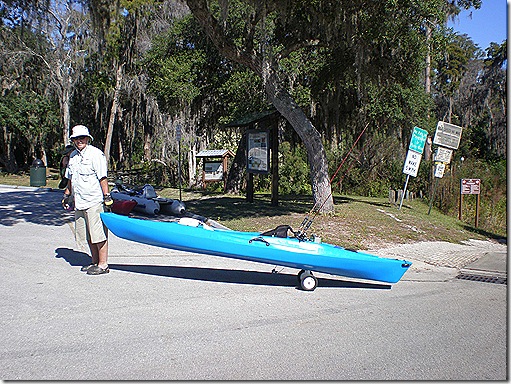 We made the racks out of PVC, two threaded rods for axles, and some tires we bought at Harbor Freight. Putting them together was easy, and the entire project took about two hours over two days. We could have finished it in one step, except it was late in the day when we started on Thursday, and we had to run to Lowes for some nuts. 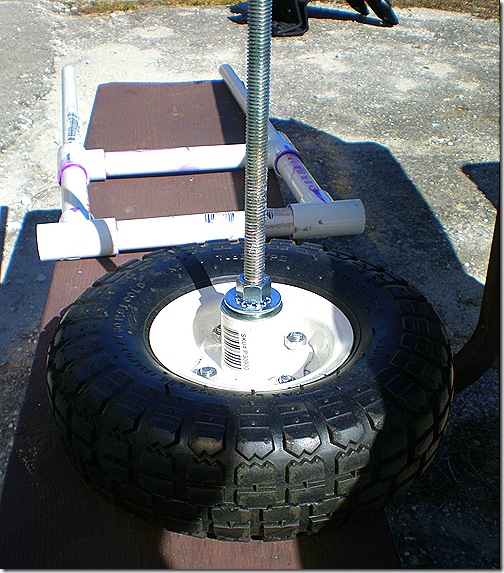 Here I am using a power tool! Everybody stand back! We have a couple of electric drills, a power saw, a miter saw, and some other neat goodies left over from our bus conversion days, but my Dremel tool is the only power tool Miss Terry lets me near. And there’s a very good reason for that! I’m the world’s biggest klutz. 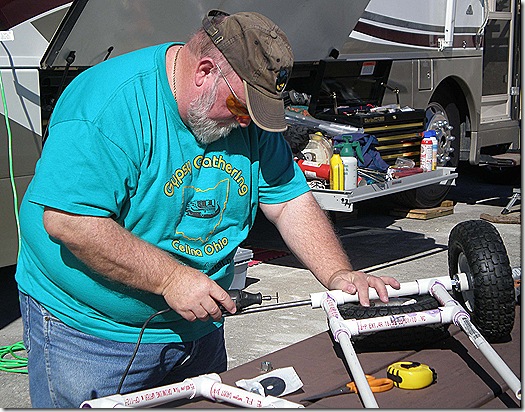 Here are the caddies, all finished and ready to use. The upright sections go through the scupper holes in our Manta Ray kayaks, and make it easy to to move them around. Believe me, after a few hours of paddling, lugging a 65 pound kayak back to the truck is a lot of work! You can buy a kayak caddy for anywhere from $60 to $150, but these two cost us about $45 to build. 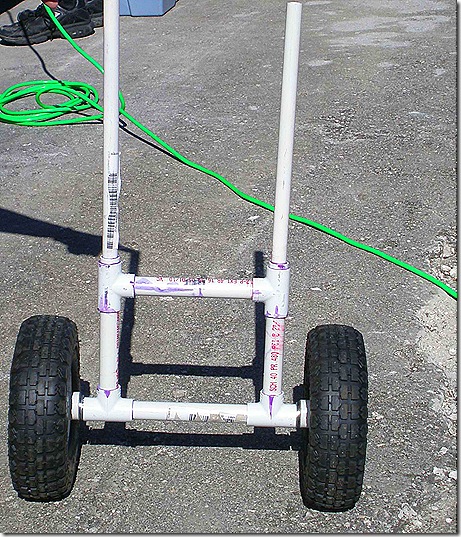 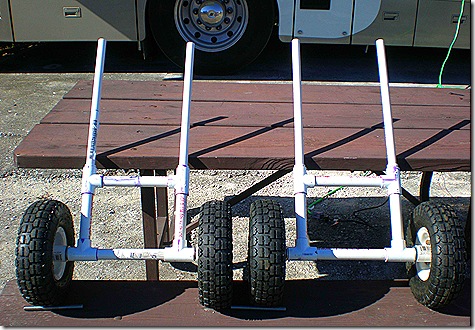 Of course, if it were up to me, we’d sell those heavy things and get Miss Terry a Sea Eagle inflatable kayak too. Don’t be too surprised if she comes around once she test paddles the model Tim from Inflatable Boats 4 Less has picked out for her!

While we were dragging tools out of the storage bays under our motorhome, we decided it would be a good time to get rid of some stuff we’ve been carrying around for way too long. We were ruthless, and by the time we were finished we had made a big dent in our load, and made a lot of free space in our bays.

I put some stuff on eBay, mostly books on converting a bus, and there is a “yard sale” tomorrow morning here in the campground. Maybe I can sell some things there. If not, I’ll be listing more on eBay.

Speaking of selling things, the auxiliary brake I mentioned a couple of days ago has been sold and is on its way to the buyer in Oregon.

Somebody asked me how much the base plate connections show on the Explorer, and if it sticks out very far. Not far at all. Here are a couple of pictures of the front end of the Explorer. The guys at Camping Connection did an excellent job on the installation, and I would recommend them to anybody. 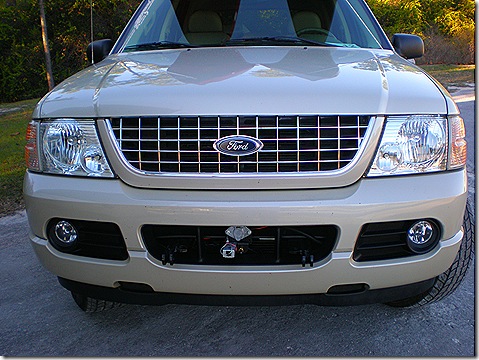 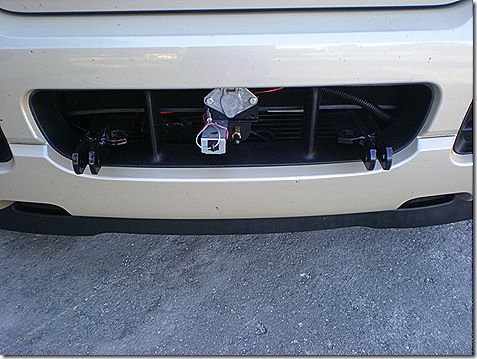 Hopefully, today at the yard sale I can unload some of the things I want to see go away, including a battery charger, a brand new electric buffer, two Malone rooftop kayak racks, and some other stuff. I’d much rather sell them, and carry around some nice folding money, than to have to spend time listing them on eBay.

Thought For The Day – It takes a long time to grow an old friend.