Miss Terry was still feeling pretty yucky yesterday, so we stayed home and didn’t do a whole lot of anything. I wrote a couple of articles for the next issue of the Gypsy Journal, answered a few e-mails, and called a subscriber who also wants to tow a Ford Explorer behind his motorhome, and was having the same problem locating a neutral tow switch. Since his part number is the same as the one for our Explorer, I think he can do the same bypass with an LED light, and make it work.

Sunday, after we got to Bushnell, I noticed that one of the kayak rack mounts we had attached to the roof rack of the Explorer had shifted. So yesterday I tightened all four of them up as much as possible. These racks are not going to be a permanent solution, and we’d like to replace them with Thule Hullavator kayak racks. The Thule racks are pretty spendy, but they will make the job of loading the kayaks much easier.

The folks who live next to the Escapees campground have several donkeys, and the RVers who stay here like to feed them carrots and apples. Anytime someone walks up to the fence, the critters come running up looking for goodies. 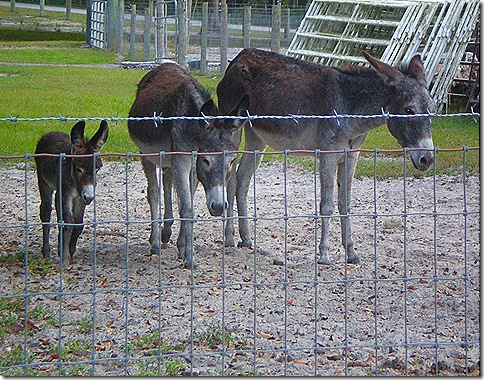 They are friendly animals that seem to love attention. We spent quite a bit of time petting them. 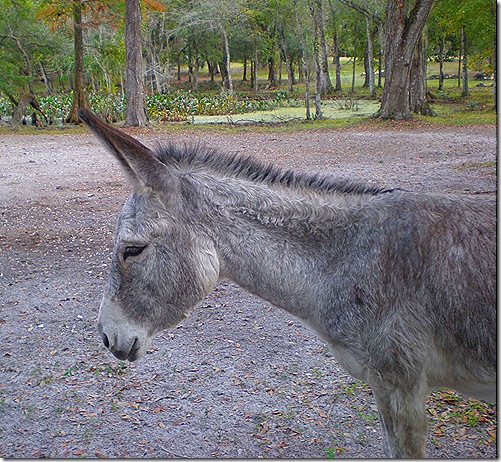 This little guy was a bit shy, and mama kept him from getting up close to the fence. 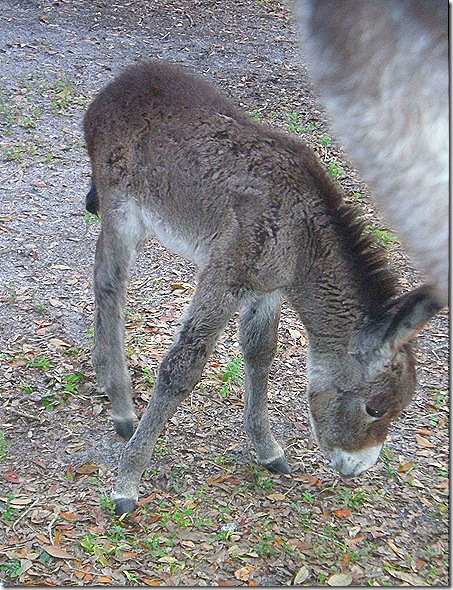 We also saw this turtle crawling along, and took its picture. The donkeys were curious about this strange animal, but they all seemed to coexist pretty well. 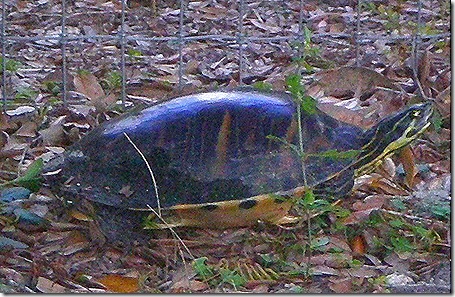 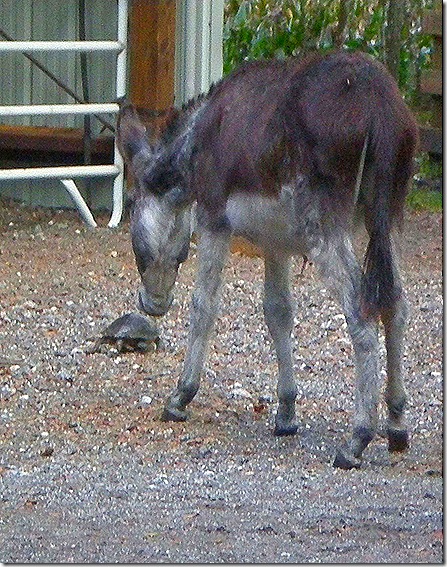 A while back this feral hog wandered onto the property and has settled in with the donkeys. Feral hogs are a growing problem throughout the south, and all the way to south Texas. 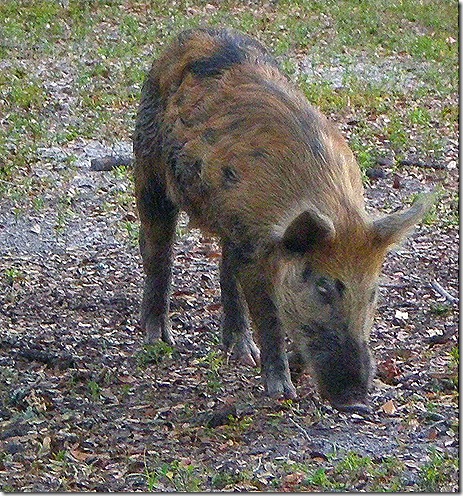 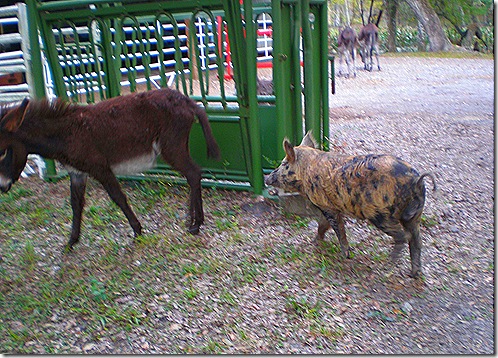 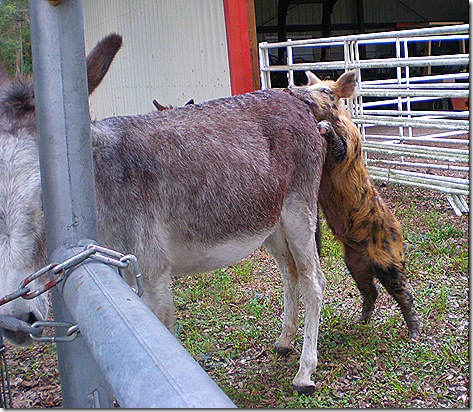 At 4 p.m. I went over to Social Hour at the activity center, and said hello to some folks. Terry still wasn’t feeling well, so she stayed home and worked on proofing a new book I want to get in print soon. As I was walking to the activity center, I spotted a converted Prevost bus that looked familiar, so I knocked on the door. Sure enough, it was Ron Walker, a fellow we knew from our bus nut days that we have not seen in several years. That’s one of the neat things about the fulltime RV lifestyle – we never know when or where we are going to run into somebody we met someplace else at another time in our travels!

If Terry is feeling any better today, we may go shopping for different kayak racks. Or, we may just stay put so she can rest up some more. I’ll know what we decided by this time tomorrow.

Bad Nick took advantage of the day to post a new Bad Nick Blog titled How About Some Common Sense? Check it out and leave a comment.

Thought For The Day – You cannot be lonely if you like the person you are alone with.