Nick's Blog » Packed Up And Ready To Roll

Yesterday we packed up the Explorer with bundles of the Gypsy Journal and loaded our hard shell kayaks on top, loaded our bicycles onto a rack on the back of our Winnebago, and we’re ready to roll!

Several people wanted to know if, and how, we were going to be able to carry everything that we did in the van in the much smaller Explorer. We’re not. For the last couple of days, we have been ruthless about sorting and getting rid of things we don’t need or want to haul around any more.

The first order of business was to load the papers into the Explorer. We bought some rubber mat runner material at Lowes to lay down in the back, to protect the carpeting. Here is the SUV with the back seats laid down and loaded with papers. And yes, we are well within our carrying capacity, even though it doesn’t look like it. 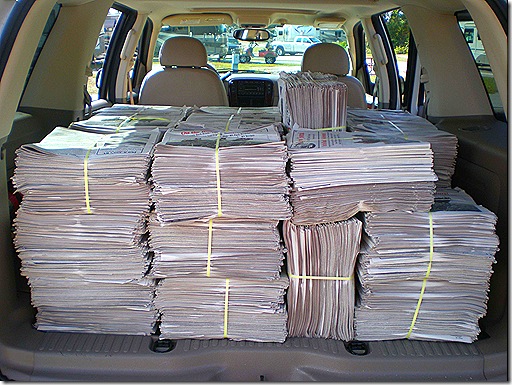 My Sea Eagle PaddleSki 435 inflatable boat sits right behind the driver and passenger sears. I wish our hard shell kayaks took up so little space and were as light! 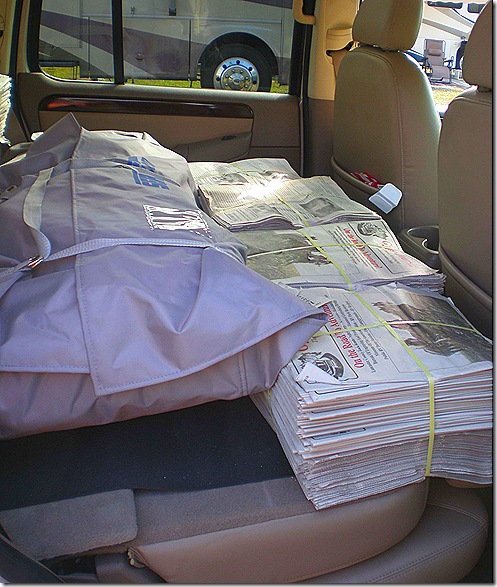 We had two Malone kayak rack sets mounted on a plywood shelf in the back of the van to carry the kayaks, and Terry mounted them to the roof rack of the Explorer. She was feeling under the weather yesterday, and I offered to do it, but Terry said the combination of me on a ladder, with a tool in my hand, wasn’t a comforting thought, and that she’d rather do the job herself than to have to haul me to the nearest Emergency Room, and then come back and do it anyway. 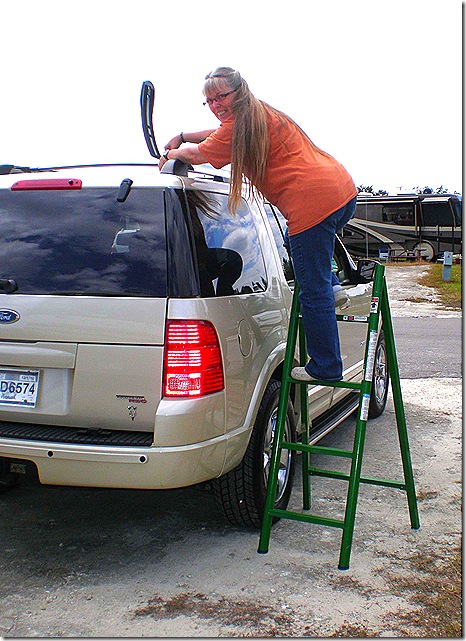 Here are the racks on top of the Explorer. 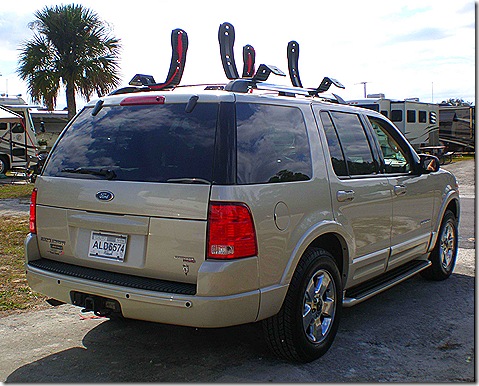 Our Native Watercraft Manta Ray kayaks weigh about 65 pounds each, and we knew that we were going to need help to get them up on the roof. At first, I thought if we used our Beanstalk ladder in its stepladder configuration, and put blankets on it and on the back of the Explorer, we might be able to slide them up. One attempt and we knew that this may have been a good idea in theory, but not upon execution. 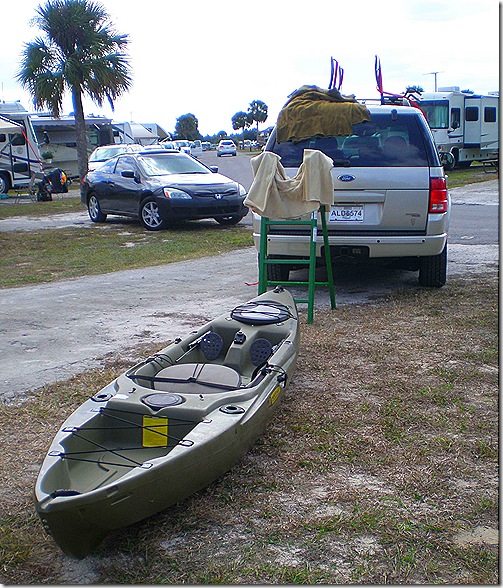 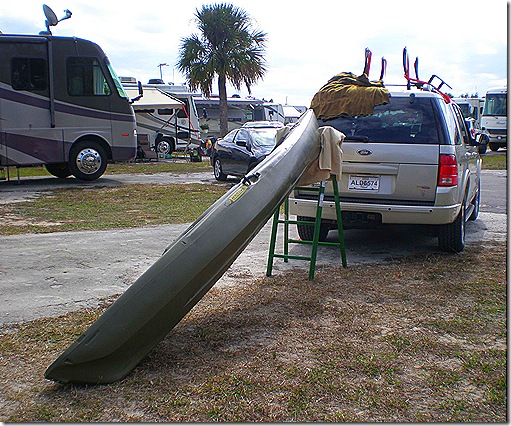 I called my friend Dave Damon, who is also here at the Orlando Thousand Trails, and he came over to lend a hand. Even with the three of us, it was still a chore. But here they are. all strapped down and ready to go. By the way, this picture shows the true color of the Explorer. 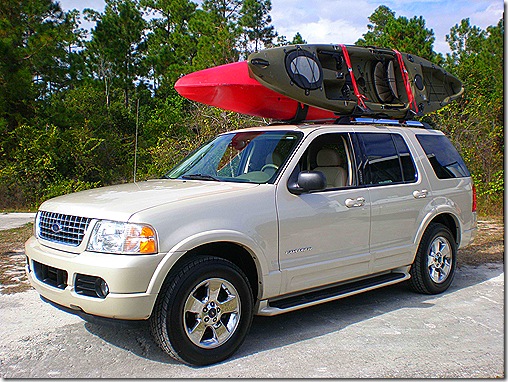 We plan to get a set of Thule Hullavator racks, which will make loading the heavy kayaks a snap. Of course, if I could get Terry to order an inflatable kayak from Tim and Crystal Ryerson at Inflatable Boats 4 Less, life would be much easier. 🙂

The next job was to mount our Trek bicycles on the ladder rack on the back of our motorhome. Terry and I are basically munchkin sized, but can do the job with the Beanstalk ladder. However, since Dave Damon was there, he helped, and made the task much easier. Why have a Hulk sized person around if you can’t exploit him, right? 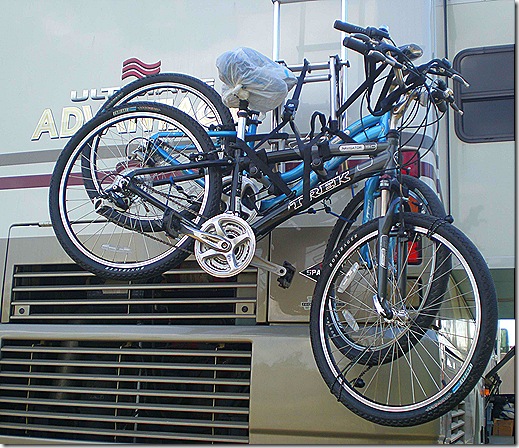 We’ve enjoyed our two weeks here at the Thousand Trails, and we will definitely be back again. But today it’s time to go. It will be a short trip of about 40 miles, to the Escapees Sumpter Oaks campground near Bushnell, Florida. Since we don’t have the base plate on the Explorer yet, we can’t tow it, so Terry will drive it while I drive the motorhome. It will be nice to see some of our Escapee friends again.

Bad Nick avoids hard work at every opportunity, so while we were busy packing, he was busy posting a new Bad Nick Blog titled There Is No Fountain Of Youth. Check it out and leave a comment.

Thought For The Day –It’s liberating to let people think whatever they want about you. They’re going to do it anyway.

14 Responses to “Packed Up And Ready To Roll”