Nick's Blog » Up In The Air

As I wrote in yesterday’s blog, when we were in town on Wednesday, we spent some time at the National Museum of American History, which is one of the dozen or so museums that make up the Smithsonian in Washington. This is our favorite of them all.

We saw all kinds of interesting exhibits and famous things, including the original flag that flew over Fort McHenry during the siege of Baltimore in the War of 1812, inspiring Francis Scott Key to write the Star-Spangled Banner, which became our country’s national anthem.  No photographs are allowed of the flag to protect it for future generations.

But I did get some pictures of a few other things you will recognize, including Archie and Edith Bunker’s chairs from the sitcom All In The Family. 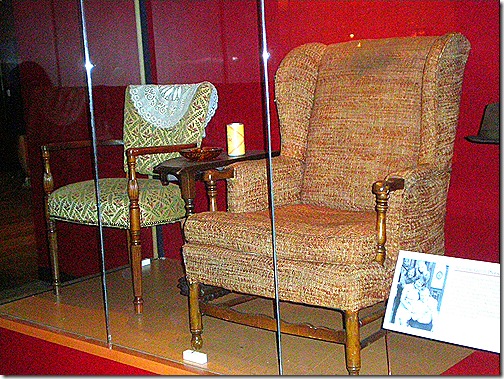 And here’s some memorabilia from another favorite old television show, the jacket worn by the Fonz in Happy Days. Next to the jacket is country comedienne Minnie Pearl’s famous hat, complete with dangling price tag! 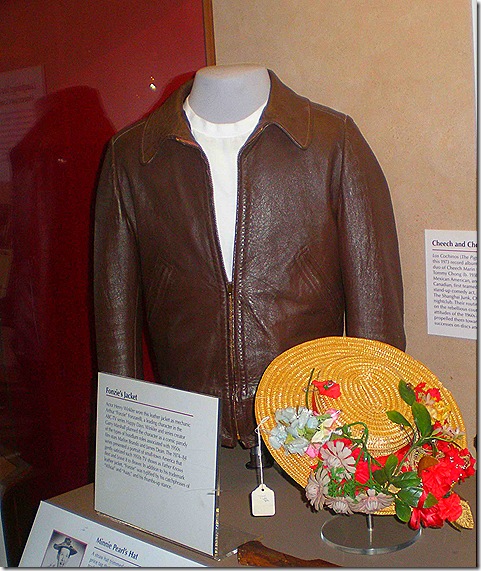 And for the ladies who like cooking shows, such as Miss Terry, they even have Julia Childs’ kitchen on display! 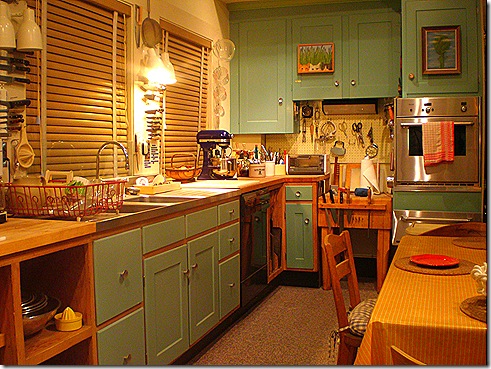 As well as the ruby slippers that Dorothy wore in The Wizard of Oz. 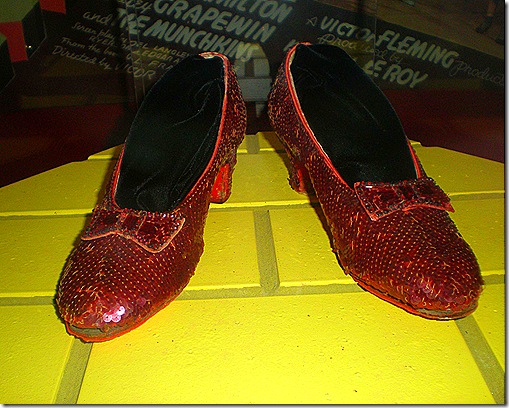 The museum’s collections include everything from musical instruments to coins, dresses worn by America’s First Ladies, weapons, computers, and anything else that tells the story of America and Americans.

We’re supposed to leave here Sunday, and our original plan was to go to the Thousand Trails campground in Gloucester, Virginia for a couple of weeks. But we have a new issue of the Gypsy Journal to get out, and I’m having trouble finding a newspaper printer in the area who uses the same size paper we do, and who can do the job at a price we can afford.

Newspapers don’t get printed at quick print type places, they require a specialized press that is about three times the size of your average motorhome, and cost about 100 times more. We really don’t want to go to the new size of newsprint, which is about two inches narrower and three inches shorter per page than our current format, but sooner or later we may be forced to.

So we’re up in the air right now as to our next move.  I have some feelers out to other newspaper printing plants in the region, because our only other option is to go all the way back to Elkhart to get printed at our regular printer in that area. We really don’t want to backtrack that far if we can help it.

The big storm that has been pounding the east coast certainly pounded us here at Cherry Hill Park in College Park, Maryland. We decided to just stay home yesterday and take a day off from playing tourist, but if the weather gives us a break, we’ll be back at it today. We only have a couple of days left here in the Washington D.C. area, and there is so much to see and do that we could never get to all of it. But, it sure is fun trying!

Bad Nick took advantage of the rainy day yesterday to write a new Bad Nick Blog titled Why Didn’t They Resist? Check it out and leave a comment.

Thought For The Day – The surest sign that intelligent life exists elsewhere in the universe is that it has never tried to contact us.

5 Responses to “Up In The Air”