Nick's Blog » An Easy Driving Day, And Then….

The Flying J at at Catlettsburg, Kentucky had several dedicated RV parking sites, but we were the only RV there Saturday night, which is a first for us. Usually Flying Js fill up with RVs early and they stay overnight, taking advantage of the company’s RV friendly hospitality.

I don’t drink coffee because it might stunt my growth, and I’ll be short when I grow up. But Miss Terry needs a cup or three to get her going for the day, so while she was “putting on her face” yesterday morning, I walked into the truck stop store and got her a large cup. Coming back, I snapped a couple of pictures of our Winnebago in the RV parking area. 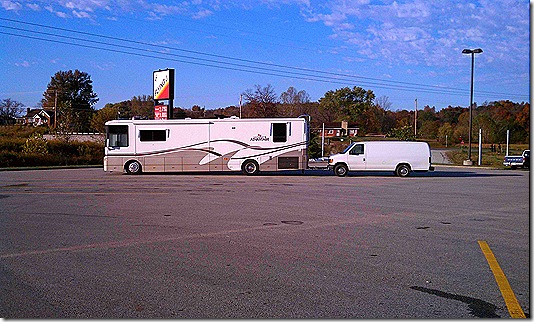 By the way, what is this whole “putting on my face” thing with ladies about anyway? What’s wrong with the face she wore when we went to bed last night, and that I woke up to this morning? It looked darned beautiful to me. How come it’s not good enough for the rest of the world?

We pulled out of the Flying J about 9:30 and had an easy run west on Interstate 64, passing some nice farmland along the way. There were some rolling hills, but nothing like what we had in Virginia and West Virginia the day before. 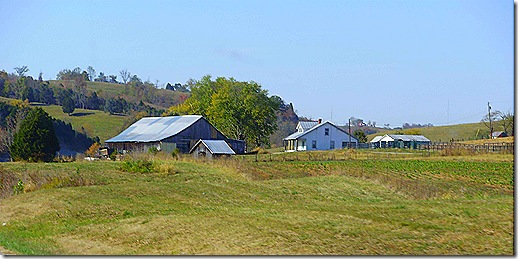 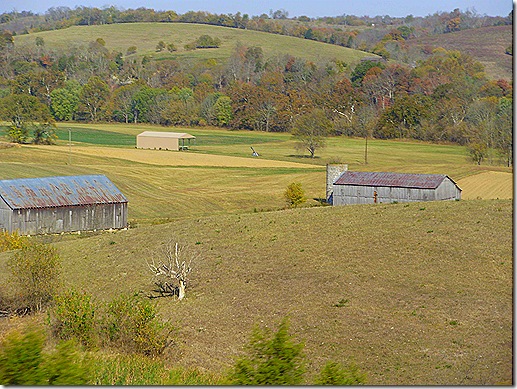 We arrived at the Kentucky Horse Park campground about noon and the place was a madhouse, as weekend campers were pulling out in a hurry to get home, and new folks were coming in. At the dump station, a fellow in a motorhome in front of us almost backed into us after he was finished. All he had to do was drive forward and out, and I have no idea why he put it in reverse instead. I laid on the horn, and he woke up and stopped less than six inches from the front of our Winnebago. His wife got out and apologized to Terry, and said “ I don’t know why that man does the things he does sometimes!” Uh, maybe because he’s an idiot?

I also saw another jerk with a pickup and travel trailer pulling out of one of the camping loops way too fast, and he almost hit a kid on a bicycle. The boy fell off and yelled, and the guy gave him the finger and kept right on going. Another man jumped into his truck and took off after him, while the mother and I checked on the boy. He had a skinned up arm, and was scared, but it could have been a lot worse. What an idiot! I was glad to get backed into our RV site in one piece.

So what do you do if you’ve driven 560 miles in two days? If you’re us, you jump in your van and drive another 60 or 70 miles to visit a cemetery. My great grandparents are buried in Highland Cemetery in Fort Mitchell, Kentucky, which is in the Covington metropolitan area, right across the Ohio River from Cincinnati, and I wanted to find their graves.

The cemetery was huge, but we had the section and plot numbers, and managed to find it with just a little bit of searching. I don’t know much about my family history, but we learned that my great grandfather served in the U.S. Navy. Back at the motorhome, a search on Ancestry.com showed me that he also received a pension from the Navy. The time frame means he could have served during the Civil War, but it will take some more research to get the details of his service. 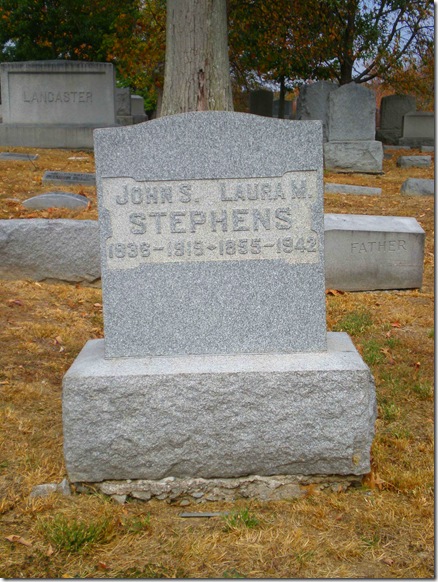 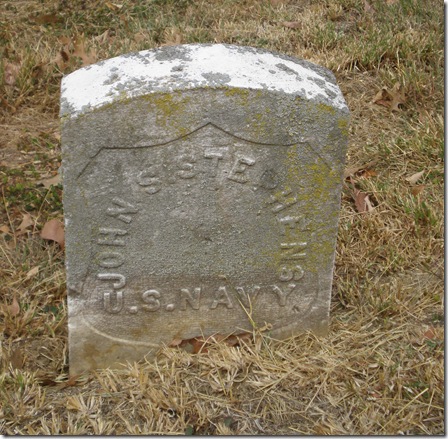 I also had the address where they lived, in the little Ohio River town of Ludlow, Kentucky, which was only a few miles away, so we drove over to check it out. We found the right street, but there was no house with the same number, though the houses and businesses in the neighborhood all date back to the time when my great grandparents lived there. It was pretty neat to drive around, looking at the old homes and businesses, and to think that that my great grandparents, who died before I was born, walked these same streets and saw these same buildings. Did they attend worship services at that church? Did they shop in the stores in this commercial block? Did they fish on the bank of the river where we stopped? It really gave me a connection to them. 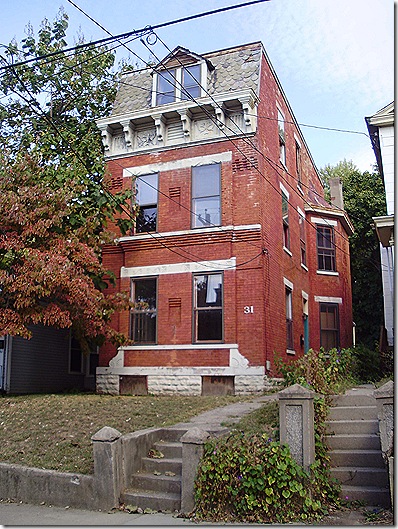 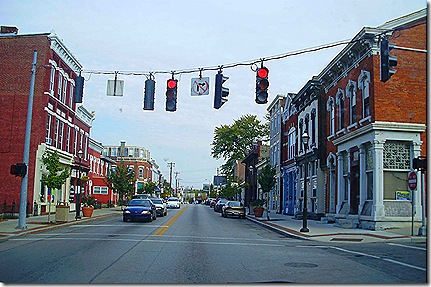 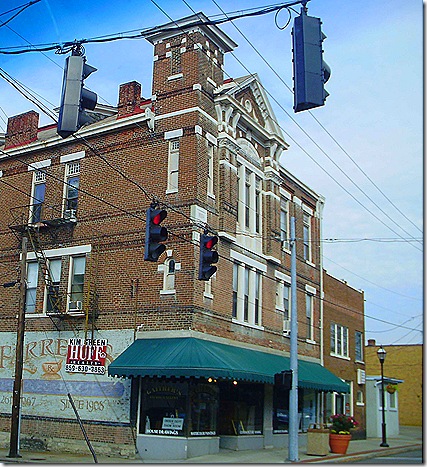 By the time we got back to Lexington, we were famished. Last year when we were here, we discovered the Asian Royal Buffet in Georgetown, a couple of miles north of the Horse Park, and it was very good, so we stopped for dinner. As most readers know, we eat at a lot of Chinese buffets all over the country. If not the very best, this has to be in the very top two or three. The selection was huge and everything was hot and delicious. Our waitress was very efficient and attentive, and the total bill for two of us, with tea and a coke, was $23. We’ll go back every time we’re in the area.

Today I have my annual checkup at the VA hospital, and then we’ll pick up the envelopes from the mail service and start stuffing them with the new issue of the Gypsy Journal. Depending on how long that takes, and whatever follow up attention I need at the VA hospital, we hope to be out of here by the end of the week.

Thought For The Day –To succeed in life, you need three things: a wishbone, a backbone and a funny bone.

6 Responses to “An Easy Driving Day, And Then….”