In spite of some setbacks, such as overbooking vendor spaces, and not having a large enough building for all of the activities, we managed to make our 2010 Eastern Gypsy Gathering rally a success! At yesterday evening’s closing ceremonies, the audience let us know that they had a good time, and we really appreciated their support.

I’m a natural ham and thrive on the attention, but Miss Terry is never comfortable getting up on stage. During the opening and closing ceremonies at our rallies, she let’s me drag her up there, but she’d be much happier just doing what she shines at, working quietly behind the scenes, taking care of 1,001 duties to make sure the rally runs smoothly.

Last night when I had her on the stage, the audience gave her a standing ovation, and if anybody ever deserved one, it sure is Terry. Here is a rare picture of Terry up on stage, during our opening ceremony earlier in the week. 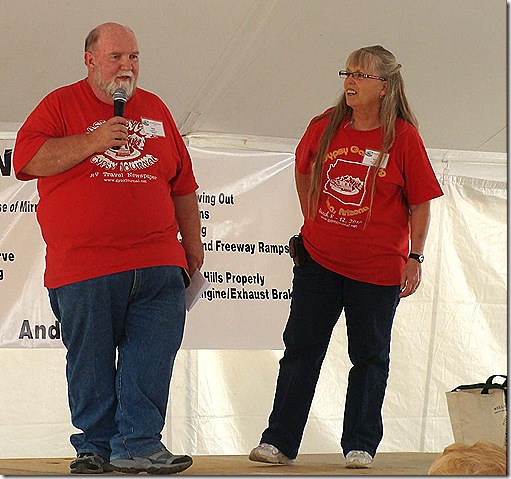 It’s late, and I still have a couple of hours of work to get done for tomorrow, so I’m going to share some pictures my buddy Paul Anderson took at the rally. Here I am enjoying a hug from my friend Marcia Jones. I sure do appreciate a pretty lady! 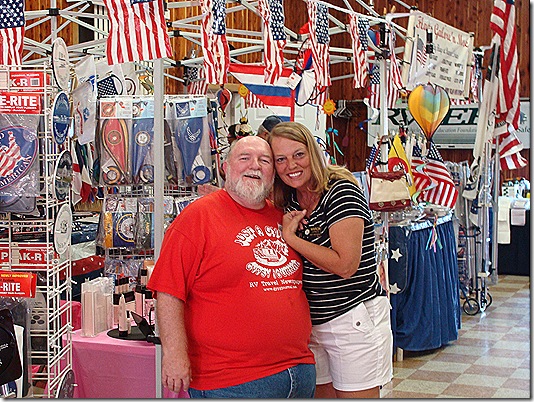 Our vendors all seemed to do well. Here are Bill and Janet Adams from Internet Anywhere, talking to Stu McNichol. Stu said Bill was able to solve a problem with his rooftop TV antenna when the techno-geeks at the network dropped the ball a couple of times. 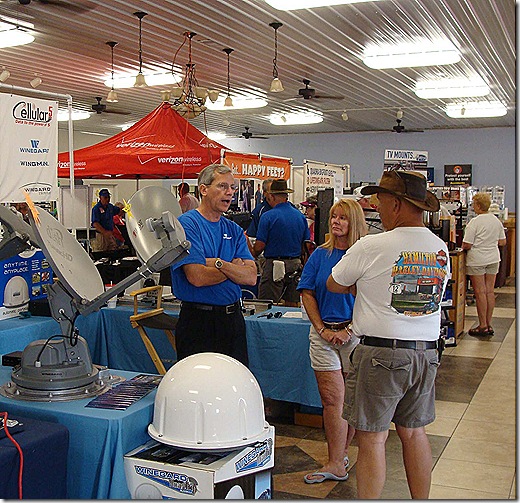 Our vendors had all kinds of goodies for sale that no RVer can do without. 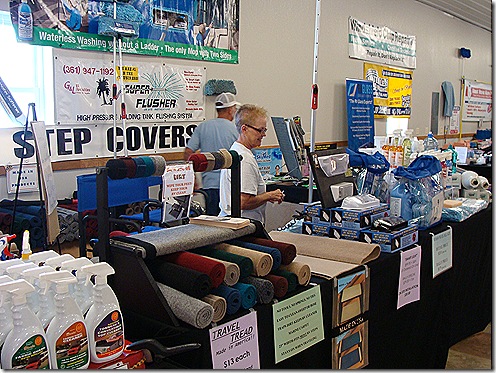 Here are our friends, Butch and Fonda Williams, who sell induction cookware, and make the most delicious almond toffee candy in the world! 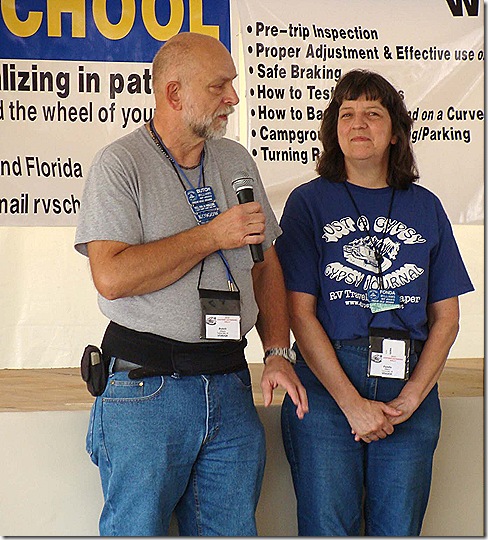 Our rented tent was a busy place all during the rally, serving as a classroom, a place to socialize, and as a venue for our evening entertainment. 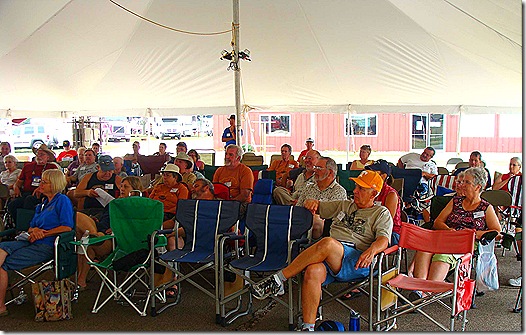 Our classrooms were filled with students for the many seminars we held. 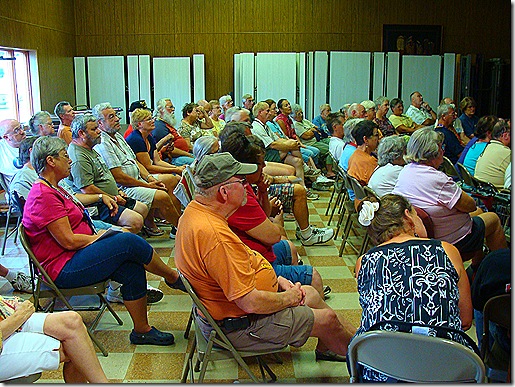 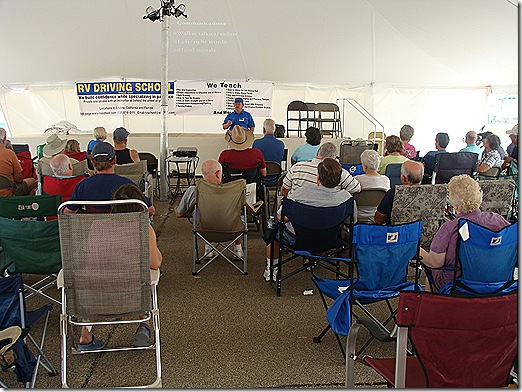 For those looking for some adventure in their lives, the Beginning Kayaking seminar was popular. 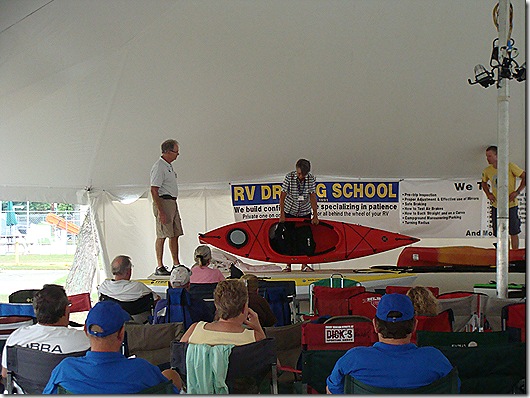 This morning we’ll have coffee and donuts, sponsored by Mac McCoy, better known as Mac the Fire Guy. Then we have about 75 folks going out to tour the Heartland Recreational Vehicles factory, while others will be hitching up and heading off to their next adventures. Still others will be staying on here at Elkhart Campground through the Labor Day weekend, and quite a few will be here until the Escapees RV Club Escapade rally begins in a couple of weeks.

Terry and I will spend a couple of days wrapping up all of the paperwork from the rally, settling our bill with Elkhart Campground, and hopefully finding a few minutes to catch our breath.

But we won’t have a lot of time to relax, since we have to be in Hershey, Pennsylvania in less than a week to get settled in as vendors at the big Hershey RV Show.

Thought For The Day – Statistics show that at the age of seventy, there are five women to every man. Isn’t that a lousy time for a guy to get those odds?