Yesterday we did another one of those long days on the road that I always tell everybody else not to do. I never take my own advice. We were up at 7 a.m. (I really need to break that nasty habit), and on the road by 8. We started our day in northern Wisconsin, and by the time I backed the Winnebago into my cousin Terry Cook’s driveway in Traverse City, Michigan that evening, we had rolled up 480 miles for the day.

We drove north out of Wausau, Wisconsin on U.S. Highway 51, hooked up with U.S. Highway 8, and followed it east across Wisconsin. This is hilly country, and while the road was a nice two lane most of the way, with a few passing zones on the steeper hills, in some places it was like riding a roller coaster. 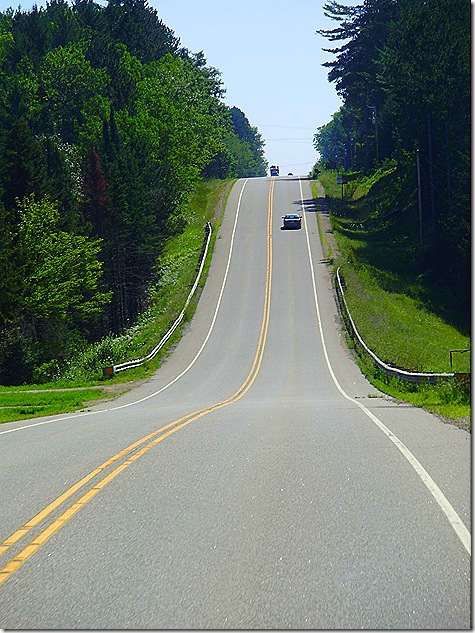 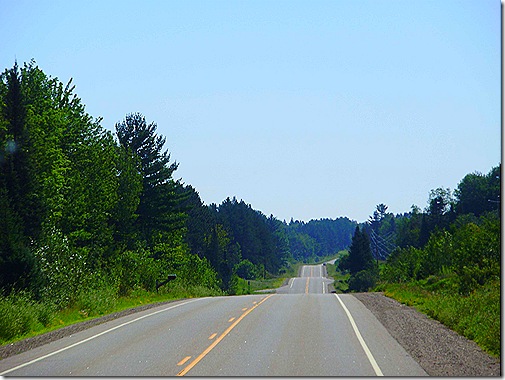 It is amazing how lush the foliage is in this part of the country. Dense forests and thick underbrush lined both sides of the highway. We passed through a few small settlements, but there isn’t much in the way of city life way up there. 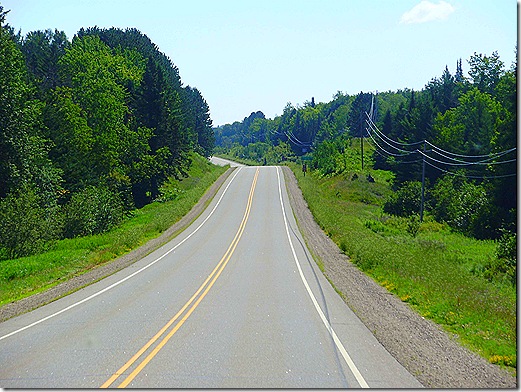 We crossed into the Upper Peninsula of Michigan at the charming little town of Norway, where we got onto U.S. Highway 2 and followed it to Escanaba, and then along the Lake Michigan shoreline for 145 miles. The water is incredibly blue here, and in some places the roadway is just feet from the shoreline. 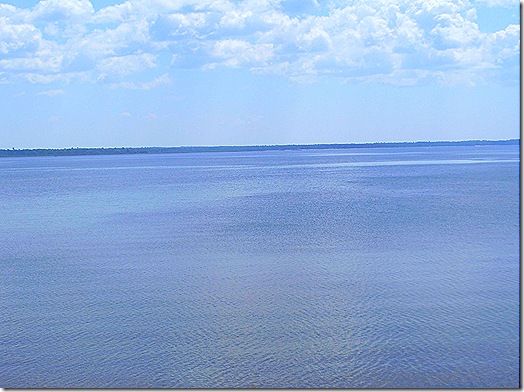 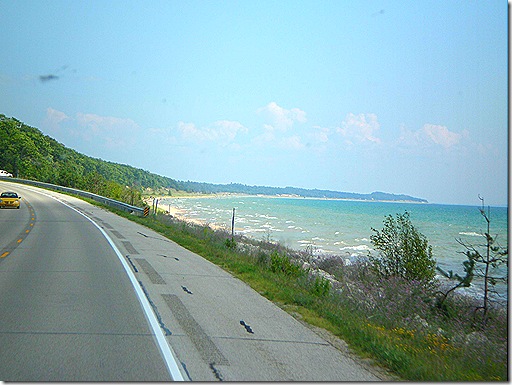 There are plenty of marked pullouts where you can stop to admire the water and play in the sand. 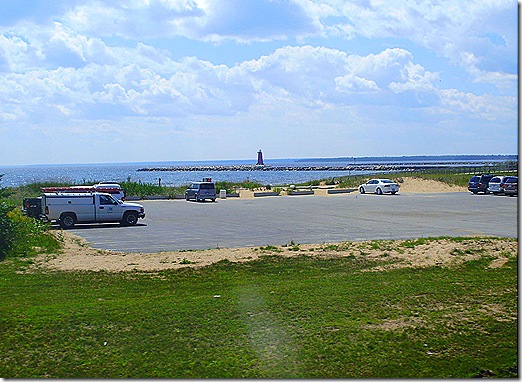 In other places, people park on the shoulder of the highway to access the lake shore. 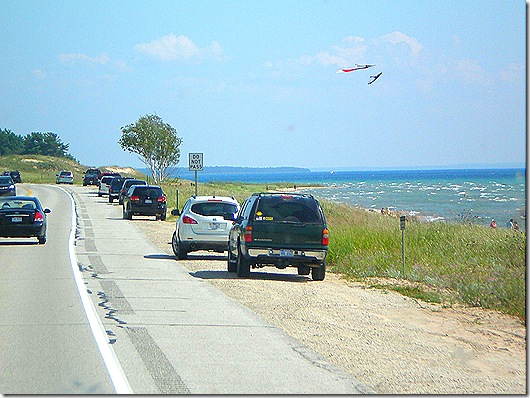 They call the hardy folks who live here Yoopers, for the initials of the Upper Peninsula, UP. It’s a beautiful place in the summertime, but in the winter, I want no part of it. 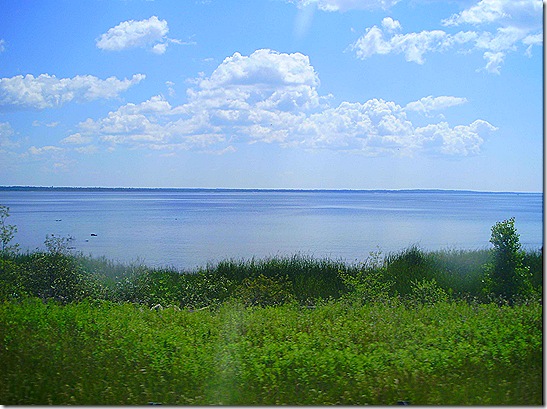 If you heard a high pitched wailing coming from the Midwest yesterday afternoon, don’t worry, Tiny Tim didn’t break a fingernail. That was me driving across the Mackinac Bridge.

I have a real phobia about driving over bridges, and in the last couple of years, I have been working very hard to conquer it. But as I wrote in yesterday’s blog, the very high, five mile long Mackinac Bridge that connects the Upper Peninsula with the rest of Michigan, scares the hell out of me. I’ve driven it a couple of times in the past, and found it absolutely terrifying. So ever since, when we have come this way, it was just easier to have Miss Terry drive while I sniveled, because I am not very good at multitasking. 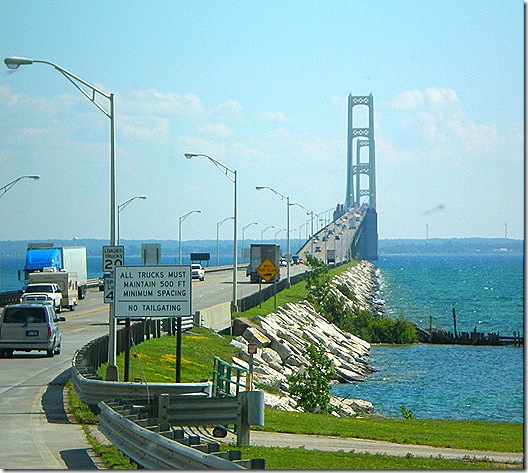 But I believe we have to face our fears head on if we ever hope to overcome them. All the way to the bridge, I was debating with myself whether I was going to keep driving, or chicken out again. Terry is very understanding of my many shortcomings, and she let me know that she would be happy to drive if I wanted her to, or to talk me across the bridge if I needed that.

We rolled up to the toll booth, paid our $12.50 for the motorhome and van we tow behind us, and I was committed. Up, up, and away! The bridge is four lanes wide, the two outside lanes being paved, and the center lanes are paved part of the way, and then grated steel on the higher portions of the bridge. Trucks and RVs are supposed to stay in the outside lanes. 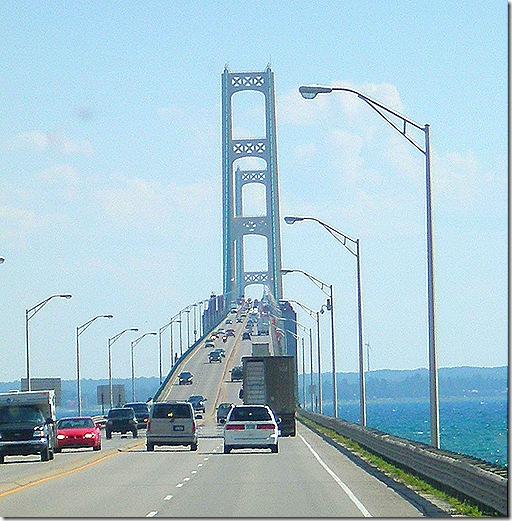 Did I mention that it is very high? Giant Great Lakes freighters look like tiny toys from the bridge. Not that I was looking down to see any! 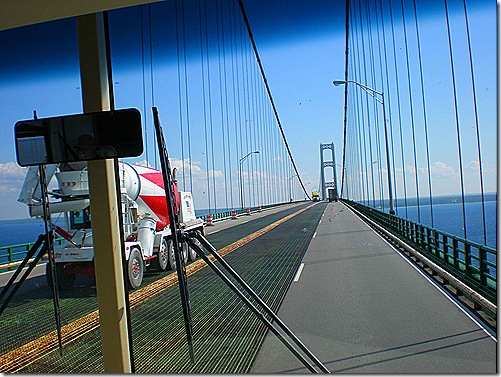 Don’t I look like I’m having fun? If I seem taller in this picture, it is due to a phenomena known as the pucker factor. Cops, pilots and anybody who has ever been in combat are very familiar with the term. 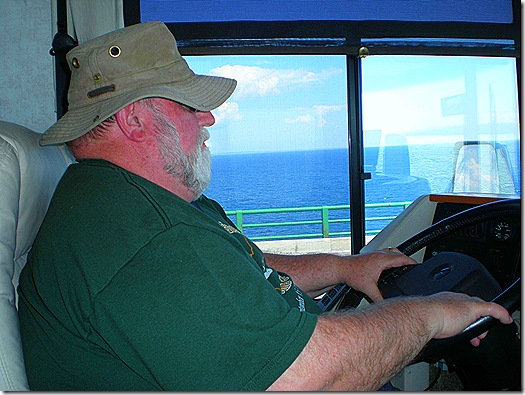 It didn’t help that when we approached the very top of the bridge, we had to change lanes not once, but twice, for construction zones. I was having a hard enough time just following the truck ahead of me in a straight line, let alone changing lanes back and forth! 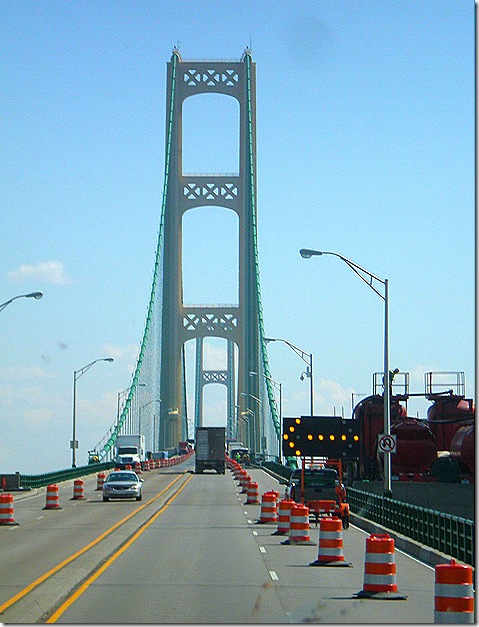 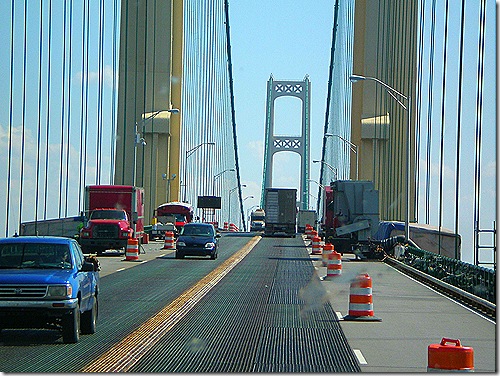 I’m not too proud to say that I did a lot of whimpering as we crossed the bridge, but Miss Terry kept calmly assuring me that it was okay, that I could do this, and that everything was fine. If it wasn’t for her, I may have just stopped right there in the middle of the roadway and ran back to the bedroom and covered up my head. But, like everything else we do in our life, we got through it together, and I made it to the other side. Thanks, baby, for your strength when I have none of my own.

Some people may think it’s pretty silly to be so afraid of a simple thing like driving over a bridge. But what can I say? I didn’t choose this dumb phobia, it chose me.

So I drove the damned bridge. And I’m in no hurry to go back and do it again. We were halfway to Traverse City before the above mentioned pucker factor eased up and I could sit all the way back down in my seat!

Thought For The Day – I plan on living forever. So far, so good.

38 Responses to “Yoopers And Bridges”