We thought about making the drive back to Glenwood Springs yesterday, just so we could drive through Glenwood Canyon in the van, but it was very windy for much of the day.  We had such a backlog of paperwork and e-mails to wade through because we have been busy with the wedding the last few days, that we decided to act like grownups and stay home and work instead. I don’t like being a grownup!

But just because we had to work doesn’t mean you can’t do some virtual sightseeing. Colorado is a colorful place, and here are a few pictures we took the other day that I’ll share with you.

Between Eagle and Vail, Interstate 70 passes through some awesome red rock formations. U.S. Highway 6 parallels the interstate through here, and we took the slower route just so we could pull over and take in the dramatic scenery. 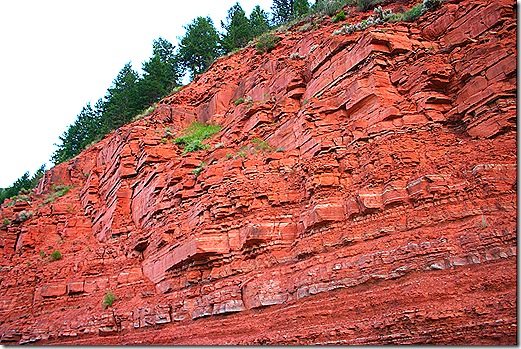 When the sun is setting, the cliff faces just seem to glow. It’s really something to see. 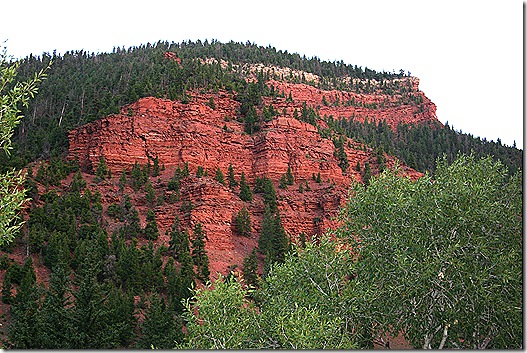 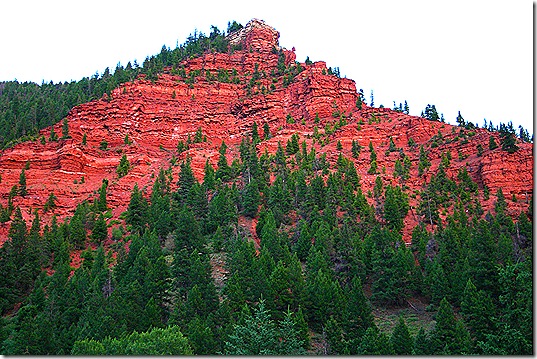 We even saw a covered bridge, though it is not as old, or has the character, as the ones we have seen in Indiana, Iowa, and New England. 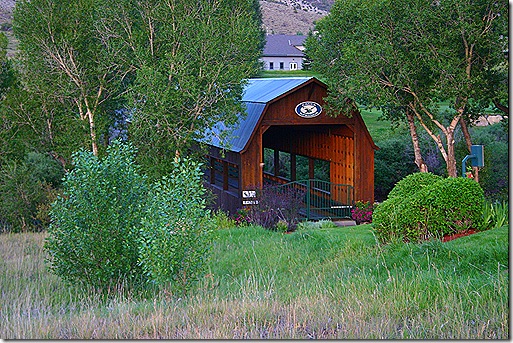 Sunday night we were treated to a beautiful sunset, and Miss Terry managed to capture a couple of good shots of it. 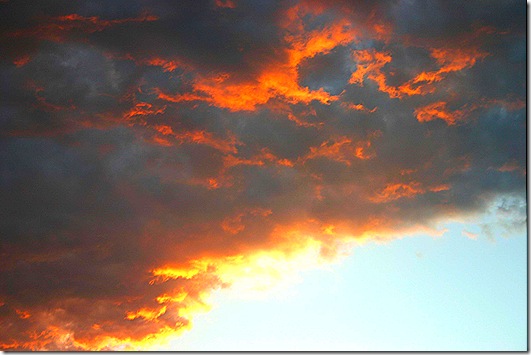 I mentioned the other day that Terry’s son, Cody, is the accountant for one of the major developers in the region. Besides allowing him to live in this outdoor sports wonderland, his job comes with some pretty neat perks, including these gondolas that he can ride right from an upper floor of his office building to the top of the ski slopes! How cool is that? 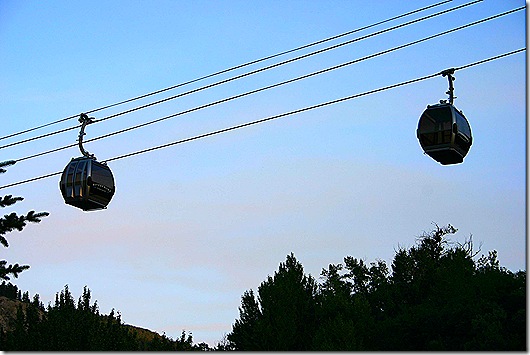 As promised, yesterday I posted a preliminary schedule for our upcoming Gypsy Gathering rally on our Rally Registration Page. Scroll to the bottom of the page to see the seminar lineup. I will be making some changes and adding more seminars as we go, but we have over 50 listed now, so there is sure to be something for everyone!

Today we will be heading east on Interstate 70, through the Eisenhower Tunnel and down into Denver. I’m a bit apprehensive about this stretch of highway, which tops out at 10,666 feet at Vail Pass, and then follows a lot of steep downgrades as we descend the Rocky Mountains.

As I’ve said before, while our Winnebago diesel pusher climbs the mountains much better than our old MCI bus conversion did, the exhaust brake on the motorhome is not nearly as effective as the Jake brake was in the bus. My Mountain Directory shows that there are several places on the eastern descent where the speed limit for heavy semi-trucks is 32 miles per hour. I plan to be in the right hand lane poking along with them all the way down!

For those of you who get concerned when I write about doing long days on the road, here’s fair warning that we’re about to do it again. We want to stop at the Winnebago factory in Forest City, Iowa and have some work done on our coach.

Since the Winnebago Grand National Rally is in Forest City, Iowa this week, I wasn’t sure about the chances of getting in for service. I  called Winnebago to ask about an appointment, and was told that they do not make them during rally week or right after, but if we arrive by Friday at 3 p.m., we can put our name on a list to get service, and we should be able to get in by Tuesday or Wednesday. But, we have to actually be there to sign up, they won’t take our name by telephone.

It’s 940 miles, so we can do it easily, and we’ll scoot right along, so we can hopefully catch up with some of our friends who are in Forest City for the rally, before they hit the road.

While we were out taking pictures and attending weddings, Bad Nick was home posting a new Bad Nick Blog titled Who’s The Racist. Check it out and leave a comment.

Thought For The Day – We wander for distraction, but we travel for fulfillment.