So much for that little ditty “April showers bring May flowers.” Yesterday, May 1st, it snowed on us (again) in Show Low, Arizona. It was just flurries on and off, but it was still snow! I highly disapprove!

We were out and about all day long, and it was darned chilly! Our pals Don and Sharon DelRosario are going to be coming through this area in a few days, and Sharon had suggested that we might all go kayaking. Sorry kid, but the water in the local lakes is way too cold for me! I can’t seem to get in or out of  a kayak without falling on my butt at least once, which has nothing to do with the stability of my kayak, and a lot to do with my inherent clumsiness. I don’t know, the idea of chunky dunking in cold mountain lake water just isn’t all that appealing to me.

Something that we really appreciate on these chilly northern Arizona evenings are our new Teepee Creepers. Terry ordered us both a pair of these extremely comfortable sheepskin moccasin slippers, and they arrived the other day. Now, no matter how low the temperatures dip at night, our feet are toasty warm! I’ve had other sheepskin slippers over the years, and believe me, nothing else compares in comfort or quality. 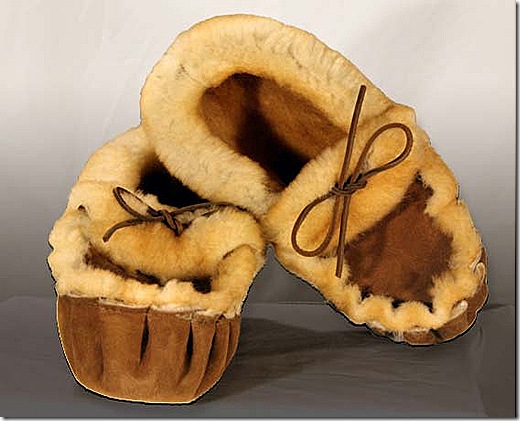 Yesterday the Show Low Elks lodge had a gun show and a classic car show going on at the same time. Except for pretty women and junk food, there isn’t much in life I like more than good guns and old cars. so this was a great “twofer” for me.

Before we hit the road, I had four classic cars and displayed them at the local car shows. And, being a gun nut, I knew all of the shooters in the area. I never went to a gun show or a car show without running into several of my cronies to shoot the bull with.  I know I’ve been away from our old hometown for a long time, but that fact was really brought home to me when I wandered through the gun show, and then the car show, and didn’t see one familiar face.  I’m just a stranger now.

The guns were all overpriced, and while there were a few nice cars that I drooled over, and one beautiful vintage Mustang convertible that I was trying to figure out how to drag behind the van that we drag behind the Winnebago, I came away empty handed.

We had planned to stay here at Juniper Ridge RV Resort until the end of May, but between the cold weather that won’t go away, and the need to spend some time with my cousin Beverly down in Tucson, we are reconsidering that. We may run down to Tucson for a few days to thaw out, and then pay a visit to Terry’s parents in Apache Junction before we come back up to Show Low.

Bad Nick doesn’t like the cold either, so he stayed inside yesterday to post a new Bad Nick Blog titled It’s Becoming A War Zone. Check it out and leave a comment.

Thought For The Day – My mind is like a steel trap: rusty, dangerous, and banned in 37 states.

4 Responses to “No May flowers, Just Snow Showers”