After several days of trying to breathe new life into my cousin Beverly’s aging Acer laptop computer, and trying several fixes suggested by Jim Guld from Geeks on Tour and my buddy Greg White, my two “go to” guys when dealing with computer technical issues, it was decided that it was time to go computer shopping.

So yesterday we took Beverly to Best Buy to look at what was available. Miss Terry and my daughter Tiffany both have Toshiba laptops, and they have been very pleased with them. So after comparing a couple of different machines, Beverly became the proud new owner of a Toshiba Satellite laptop with 4 gigs of RAM and a 320 gig hard drive. 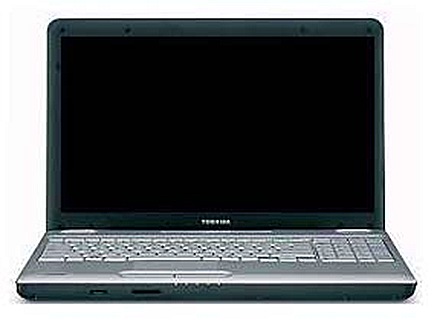 Best Buy is a retailer for the new Apple iPads, and I have been checking in with the store every day or so in the hopes that they might get one of the 3G models in, but they sell out as quick as they get them. But I asked a salesman anyway, and as it turned out, he said they had one in stock, an open box item, with a $30 discount. I was reaching for my wallet when he told me it was a 32 gig model. Oh shoot, I want a 64 gig, because I know I’ll use the extra storage space. I was tempted anyway, but I have learned that it’s always better to wait and get what you want than to settle for less. Eventually the supply will catch up with the demand and they’ll be sitting on store shelves everywhere.

After we left Best buy, we stopped at IHOP for a bite to eat, and for the first time since Friday I was able to actually eat, though I only managed to finish about half of my meal. A few blog readers have written to tell me that they think I have been dealing with food poisoning, but I have dealt with this onion allergy for much of my life, and I’m all too familiar with the symptoms. I think it’s about history now, and hopefully it will be a long time before I have such an episode again. Thank you, everybody, for your concern.

When we got back to Beverly’s apartment, I spent an hour or so setting up her new computer, transferring her list of Favorites and photos of her granddaughters from the old laptop to the new one, and making sure she could get online okay with it.

Terry and I have really enjoyed having this time with Beverly. She is one of the special people in my life, whom I love very much.  Here is a picture of Miss Terry and Beverly I took the other day. What a pair of pretty ladies! 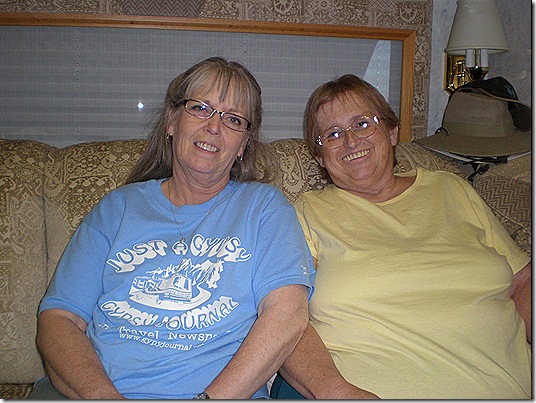 We’ll probably leave Tucson tomorrow or Wednesday so we can get up to Apache Junction and visit with Terry’s parents for a few days, and hopefully get our Norcold refrigerator recall upgrade done. Then we’ll head back to Show Low and spend some more time with daughter Tiffany and the grandkids for a while before we begin our summer travels.

While I was busy with Beverly’s new computer, Bad Nick was at his computer writing a new Bad Nick Blog titled New Gun Law A Bad Idea. Check it out and leave a comment.

Thought For The Day – If money is the root of all evil, why do churches always ask for it?