On our way back to Show Low after dropping the new issue of the Gypsy Journal off at the printer in Flagstaff yesterday, we took a break to explore the ruins of Two Guns, which was once a Route 66 icon. 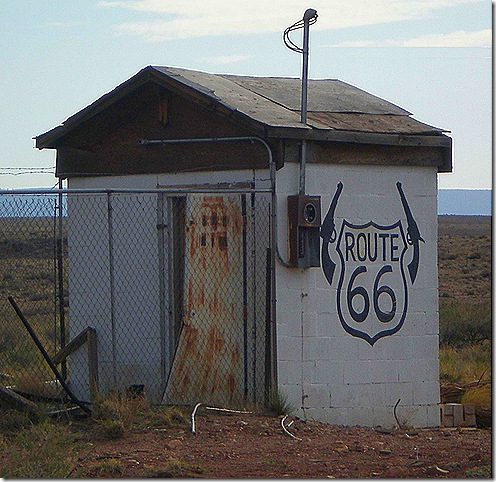 There isn’t much left these days except stone ruins, but you can just feel the history of this old place.

Two Guns is sandwiched between Interstate 40 (which replaced Route 66) and Diablo Canyon, a deep, rough chasm with a history all its own. Warring Indians used the canyon as a refuge and to launch ambushes against their enemies. One legend tells of a “death cave” in the canyon near Two Guns, in which a war party of 42 Apaches hid after raiding two Navajo villages. When the Navajos pursuing the war party discovered the secret cave, they set fires at the entrance, sending their enemies to a horrible death by smoke inhalation and asphyxiation.

Two Guns was named for a eccentric hermit named “Two Gun Miller,” who claimed to be an Apache and to live in a cave in Canyon Diablo. Miller operated a trading post and tourist attraction at Two Guns, making a living off the travelers who passed by.  He was a colorful character who billed himself as “Chief Crazy Thunder,” wore his long hair braided, and told wild tales of his adventures to thrill the tourists.

Two Guns was typical of the Route 66 tourist traps that dotted the highway from Chicago to Los Angeles. Miller built a series of stone buildings at Two Guns, including a zoo where he displayed several mountain lions, rattlesnakes, and a collection of other wild animals. Other buildings include a restaurant, Indian curio shop, and a tourist court where road weary travelers could spend the night. 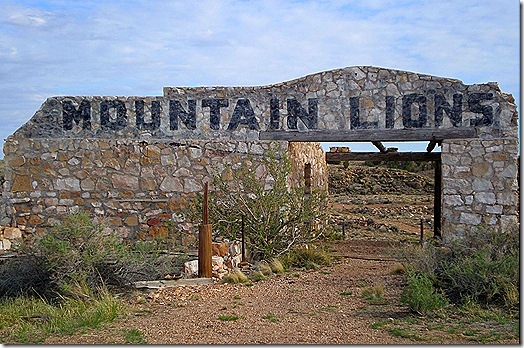 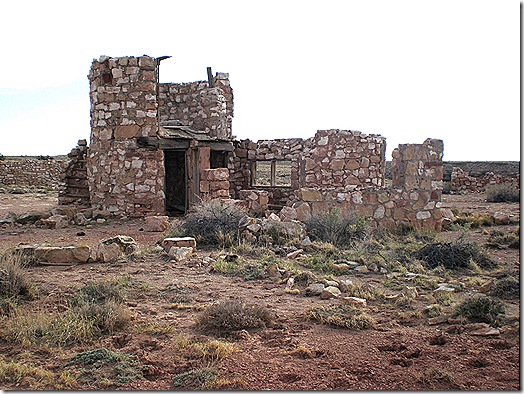 We drove past the ruins of the old mountain lion pens and across an ancient concrete bridge, then followed a dirt road a quarter mile or so to the main ruins perched on the edge of Canyon Diablo. Most of the old stone and block buildings have fallen in, but one turret-like structure still had a spiral stairway winding up the outside of it. 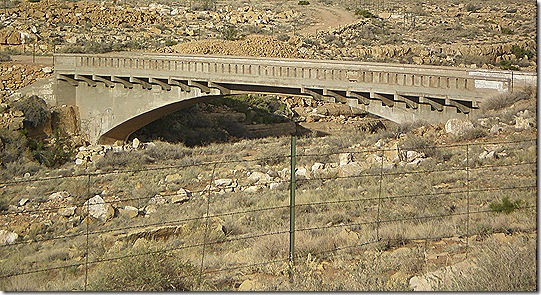 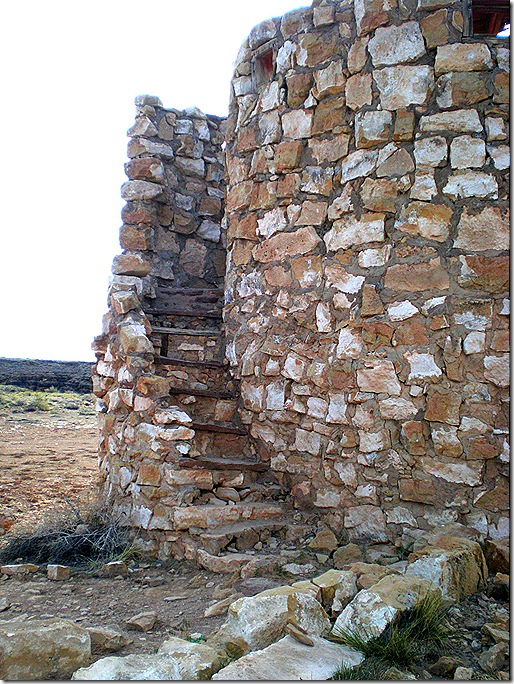 Being careful of rattlesnakes, we walked around the old ruins and wondered about the lives of those who had been here before us. Peering over the edge of the deep canyon, we understood why it was such an important refuge for the Indians who once lived here, and why it was such a roadblock when the railroad came through northern Arizona. 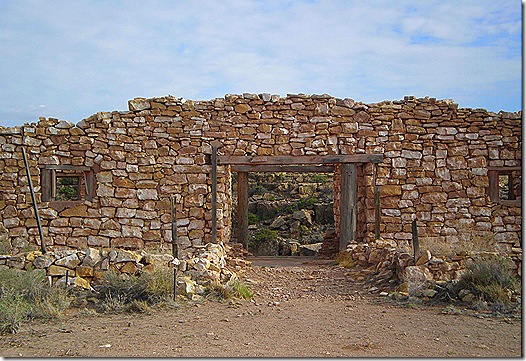 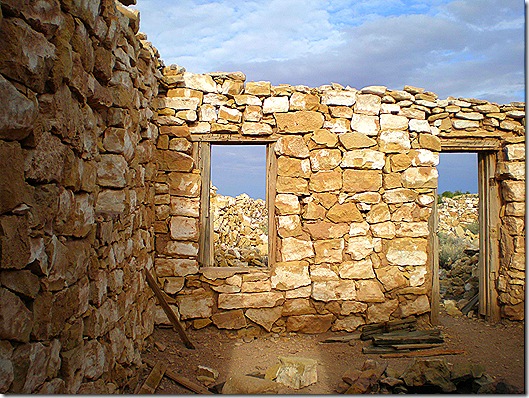 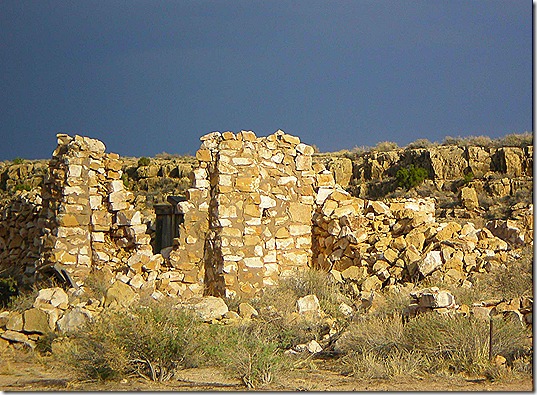 The road was a bit rough, but our van had no problem getting us back to the ruins. I wouldn’t want to drive it in a passenger car, and in bad weather I wouldn’t attempt it in anything less than a four wheel drive vehicle. 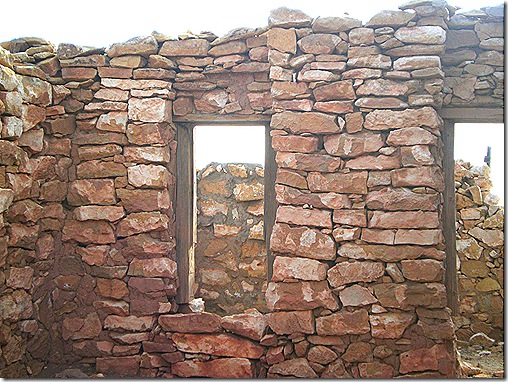 I was pleased to see that, unlike many of the ghost towns I have been too, overall Two Guns is in decent shape. There was evidence of a camp fire, a few broken bottles, but no graffiti or piles of trash laying around.

Two Guns is located on the south side of Interstate 40 at Exit 230, and is visible from the highway. After you turn off the highway, there are the remains of a service station and campground on the hill to your right, but if you go there, you’ve gone too far. The road to Two Guns is an immediate right after you get off the highway. Drive west about 1/4 mile and turn through the fence to Two Guns.

Thought For The Day – We have enough youth, how about a fountain of Smart?