For the last couple of weeks, the television mounted above the dashboard in our Winnebago motorhome had been warning us that it was on its last legs. The picture would go black for a few minutes, and then return, and the duration of the video outages was growing longer and longer.

Since this was the original TV that came with the motorhome when it was built in 2002, we knew it would not last much longer. We decided that we’d just wait until it gave up the ghost, and then replace it with a modern LCD television. Well, I guess that time has come.

One of the first lessons I learned in Mac McCoy’s fire safety classes was to shut off the source of a fire’s fuel, in this case electricity. I quickly ran outside and unplugged our cord, and back inside, made sure that the inverter was turned off. We determined that there was no actual fire, just components inside the TV getting hot. But I’m sure glad we had not gone away and left the TV on. That could have been very bad.

We took the face plate off the TV cabinet, and then unbolted the mounting bracket that held the old TV in place. After we unhooked the electric and video cables, I carried the old TV outside. Man, that thing sure was heavy! We’ll definitely lighten our load having it gone!

As a temporary measure, we sat a 19 inch Vizio LCD TV that we had inside the cabinet, and it sure looked tiny in there, compared to the huge old original equipment TV that was there! I wish the darned TV would have died while we were in Las Vegas, where we had a zillion places to shop for a new one, and I had Greg White there to help us install it. Hey Greg, want to come see me in Arizona?

When we in Williams, Arizona over the weekend, we made a quick trip to Flagstaff and did some shopping at Sam’s Club and Best Buy. After looking at a lot of different models of TVs, and discovering just how little I know about so much of the new technology, I learned about neat things like HDMI cables, screen refreshment, and pixels. Well, I didn’t really learn. The techno-geeks talked and I just stood there blinking, and occasionally nodded my head like I understood what they were saying.

We eventually bought a 26 inch Samsung LED model. Apparently the LED technology is newer, and supposedly better, then LCD. But what do I know? 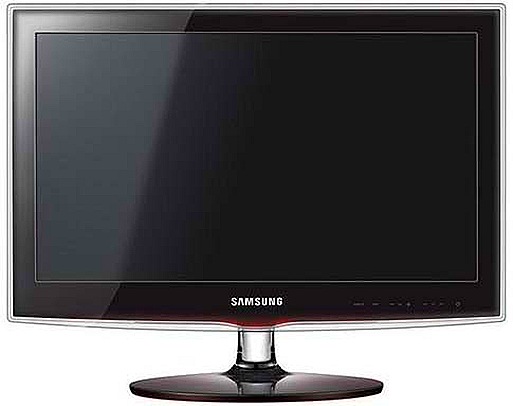 Now we have to figure out how to hook it up and mount it, in place of the old TV.

Bad Nick doesn’t even try to get involved in all of that technical stuff, so he just stayed out of the way and wrote a new Bad Nick Blog post titled Dumb A$$ Report #3. Check it out and leave a comment.

Thought For The Day – I walk as much as I can, because you need nothing to walk, you spend nothing, you consume nothing, you emit nothing.