We had originally planned to stay in Kingman, Arizona until Monday, visiting my old friend Mike Howard. But a combination of Mike not feeling very well, terrible cell phone and internet service, and a scheduling mix up changed our plans.

But somehow communications between their main office in Denver, Colorado and the folks in Williams went awry, and after a lot of phone calls back and forth, a bit of frustration further complicated by it being the holiday weekend, and a false start or two, it was decided that we’d come to Williams yesterday, and take the train to the Grand Canyon today.

I know that Mike was disappointed to see us leaving so soon, but if he’s anything like me, the last thing I want to do when I’m under the weather is have to entertain guests. We hope to stop in and see him again in a few weeks, after we spend some family time with my daughter in Show Low.

I think Mohave County, Arizona was just as happy to see me go as I was to leave. Is it just me, or is that mountain giving me the finger? 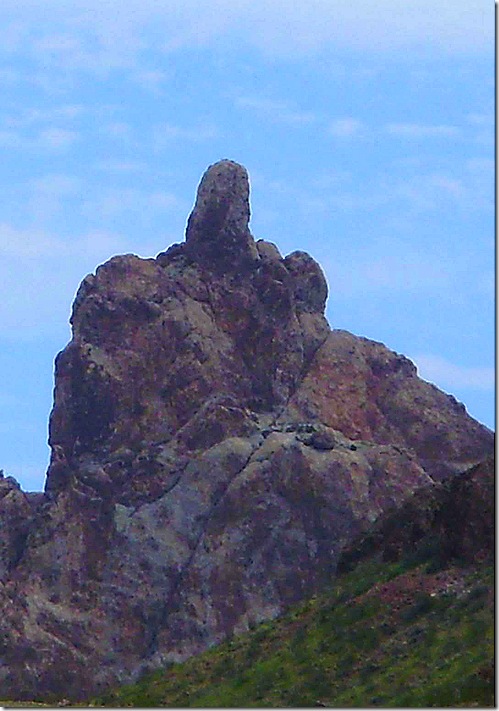 What a difference a year makes! Exactly one year ago to the day, we left Kingman headed for our old hometown of Show Low. I just re-read my blog post for that trip, and noted that it was a slow, torturous trip uphill, and that between Seligman and Williams, we were crawling along on the shoulder of Interstate 40 in our old MCI bus conversion at 10 miles per hour, radiator misters on, and temperature gauge just bumping the red line.

This trip, in our Winnebago Ultimate Advantage, we were doing over 50 miles per hour, passing eighteen wheelers on the steep climbs, and our Cummins diesel engine never missed a beat. There are a lot of things about that old bus that I really loved, but driving it in the mountains wasn’t one of them.

Once we were settled into our site at the RV park, we went looking for someplace to eat. A girl at the railroad depot, and somebody at the local Visitor Center, both recommended the Pine Country Restaurant, which features 25 different pies, baked fresh daily. Well, let me at them!

The service was friendly, the portions huge, and while our dinners were good, I wouldn’t call them great. But the pies! Oh, the pies! The servings were just as large as with the rest of the meal, and beyond delicious. I had the pecan pie alamode, and Terry had cherry Dutch crumb, and we argued over whose was better. Miss Terry said the next time we go there, we’ll just have a sandwich to have room for more pie! 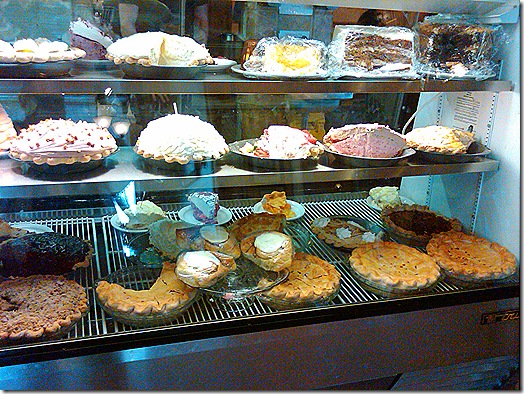 Once we had finished our dinner, we had to make a quick run into Flagstaff, 30 miles to the east, to go TV shopping. While we were at Best Buy, a pretty young lady sales clerk invited me to play with the new Apple iPad, which was just released yesterday. Anytime a pretty girl asks me to play with anything, especially a new gadget, I’m all over it!

To be honest, when I first heard about the iPad, I wasn’t at all interested. But after spending a few minutes browsing the web and watching a video on it, my thinking changed 180 degrees. This thing is cool, and I could find a hundred uses for it.

Would I buy one? Probably not, but only because in another month or so they are introducing a new, improved version with 3G capabilities, in addition to the WiFi the current models have. The young lady also told me that Apple will be making its iPhone available to Verizon customers by the end of the year. I’ve heard rumors of that before, and if it does happen, I’ll definitely make the change from my Blackberry Storm. I’ve used the Blackberry for almost a year now, and I have also played with a few iPhones, and the Apple product is far superior in my opinion.

Okay, we’re off to ride the train!

Thought For The Day – Finding fortune among the accidents of life – is there any greater talent?

6 Responses to “Escape From Kingman”