In a blog last week, I took you on a tour of Two Guns, Arizona, a relic of the glory days of historic Route 66.

Across the highway from Two Guns, and three miles up a gravel road, lies what is left of the ghost town of Canyon Diablo. You have probably never heard of this long ago Old West town, but at one time it was bigger than Flagstaff, and wilder than Tombstone or Dodge City. The term hellhole was a perfect description of Canyon Diablo.

The town sprang up out of nowhere about 1882, when construction of the Atlantic and Pacific Railroad came to a sudden halt when it reached the edge of steep-sided Canyon Diablo. 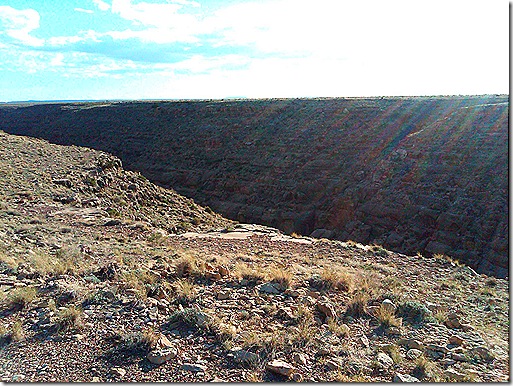 It took months to order and have the materials sufficient to span the deep canyon sent from back east, and the railroad workers spent their time carousing in the ramshackle town that took its name from the neighboring canyon.

Anywhere there was a railroad payroll, saloonkeepers, gamblers, prostitutes, and outlaws were sure to follow, lured by the scent of easy money. Before long, over a dozen saloons, two dance halls, ten gambling dens, and four brothels lined both sides of the town’s one street, known as Hell Street.

Canyon Diablo’s saloons, gambling halls, and brothels were open and busy 24 hours a day. Before long, the population had swelled to over 2,000 people, bigger than Flagstaff, located 40 miles to the west. Twice weekly stagecoach service operated between Canyon Diablo and Flagstaff, and robbing the stagecoach was a popular pastime for the local outlaws. With no town marshal, the criminal element was free to do whatever it wanted, and shootouts and knifings were commonplace.

Finally the need for law enforcement was too great to overlook, and a marshal was hired. The job would require a courageous man, but courage alone was not enough. The town’s first lawman pinned on his badge at 3 p.m., and they buried him in Canyon Diablo’s fast-growing Boot Hill at 8 p.m. the same night! Five more brave, or foolhardy, men took on the job, and all five were promptly killed in the line of duty. The longest survived a month before they planted him too, in Boot Hill.

All told, 36 men would end up in Boot Hill, and all but one met violent deaths. Finally the U.S. Army had to come in and take over Canyon Diablo to quell the criminal activity there.

Canyon Diablo died just as quickly as it was born. Once the railroad bridge spanned the canyon, the workers moved on westward with the tracks, and the whores, thieves, and killers followed them. A few die hard hooligans lingered for a while, but things calmed down pretty fast. 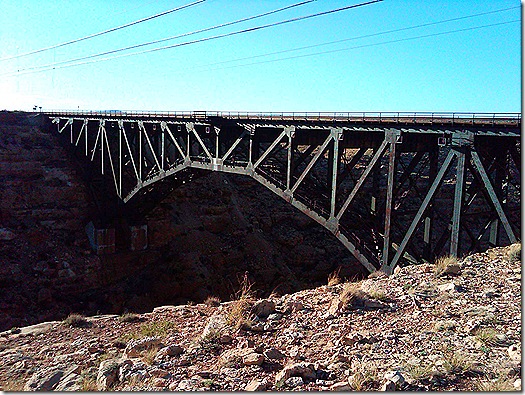 For several years a German named Hermann Wolf operated a trading post at Canyon Diablo, and when Wolf died in 1899, he was the only man buried at Boot Hill who died peacefully.

Today there isn’t much left of Canyon Diablo except a stone wall of Herman Wolf’s trading post and a few small stone ruins quietly melting back into the high desert. 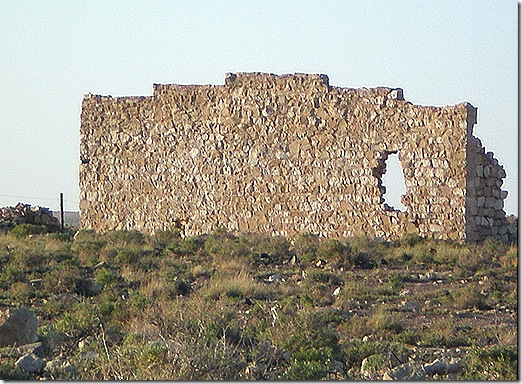 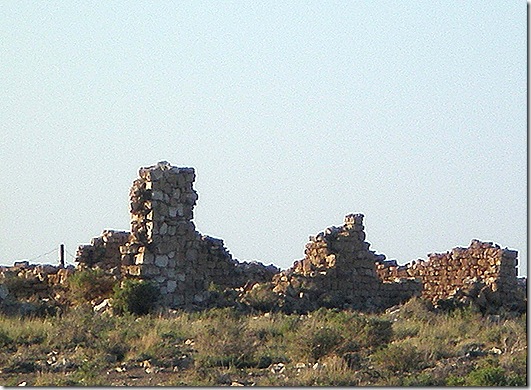 The only evidence of the infamous Boot Hill is Hermann Wolf’s lonely grave, surrounded by a falling down pipe fence. Local lore says that sometime after World War II, a relative of Wolf’s came from Germany and replaced his original wooden grave marker with the current headstone. 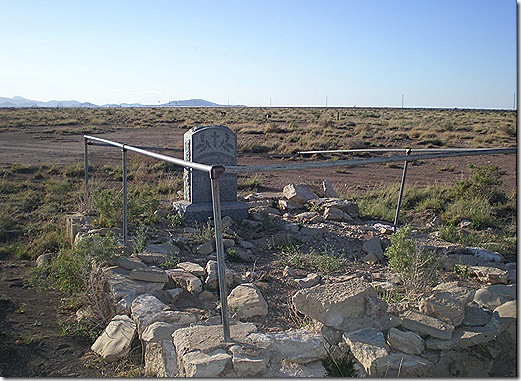 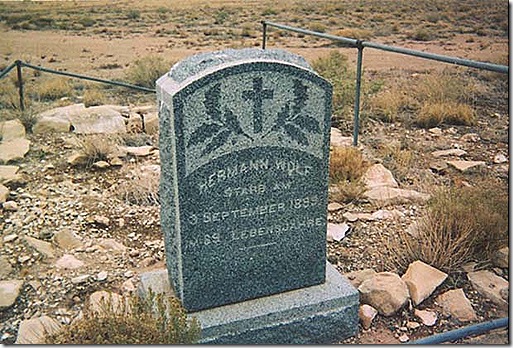 None of the other grave markers have survived, though there is a noticeable depression in the earth next to Wolf’s grave that could very well be a sunken gravesite. 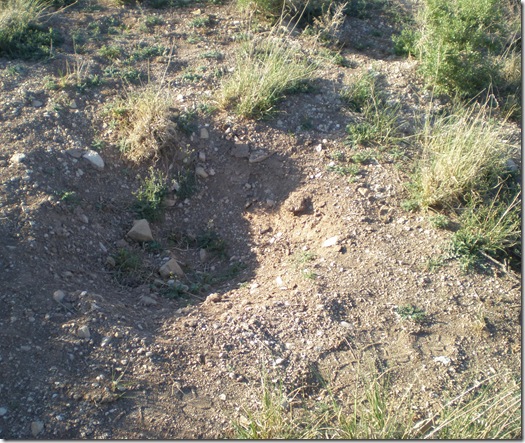 Canyon Diablo is located three miles north of Interstate 40, Exit 230. From the north side of the highway, follow the paved roadway west a few hundred feet to where it curves to the right and turns to gravel, then continue north three miles to the railroad tracks. The tracks are blocked, but you can park your vehicle and walk about ½ mile west to the town’s ruins, which are on the north side of the tracks. Hermann Wolf’s grave is south of the railroad tracks, and about 1/8 mile west of the road you drive in on.

In good weather, the rough road is suitable for a high clearance vehicle, but a passenger car would have considerable difficulty. Be careful of rattlesnakes! Wear boots, and watch where you put your hands and feet. Please be respectful of the gravesite and ruins – take only pictures and leave only tracks.

Thought For The Day – All that truly matters in the end is that you loved and were loved.